Zaid (also transliterated as Zayd, Arabic: زيد) is an Arabic given name and surname.

The romanization of Arabic is the systematic rendering of written and spoken Arabic in the Latin script. Romanized Arabic is used for various purposes, among them transcription of names and titles, cataloging Arabic language works, language education when used instead of or alongside the Arabic script, and representation of the language in scientific publications by linguists. These formal systems, which often make use of diacritics and non-standard Latin characters and are used in academic settings or for the benefit of non-speakers, contrast with informal means of written communication used by speakers such as the Latin-based Arabic chat alphabet.

Arabic is a Semitic language spoken primarily across the Arab world. Having emerged in the 1st century, it is named after the Arab people; the term "Arab" was initially used to describe those living in the Arabian Peninsula, as perceived by geographers from ancient Greece. 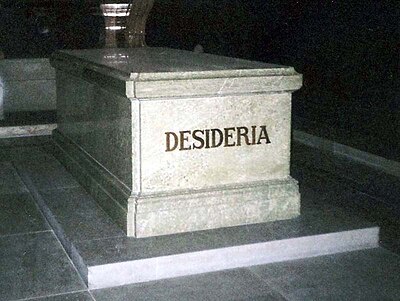 A given name is the part of a personal name that identifies a person, potentially with a middle name as well, and differentiates that person from the other members of a group who have a common surname. The term given name refers to a name usually bestowed at or close to the time of birth, usually by the parents of the newborn. A Christian name is the first name which is given at baptism, in Christian custom.

In some cultures, a surname, family name, or last name is the portion of one's personal name that indicates one's family, tribe or community.

Zaid Abdul-Aziz is an American former professional basketball player. Donald Smith changed his name to Zaid Abdul-Aziz in 1976 after he converted to Islam. The 6'9" Abdul-Aziz starred at Iowa State University before being drafted by the NBA's Cincinnati Royals in 1968. He played ten seasons in the league as a member of the Royals, Milwaukee Bucks, Seattle SuperSonics, Houston Rockets, Buffalo Braves, and Boston Celtics. Nicknamed "The Kangaroo", he had perhaps his finest season in 1971–1972, when he averaged 13.8 points and 11.3 rebounds for Seattle. He retired in 1978 with career totals of 4,557 points and 4,065 rebounds.

Dato' Mohd Zaid bin Ibrahim is a Malaysian politician, lawyer and former Minister in the Prime Minister's Department for Legal Affairs and Judicial Reform. He was previously a Senator in the Dewan Negara, the upper chamber of the Parliament of Malaysia.

Zaid Melikovich Orudzhev is an Azerbaijani-born Russian academic specialising in the history of philosophy, dialectical logic and sociological methodology. He is a doctor of philosophy and currently a professor at the Moscow State Academy for Business Administration. 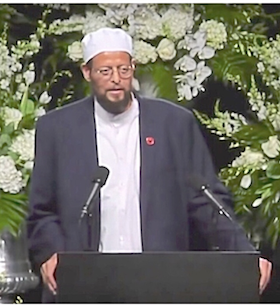 Zaid Shakir is an American Muslim scholar and co-founder of Zaytuna College in Berkeley, California. He teaches courses on Arabic, law, history, and Islamic spirituality. 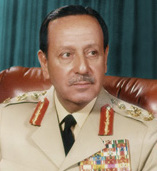 Zeid Ibn Shaker, GBE, CVO served as commander-in-chief of the Jordanian military for more than twelve years and the 27th Prime Minister of Jordan three times. King Hussein awarded him the non-hereditary title prince on 4 February 1996.

Zayd al-Khayr was a noted, significant companion of Muhammad, the prophet of Islam. Hailing from the tribe of Tayy in northern Nejd. He was originally known as Zayd al-Khayl, but after becoming Muslim, Muhammad renamed him Zayd al-Khayr.

Zayd bin al-Dathinnah was a companion of the Islamic Prophet Muhammad. He was killed during the Expedition of Al Raji. In 625 some men requested that Muhammad send instructors to teach them Islam, but the men were bribed by the two tribes of Khuzaymah who wanted revenge for the assassination of Khalid bin Sufyan by Muhammad's followers and they killed the Muslims 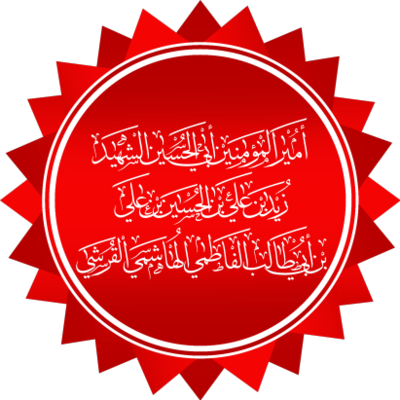 Zayd ibn ʿAlī, also spelled Zaid, was the son of Ali ibn al-Husayn Zayn al-Abidin, and great-grandson of Ali ibn Abi Talib. He led an unsuccessful revolt against the Umayyad Caliphate, in which he died. The event gave rise to the Zaidiyyah sect of Shia Islam, which holds him as the next Imam after his father Ali ibn al-Husayn Zayn al-Abidin. Zayd ibn Ali is also seen as a major religious figure by many Sunnis and was supported by the prominent Sunni jurist, Abu Hanifa, who issued a fatwa in support of Zayd against the Umayyads.

Zayd ibn al-Khaṭṭāb was a companion of the Islamic prophet Muḥammad and a brother of Umar ibn al-Khattab, the second Islamic caliph.

Zayd ibn Arqam was a Sahabi ("Companion") of the Islamic prophet Muhammad. He was from the tribe of Khazraj and a senior Companion from the Ansar "Helpers" in Madina, he attended 17 campaigns with Muhammad and died in 66 Hijri

Zayd ibn Suhan was a companion of the Islamic prophet Muhammad, and is revered by Shia Muslims. He was the brother of Sa'sa'a bin Sohan. He is mentioned in Sahih al-Bukhari. He was killed in the Battle of the Camel by Amr Al Yathribi.

Zayd bin Thabit was the personal scribe of the Islamic prophet Muhammad, serving as the chief recorder of the Quran text. He hailed from the ansar (helpers), but later joined the ranks of the Muslim army at age 19. After Muhammad's passing in 632, he was ordered to collect the Quran into a single volume from various written and oral sources. He was a noted expert on the Quran and spent much time reciting it.

Zayd Mutee' Dammaj, was a Yemeni author and politician. He is best known for his short novel The Hostage which was selected by the Arab Writers Union as one of the top 100 Arabic novels of the 20th century.

Zayd Sherovich Saidov is a Tajik businessman and politician. Saidov was engaged in business through the 1990s, but in 1999 went into government service, working as Tajikistan's Industry Minister from 2002-2007. In 2013, he was arrested and sentenced to 26 years in prison for his alleged engagement in financial fraud, polygamy, and sexual relations with a minor. He is currently serving 29 years in prison after additional charges of forgery, embezzlement, abuse of office, and tax evasion were added.

Zayd Salih al-Faqih is a Yemeni short story writer, journalist and essayist. He was born in a village in Ibb Governorate in 1964, and studied Arabic language at Sanaa University. He then continued his studies at the University of Dhamar. He worked at the Yemeni ministry of culture, becoming the head of press and communication. He has published a number of short story collections, including Awtar li-awridat al-ghubar and Qunut (Obedience). He has also served as the secretary general of the Yemeni Writers' League. 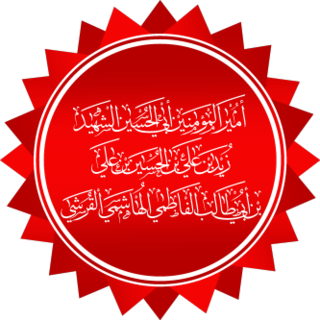 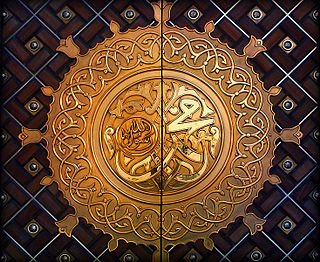 This page or section lists people that share the same given name or the same family name.
If an internal link led you here, you may wish to change that link to point directly to the intended article.