Zachariah Churchill (born May 25, 1984) is a Canadian politician from Nova Scotia. He serves as the member of the Nova Scotia House of Assembly for Yarmouth, first elected in 2010.

Churchill graduated from Saint Mary's University in 2007 with a Bachelor of Arts degree.[1] He served as National Director of the Canadian Alliance of Student Associations from 2007 to 2009, representing student organizations across Canada.[2][3]

Churchill was nominated by the Nova Scotia Liberal Party in the riding of Yarmouth in May 2010.[4] He won the by-election held on June 22, 2010, which was contested by six high-profile candidates. Churchill garnered over half the popular vote, defeating John Deveau, who had served as MLA for the region, and by Charles Crosby, who served as Mayor of Yarmouth for two decades, and two minor-party leaders.[5] Churchill became the first Lebanese Canadian elected to the Nova Scotia House of Assembly.

Churchill was re-elected during the 2013 general election.[3][6] On October 22, 2013, Premier Stephen McNeil appointed Churchill to the Executive Council of Nova Scotia as Minister of Natural Resources.[7]

On July 24, 2015, McNeil shuffled his cabinet, moving Churchill to Minister of Municipal Affairs and Minister of Communications Nova Scotia.[8][9][10] On June 15, 2017, Churchill was shuffled into the Minister of Education and Early Childhood Development portfolio.[11][12]

As Minister of Education and Early Childhood Development, Churchill introduced major reforms into Nova Scotia's education system. This included the introduction of universal Pre-primary across the province, a Liberal campaign commitment during the 2017 election.[13]

Churchill was re-elected for the fourth time in 2021, winning the riding of Yarmouth with 56% of the vote.

In the wake of the Liberal Party's defeat in the 2021 Nova Scotia General Election election, Churchill became Deputy Leader of the Official Opposition and Health Critic.[16]

Yarmouth is a provincial electoral district in Nova Scotia, Canada, that elects one member of the Nova Scotia House of Assembly. It consists of the Municipality of the District of Yarmouth and the town of Yarmouth.

John Deveau is a Canadian politician. He represented the electoral district of Yarmouth in the Nova Scotia House of Assembly from 1998 to 1999. He was a member of the Nova Scotia New Democratic Party.

Charles A. (Tick) Crosby is a former mayor of the town of Yarmouth, Nova Scotia, Canada. He served from 1988 to 2008 and in 2004, he was also President of the Union of Nova Scotia Municipalities.

This list comprises persons who belong to a visible minority group who have been elected to the federal House of Commons, legislative assemblies of provinces and territories, and members appointed to the Senate. Note that the term "visible minority" refers to Canadians who identify as neither white nor indigenous.

The 2013 Nova Scotia general election was held on October 8, 2013, to elect members to the Nova Scotia House of Assembly. 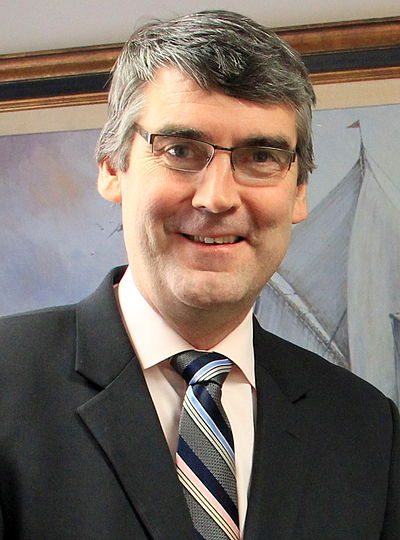 Stephen McNeil is a Canadian politician who served as the 28th premier of Nova Scotia, from 2013 to 2021. He also represented the riding of Annapolis in the Nova Scotia House of Assembly from 2003 to 2021 and was the leader of the Nova Scotia Liberal Party from 2007 to 2021. 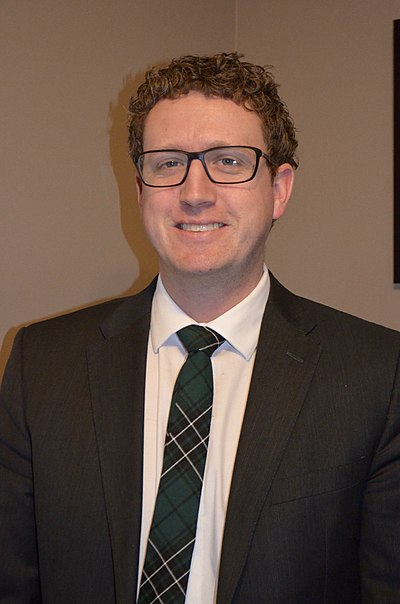 The 2021 Nova Scotia Liberal Party leadership election took place on February 6 to elect a leader to replace Premier Stephen McNeil, who on August 6, 2020, announced his pending resignation after leading the party since 2007 and returning the party to government in 2013 after being out of power for fourteen years.

The COVID-19 pandemic in Canada is part of the ongoing worldwide pandemic of coronavirus disease 2019. It is caused by severe acute respiratory syndrome coronavirus 2. Most cases over the course of the pandemic have been in Ontario, Quebec, British Columbia and Alberta. Confirmed cases have been reported in all of Canada's provinces and territories. 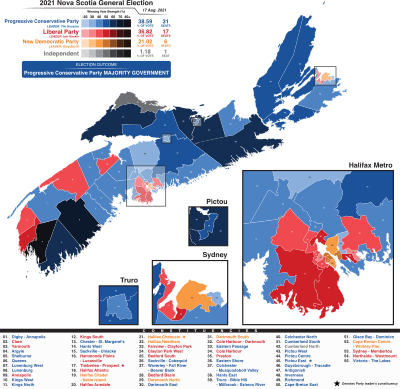 The 2021 Nova Scotia general election was held on August 17, 2021, to elect members to the 64th General Assembly of Nova Scotia.

In 2019, two MLAs (including PC Leader Tim Houston) alleged they had been accosted by Churchill. They described the incidents as verbally and physically threatening.[18] Churchill admitted that he could be "confrontational", but denied physical altercations. Maureen MacDonald, former NSNDP leader, says Churchill became physical with a member of her caucus.[19]

The 2021 Nova Scotia general election was held on August 17, 2021, to elect members to the 64th General Assembly of Nova Scotia.

The Progressive Conservative Party of Nova Scotia, is a moderate political party in Nova Scotia, Canada. Like most conservative parties in Atlantic Canada, it has been historically associated with the Red Tory faction of Canadian conservatism. The party is currently led by Pictou East MLA Tim Houston. The party won a majority government in the 2021 provincial election.

The Nova Scotia New Democratic Party is a social-democratic, progressive provincial party in Nova Scotia, Canada. It is the provincial entity of the federal New Democratic Party (NDP). It was founded as the Co-operative Commonwealth Federation (CCF) in 1932, and became the New Democratic Party in 1961. It became the governing party of Nova Scotia following the 2009 Nova Scotia election, winning 31 seats in the Legislature, under the leadership of Premier Darrell Dexter. It is the first New Democratic Party in Atlantic Canada to form a government, and the second to form a government in a province east of Manitoba. The party lost government at the 2013 election, losing 24 seats, including Dexter's seat. Gary Burrill, the party’s leader from 2016 to 2022, is credited with bringing the party back to its left-wing roots. The party currently holds 6 seats in the Legislature and has been led by Claudia Chender since June 2022.

The Green Party of Nova Scotia is a green political party in the Canadian province of Nova Scotia. It received official party status in the province in April 2006. The party has not won any seats in the Nova Scotia House of Assembly.

An electoral swing analysis shows the extent of change in voter support, typically from one election to another, expressed as a positive or negative percentage. A multi-party swing is an indicator of a change in the electorate's preference between candidates or parties, often between major parties in a two-party system. A swing can be calculated for the electorate as a whole, for a given electoral district or for a particular demographic.

The 2017 Nova Scotia general election was held on May 30, 2017, to elect members to the Nova Scotia House of Assembly.

The 2013 Nova Scotia general election was held on October 8, 2013, to elect members to the Nova Scotia House of Assembly.

Charles A. (Tick) Crosby is a former mayor of the town of Yarmouth, Nova Scotia, Canada. He served from 1988 to 2008 and in 2004, he was also President of the Union of Nova Scotia Municipalities. 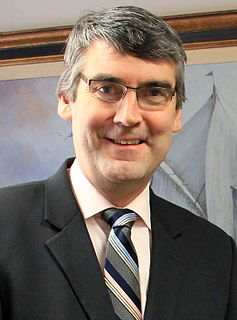 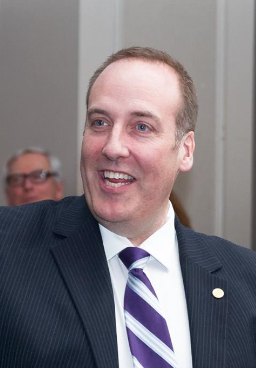 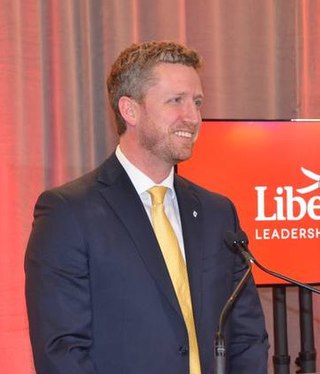 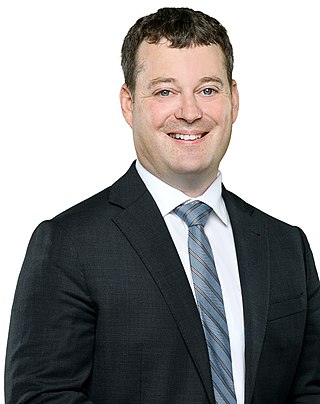