Valdís Þóra Jónsdóttir (born 4 December 1989) is an Icelandic professional golfer who played on the Ladies European Tour between 2017 and 2020.[1] She won the mixed team gold at the 2018 European Golf Team Championships.

Jónsdóttir was born in Akranes and participated in her first golf tournament when she was 8 years old. At 13, she started training seriously, and she was named Athlete of the Year in her hometown Akranes 4 years in a row 2007–2010.[1] She won the Icelandic National Championship in 2009, 2012 and 2017.[2]

She played for the National Team, including at the European Ladies' Team Championship and the 2012 Espirito Santo Trophy. In 2010 she was named Icelandic Golfer of Year.[3]

Akranes is a port town and municipality on the west coast of Iceland, around 50 km (31 mi) north of the capital Reykjavík.

The European Ladies' Team Championship is a European amateur team golf championship for women organised by the European Golf Association. The inaugural event was held in 1959.

The 2012 Espirito Santo Trophy took place 27–30 September at the Gloria Golf Club, on its New Course and Old Course in Antalya, Turkey.

Jónsdóttir turned professional in 2013 and joined the LET Access Series in 2015.[4] In 2016, she tied for 3rd at the Ribeira Sacra Patrimonio de la Humanidad International Ladies Open, one stroke behind winner Marion Duvernay.[5]

In 2017, Jónsdóttir joined the Ladies European Tour after finishing 2nd at Q-School, behind Madelene Sagström.[6] Her best finnish in her rookie season was a solo 3rd place at the Sanya Ladies Open in China, behind Solar Lee and winner Celine Boutier. She led the season-ending Santander Golf Tour LETAS El Saler by 3 strokes after the first round, but finished solo second, a stroke behind Emma Nilsson.[4] She also qualified for her first major, the 2017 U.S. Women's Open.

In 2018, she finnished third at the Australian Ladies Classic Bonville, again behind winner Celine Boutier. After a tie for 21st at the South African Women's Open, she rose to a career high of 299th in the Women's World Golf Rankings.[7] She qualified for her second major, the 2018 Women's British Open, as one of the top-25 in the LET Order of Merit.

In 2019, she followed-up a first round 63 with a 70 to hold a two-stroke lead after the second day of the NSW Women's Open.[9] She finished 5th. In 2020, she recorded a 7th place finish at the South African Women's Open, 3 strokes behind winner Alice Hewson.

Plagued for years by a back injury, Jónsdóttir announced her retirement from tour in April 2021.[3]

The LET Access Series (LETAS) is a professional golf tour for women and the official development tour to the Ladies European Tour.

The Ribeira Sacra "Patrimonio de la Humanidad" International Ladies Open was a women's professional golf tournament on the LET Access Series, held between 2013 and 2019 near Lugo in the autonomous community of Galicia, Spain.

The Ladies European Tour is a professional golf tour for women which was founded in 1978. It is based at Buckinghamshire Golf Club near London in England. Like many UK-based sports organisations it is a company limited by guarantee, a legal structure which enables it to focus on maximising returns to its members through prize money, rather than on making profits for investors. The tour is run by a Board of Directors and a Players' Council. Most of the players on the tour are European, with members from more than 40 countries internationally. The tour operates tournaments across five continents.

Madelene Maria Sagström is a Swedish professional golfer who plays on the U.S.-based LPGA Tour. She won the 2020 Gainbridge LPGA at Boca Rio and was runner-up at the 2021 Women's British Open.

The Sanya Ladies Open was a golf tournament co-sanctioned by the China LPGA Tour, Ladies Asian Golf Tour and the Ladies European Tour from 2010 to 2017. It was played at the Yalong Bay Golf Club in Sanya, China.

Emma Nilsson is a Swedish professional golfer and member of the Ladies European Tour. She was runner-up at the 2020 South African Women's Open. 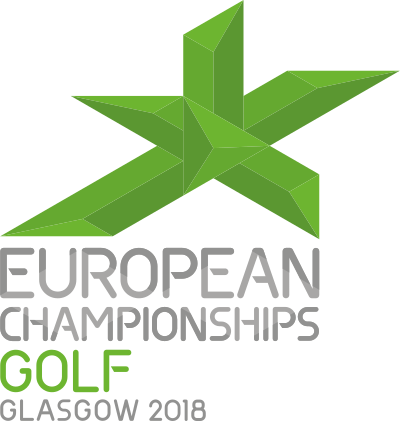 The 2018 European Golf Team Championships was a golf tournament played in August 2018 at Gleneagles, Scotland. It was the inaugural event and consisted of three competitions – men's, women's and mixed team format. 16 two-player teams took part in both men's and women's competitions.

Birgir Leifur Hafþórsson is an Icelandic professional golfer and former European Tour player. At age 41, he became Iceland's first winner on the Challenge Tour, winning the 2017 Cordon Golf Open in France. He also won the mixed team gold and the men's silver at the 2018 European Golf Team Championships at Gleneagles, Scotland.

Results not in chronological order.

The Women's PGA Championship is a women's professional golf tournament. First held in 1955, it is one of five majors on the LPGA Tour. It is not recognized as a major by the Ladies European Tour, which does not recognize any of the three majors played in the United States.

The Evian Championship, currently known for sponsorship reasons as The Amundi Evian Championship, is a women's professional golf tournament in France, played at the Evian Resort Golf Club in Évian-les-Bains. It was originally held in June, moved to July in 2003, and moved again to September in 2013. It returned to a July date in 2019.

The Women's Open is a major championship in women's professional golf. It is recognised by both the LPGA Tour and the Ladies European Tour as a major. The reigning champion is Ashleigh Buhai, who won in a playoff at Muirfield in 2022.

The European Ladies' Team Championship is a European amateur team golf championship for women organised by the European Golf Association. The inaugural event was held in 1959.

The Espirito Santo Trophy is a biennial world amateur team golf championship for women organised by the International Golf Federation.

The 2012 Espirito Santo Trophy took place 27–30 September at the Gloria Golf Club, on its New Course and Old Course in Antalya, Turkey. 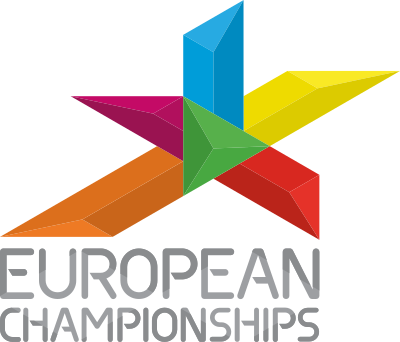 The European Championships is a multi-sport tournament which brings together the existing European Championships of some of the continent's leading sports every four years. The inaugural edition in 2018 was staged by the host cities of Berlin, Germany and Glasgow, Scotland, United Kingdom between 2 and 12 August. The second edition in 2022 took place in Munich, Germany. The various Europe-wide championships in the same disciplines that are held outside this quadrennial framework are unaffected by this event.

The 2018 European Golf Team Championships was a golf tournament played in August 2018 at Gleneagles, Scotland. It was the inaugural event and consisted of three competitions – men's, women's and mixed team format. 16 two-player teams took part in both men's and women's competitions.