Survivor 10, also known as Survivor: All-Star, is the tenth season of the popular reality show Survivor Greece. The season premiered on January 8, 2023, and was broadcast on Skai TV in Greece and simulcast on Sigma TV in Cyprus.[1] Giorgos Lianos returned as the host. Celebrating the show's tenth anniversary milestone, the season featured 26 returning competitors from seasons five to nine, competing for €100,000, who have to survive on a deserted beach, at the exotic La Romana in Dominican Republic, having in their luggage, the necessary clothes and basic food supplies.[2]

Survivor Greece is the Greek version of the popular reality show Survivor.

Skai TV is a Greek free-to-air television network based in Piraeus. It is part of the Skai Group, one of the largest media groups in the country. It was relaunched in its present form on 1 April 2006 in the Athens metropolitan area, and gradually spread its coverage nationwide. Besides digital terrestrial transmission, it is available on the subscription-based encrypted services of Nova and Cosmote TV.

Sigma TV is a commercial network in Cyprus that commenced broadcasting on April 3, 1995. It is a private service and is currently the first-rated channel in Cyprus. Sigma TV is geared at a younger audience, with the focus on the 18-45 age group. It broadcasts a mix of original programs as well as popular foreign programming. Sigma is a general entertainment station with programming that includes Children's shows, sports, news, movies, series and popular telenovelas from Latin America.

La Romana is a municipality and capital of the southeastern province of La Romana, opposite Catalina Island. It is one of the 10 largest cities in the Dominican Republic with a population estimated in 2010 at 130,426 within the city limits, of whom 127,623 are urban and 2,803 are rural. The name Romana comes from the word "Bomana", a name given by Indians to what is known today as Romana River. 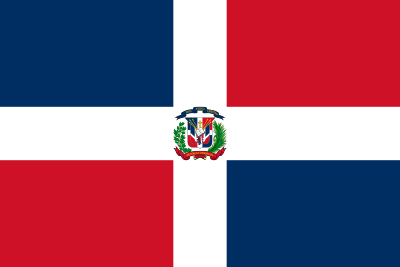 The Dominican Republic is a country located on the island of Hispaniola in the Greater Antilles archipelago of the Caribbean region. It occupies the eastern five-eighths of the island, which it shares with Haiti, making Hispaniola one of only two Caribbean islands, along with Saint Martin, that is shared by two sovereign states. The Dominican Republic is the second-largest nation in the Antilles by area at 48,671 square kilometers (18,792 sq mi), and third-largest by population, with approximately 10.7 million people, down from 10.8 million in 2020, of whom approximately 3.3 million live in the metropolitan area of Santo Domingo, the capital city. The official language of the country is Spanish.

The game started with 26 returning castaways from seasons 5 to 9.[3] In the third week (episode 9), three new contestants entered the game: George "Koro" Koromi for the Diasimoi team, Chris Stamoulis and Ria Kolovou for the Machites team. In the fourth week (episode 13), Sozon Palaistros-Charos was added to the blue team. 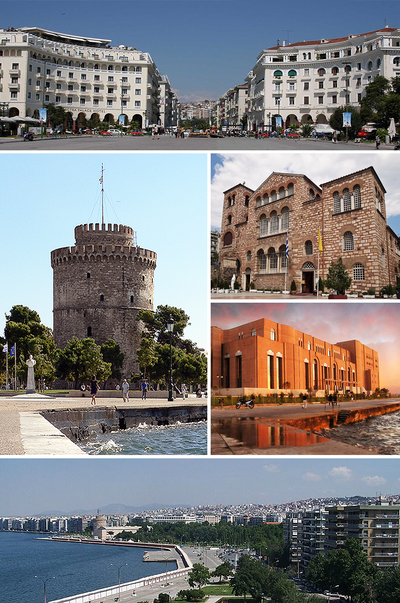 Thessaloniki, Saloniki, or Salonica, is the second-largest city in Greece, with over one million inhabitants in its metropolitan area, and the capital of the geographic region of Macedonia, the administrative region of Central Macedonia and the Decentralized Administration of Macedonia and Thrace. It is also known in Greek as η Συμπρωτεύουσα, literally "the co-capital", a reference to its historical status as the Συμβασιλεύουσα or "co-reigning" city of the Byzantine Empire alongside Constantinople.

The ninth season of Survivor Greece, the Greek version of the popular reality show Survivor, began airing on December 26, 2021, on Skai TV and also in Cyprus on Sigma TV. Giorgos Lianos returned as the host. Twelve players and twelve celebrities, who have been known in Greece through their work, are invited to survive on a deserted island, the exotic La Romana in Dominican Republic, having their luggage, the necessary clothes and basic food supply.

The eighth season of Survivor Greece, the Greek version of the popular reality show Survivor, began airing on December 27, 2020 on Skai TV and also in Cyprus on Sigma TV. Giorgos Lianos will host alone for the first time, as Sakis Tanimanidis decided not to be a host for this season, due to his wife's pregnancy. Ten players and ten celebrities, who have been known in Greece through their work, are invited to survive on a deserted island, the exotic La Romana in Dominican Republic, having their luggage, the necessary clothes and basic food supply.

Athens is a coastal city in the Mediterranean and is both the capital and largest city of Greece. With a population close to four million, it is also the seventh largest city in the European Union. Athens dominates and is the capital of the Attica region and is one of the world's oldest cities, with its recorded history spanning over 3,400 years and its earliest human presence beginning somewhere between the 11th and 7th millennia BC. 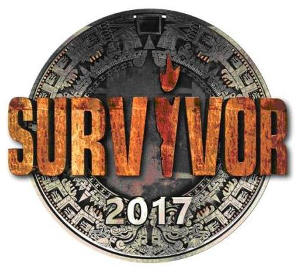 Survivor 2017 was the fifth season of Survivor Greece, the Greek version of the popular reality show Survivor. The Game started airing on Skai TV on February 13, 2017 in Greece and in Cyprus it started airing the same day on Sigma TV. It is hosted by Sakis Tanimanidis and two episodes were hosted by the Turkish producer of the Greek version of Survivor, Acun Ilıcalı. It is also being broadcast abroad via SKAI's international stations. Twelve players and twelve celebrities have been known in Greece through their work are invited to survive on a deserted island, the exotic Dominican Republic, for 5 months, having their luggage, the necessary clothes and basic food supply. On episode 77, the last team match took place and on episode 78, individual matches started. Immunity matches after episode 80 will be held twice a week. Also, the tribe merge held in episode 44, but individual matches started in episode 78. The Finals were held on 3, 4 & 5 July live in the open theatre of Alsos Veikou, Galatsi, Athens. The winner of season five was Giorgos Angelopoulos from the team "Celebrities" (Διάσημοι). 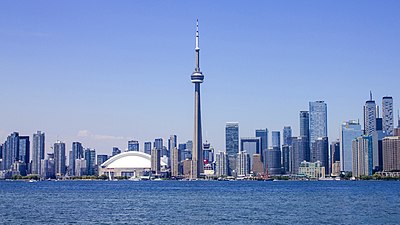 Toronto is the capital city of the Canadian province of Ontario. With a recorded population of 2,794,356 in 2021, it is the most populous city in Canada and the fourth most populous city in North America. The city is the anchor of the Golden Horseshoe, an urban agglomeration of 9,765,188 people surrounding the western end of Lake Ontario, while the Greater Toronto Area proper had a 2021 population of 6,712,341. Toronto is an international centre of business, finance, arts, sports and culture, and is recognized as one of the most multicultural and cosmopolitan cities in the world.

Katerina Dalaka is a Greek hurdler. With origins from Katerini, currently representing A.E.K., Dalaka has won gold medals at the Panhellenic Games and the Balkan Games in 400 m hurdles as well as in 100 m, 200 m, the 100 m relay and the 400 m relay.

Katerini is a city and municipality in northern Greece, the capital city of Pieria regional unit in Central Macedonia, Greece. It lies on the Pierian plain, between Mt. Olympus and the Thermaikos Gulf, at an altitude of 14 m. The municipal unit of Katerini has a population of 85,851 and it is the second most populous urban area at the Region of Macedonia after Thessaloniki. The close distance between two cities (68 km), has been beneficial for Katerini's development over recent years. Katerini is accessible from the main Thessaloniki–Athens highway GR-1/E75 and the Egnatia Odos to the north. It is served by Intercity, Proastiakos and local trains on the main railway line from Athens to Thessaloniki and there is a comprehensive regional and national bus service with its hub in the city.

Survivor 2018 is the sixth season of Survivor Greece, the Greek version of the popular reality show. The season aired on Skai TV on January 21, 2018 in Greece and in Cyprus started airing the same day on Sigma TV. It is hosted by Sakis Tanimanidis & Giorgos Lianos. The show is produced by the company Acun Medya, which is owned and directed by Acun Ilıcalı. It is also being broadcast abroad via SKAI's international stations. Twelve players and twelve celebrities have been known in Greece through their work are invited to survive on a deserted island, the exotic Dominican Republic, for 6 months, having their luggage, the necessary clothes and basic food supply. Two players, one on each tribe joined them at second week. After 9 weeks from the beginning of the game, 6 new players, three on each team, joined the tribes. On episode 101, the last team match took place and on episode 102, individual matches started. The Finals were held on 11, 12 & 13 July live in the open theatre of Alsos Veikou, Galatsi, Athens. The winner of sixth season was Ilias Gotsis from the team "Warriors" (Μαχητές).

Afroditi Skafida is a female Greek pole vaulter. She is a four-time outdoor and a three-time indoor champion for Greece.

Russia, or the Russian Federation, is a transcontinental country spanning Eastern Europe and Northern Asia. It is the largest country in the world, with its internationally recognised territory covering 17,098,246 square kilometres (6,601,670 sq mi), and encompassing one-eighth of Earth's inhabitable landmass. Russia extends across eleven time zones and shares land boundaries with fourteen countries. It is the world's ninth-most populous country and Europe's most populous country, with a population of over 147 million people. The country's capital and largest city is Moscow. Saint Petersburg is Russia's cultural centre and second-largest city. Other major urban areas include Novosibirsk, Yekaterinburg, Nizhny Novgorod, and Kazan.

The Voice of Greece