From Wikipedia, in a visual modern way
See also: Scindia

Shinde (pronunciation: [ʃin̪d̪e]) is a clan of the Maratha clan system of Kunbi (Kurmi) origin; variations of the name include Scindia and Sindhia, Sindia.[1][2] The Shinde last name may be also found in the Dalit community.[3][4]

The Scindia dynasty was founded by Ranoji Scindia, a Kunbi personal servant who started as a "slipper-bearer" of Bajirao I Peshwa.[5][6][7][2] He was the son of Jankojirao Scindia, the hereditary Kunbi Patils of Kanherkhed, a village in Satara District, Maharashtra.[8]

The Maratha clan system, refers to the network of 96 clans of families and essentially their surnames, within the Maratha caste of India. The Marathas primarily reside in the Indian state of Maharashtra, with smaller regional populations in other states.

Kunbi is a generic term applied to castes of traditional farmers in Western India. These include the Dhonoje, Ghatole, Hindre, Jadav, Jhare, Khaire, Lewa, Lonare and Tirole communities of Vidarbha. The communities are largely found in the state of Maharashtra but also exist in the states of Madhya Pradesh, Gujarat, Karnataka, Kerala and Goa. Kunbis are included among the Other Backward Classes (OBC) in Maharashtra.

The Scindia dynasty is a Hindu Maratha dynasty of maratha origin that ruled the erstwhile State of Gwalior. It had the Patil-ship of Kumberkerrab in Wai. It was founded by Ranoji Scindia, who started as a personal servant of the Peshwa Bajirao I. Ranoji and his descendents along with their rivals the Holkars, played a leading role during the Maratha ascendency in North india during the 18th century. The Gwalior state was a princely state under the British Raj during the 19th and the 20th centuries. After India's independence in 1947, several members of the Scindia family went on to enter Indian politics.

Dalit, also previously known as untouchable, is a name for people belonging to the lowest stratum of the castes in India. Dalits were excluded from the four-fold varna system of Hinduism and were seen as forming a fifth varna, also known by the name of Panchama. Dalits now profess various religious beliefs, including Hinduism, Buddhism, Sikhism, Christianity, Islam and various other belief systems. Scheduled Castes is the official term for Dalits as per the Constitution of India.

Ranoji Shinde the founder of the Scindia dynasty from maratha caste that produced outstanding Maratha military commanders during the 18th century. Later the Scindia served as vassals of the British from the northern Princely state of Gwalior.

Patil is an Indian last name and a title or surname. The female variant of the title is Patlin or Patlinbai, and is also used to describe the wife of a Patil.

Kanherkhed is a village in Satara district, Maharashtra, India. It was the home village of Shinde (Scindia) family that later ruled the Gwalior State. 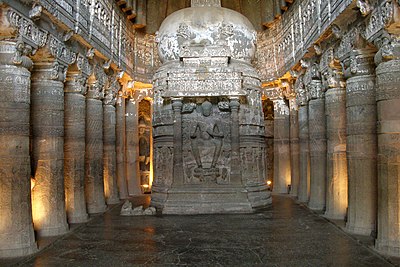 Maharashtra is a state in the western peninsular region of India occupying a substantial portion of the Deccan Plateau. Maharashtra is the second-most populous state in India and the second-most populous country subdivision globally. It was formed on 1 May 1960 by splitting the bilingual Bombay State, which had existed since 1956, into majority Marathi-speaking Maharashtra and Gujarati-speaking Gujarat. Maharashtra is home to the Marathi people, the predominant ethno-linguistic group, who speak the Marathi language, the official language of the state. The state is divided into 6 divisions and 36 districts, with the state capital being Mumbai, the most populous urban area in India, and Nagpur serving as the winter capital, which also hosts the winter session of the state legislature. Godavari and Krishna are the two major rivers in the state. Forests cover 16.47 per cent of the state's geographical area. Out of the total cultivable land in the state, about 60 per cent is used for grain crops in the Deccan region, rice in coastal Konkan, and other high rainfall areas.

Other people with this name

Discover more about Other people with this name related topics 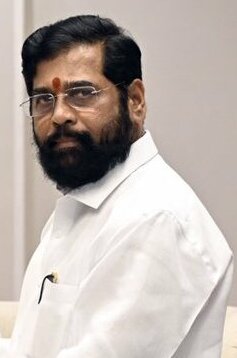 Gauri Shinde is an Indian film director and screenwriter. Shinde made her directional debut with the highly acclaimed English Vinglish (2012), which marked the comeback of actress Sridevi. Shinde featured in the Financial Times 2012 list of '25 Indians To Watch'. She also featured on Rediff's list of 'Bollywood's 5 Best Directors of 2012'.

Jyotiraditya Madhavrao Scindia is an Indian politician who serves as the Minister of Civil Aviation, a position his father also held from 1991 to 1993. He also heads the Ministry of Steel. He is a Member of Parliament in the Rajya Sabha representing the State of Madhya Pradesh. He is a former Member of Parliament in the Lok Sabha, representing the Guna constituency in Madhya Pradesh until his defeat in the 2019 Indian general election. He is a former member of the Indian National Congress (INC) and presently a member of the Bharatiya Janata Party (BJP). 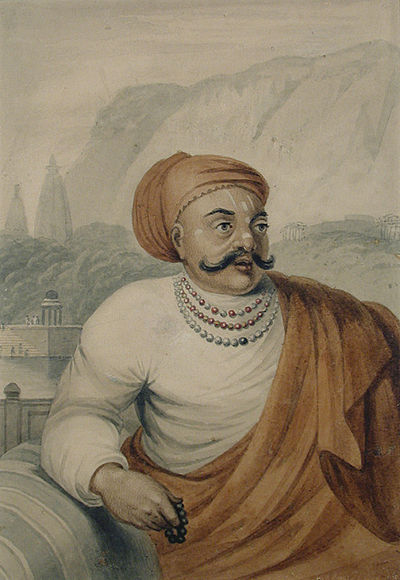 Mahadaji Shinde, later known as Mahadji Scindia or Madhava Rao Sindhia, was a Maratha statesman and ruler of Ujjain in Central India. He was the fifth and the youngest son of Ranoji Rao Scindia, the founder of the Scindia dynasty.

Prof. Ram Shankar Shinde was a member of the 13th Maharashtra Legislative Assembly. He represented the Karjat Jamkhed Assembly Constituency. He belongs to the Bharatiya Janata Party. He was appointed Maharashtra's minister of state in December, 2014 and was given responsibility of the home portfolio as well as for Public Health, Agriculture, Horticulture, Marketing and Tourism. He was also made guardian minister of Ahmednagar district. On 8 July 2016 in cabinet expansion he was promoted to cabinet rank and given charge of Water conservation Ministry.

Ranoji Shinde the founder of the Scindia dynasty from maratha caste that produced outstanding Maratha military commanders during the 18th century. Later the Scindia served as vassals of the British from the northern Princely state of Gwalior.

Sadashiv Ganpatrao "Sadu" Shinde pronunciation (help·info) was an Indian cricketer who played in seven Test matches from 1946 to 1952. His daughter, Pratibha Pawar, is the wife of politician Sharad Pawar. 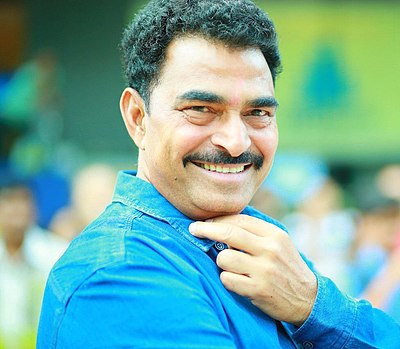 Sayaji Shinde is an Indian actor who has acted in Telugu, Marathi, Tamil, Kannada, Malayalam, English, Gujarati, Hindi, Bhojpuri films and several Marathi Plays. Sayaji started his acting career in 1978 in Marathi one-act plays. His performance in a 1987 Marathi play titled Zulva was very well received, and since then he started gaining popularity among the circle of stalwarts. Later, he moved on to Marathi cinema and then started acting in other languages. He also appeared recently in Bacha Mat Bolna Yt Channel 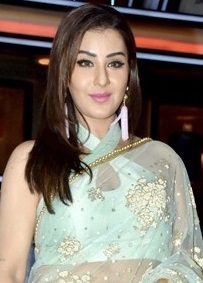 Shilpa Shinde is an Indian television actress. She is known for playing Angoori Tiwari in &TV's Bhabhi Ji Ghar Par Hai!. In 2017, she participated in Bigg Boss 11 and emerged as the winner by public votes.

Seema Shinde is an Indian actress who predominantly works in Hindi and Marathi language media. She is best known for her roles in the television series Captain Vyom. She has also starred in films, including Justice Chowdhary, Main Madhuri Dixit Banna Chahti Hoon, and Aanch. She is a founder and Publisher of India2Usa Media E-Magazine. 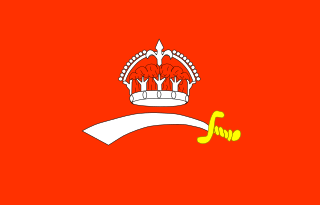 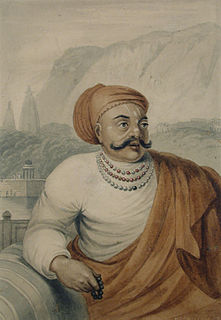 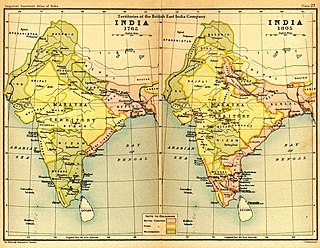 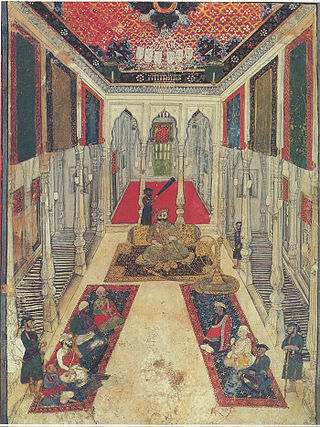 This page lists people with the surname Shinde.
If an internal link intending to refer to a specific person led you to this page, you may wish to change that link by adding the person's given name(s) to the link.