Savannah Lee Maddox (born November 2, 1987) is an American politician.[2] She is a Republican and represents District 61 containing Grant County, Gallatin County, and parts of Kenton and Boone Counties in the Kentucky House of Representatives.[3] She is viewed as one of the General Assembly’s most far-right members.[4][5][6]

Maddox received a B.A. in History & International Relations from Northern Kentucky University.[2][1] After an internship with U.S. Representative Geoff Davis, she worked for theUniversity of Kentucky Cooperative Extension Services.[7][2] In 2016, she worked on U.S. Senator Rand Paul's reelection campaign.[2]

Maddox is viewed as one of the General Assembly’s most far-right members.[4][5][6] She is often the only, or one of the only two, votes against appropriations bills in the 100-member Kentucky House of Representatives.[8]

Maddox was first elected to the 2019 Kentucky House of Representatives in the 2018 election, when she defeated Grant County Judge/executive Darrell Link by 5,000 votes (36%) in the general election.[2]

Maddox supported the passage of Senate Bill 150, which legalized --without a separate permit or training-- constitutional concealed carry for legal gun owners in Kentucky.[9][10] The bill was opposed by the Kentucky Fraternal Order of Police, by the Louisville Metro Police Department, and by the Kentucky Sheriff's Association, who said identifying who is carrying a gun is safer for police and citizens, and opponents to the controversial law were concerned that removing training requirements to conceal and carry a gun would result in untrained people carrying concealed firearms.[11][12][13][9] But the bill was endorsed by the NRA.[12] It was signed into law in October 2019, and Maddox, along with Governor Matt Bevin, was awarded the .50 Caliber Freedom Award from the National Association for Gun Rights for her work in passing the legislation.[9]

Maddox introduced House Bill 321 in January 2020, which died in committee. It would have made it a felony for a doctor to perform a surgery or prescribe a medication to a minor intending to alter the child's gender.[14][15]

During the COVID-19 pandemic, Maddox was an opponent of Governor Andy Beshear's emergency orders that were an effort to contain the spread of COVID-19, calling them acts of "tyranny."[16] In 2020 Maddox sought to restrict the governor’s ability to enact a state of emergency, but the measure that she proposed failed to advance.[17][18] Beshear said his actions saved lives, and that they reflected guidance from Donald Trump's White House Coronavirus Task Force.[19]

Maddox’s connection to armed militia groups who organized certain protests generated controversy, as did her posting of photos of herself with white supremacists.[20][21] Kentucky State House Democrats called on Republican leaders to formally censure Maddox after protestors from a local far-right anti-government militia Three Percenters Chapter that she had taken pictures with hung governor Beshear in effigy outside the state capitol in 2020.[22] She had made comments about Beshear after a protest, that she did not personally attend, which the Democrats said encouraged the protestors to escalate their tactics.[22][23] House Democrats also criticized Maddox for tweets she made in 2014 and 2015 in which she criticized Jews, Muslims, and then-President Barack Obama.[24] Former Republican gubernatorial candidate William Woods led a petition effort calling for her to resign, saying of Maddox: “She has done nothing to help Kentuckians. She has not done her job. She has not even tried to work with Governor Andy Beshear. There is no place in our party or in Kentucky for that matter for the hate that she is spewing."[20]

Maddox proposed House Bill 28 in January 2022, which was defeated in the Senate Committee on Health and Welfare chaired by State Senator Ralph Alvarado.[25][26] As she proposed it, it would have banned private employers and state government, local governments, and state colleges from forcing employees or applicants to disclose whether or not they have received any COVID-19 vaccine shots.[27] The Kentucky Chamber of Commerce opposed HB 28.[28][29]  An amended narrowed version of the bill--which was narrowed to exclude private employers--cleared the House State Government Committee in March 2022, and passed in the House.[30]

In February 2022, she was the only House committee member to vote against House Bill 196, also known as the Ava Grace Jenkins Law after a Kentucky 2-year-old who drowned in a neighbor's pool.[31]

On June 6, 2022, Maddox announced that she would run in the 2023 Kentucky gubernatorial election.[32] In her announcement video, she criticized Beshear's handling of the COVID-19 pandemic, and fellow Republicans for not challenging the governor's emergency orders.[33] In the primary, she is running against a number of Kentucky Republicans, including former U.S. Ambassador to the United Nations Kelly Craft, state Attorney General Daniel Cameron, state Auditor Mike Harmon, and state Agriculture Commissioner Ryan Quarless.[34] As of November 2022, she was reported to have raised $210,795.91 for her campaign.[35]

Geoffrey Clark Davis is an American businessman, politician and former U.S. Representative for Kentucky's 4th congressional district, serving from 2005 to 2012. He is a member of the Republican Party. The district includes 24 counties in the northeastern part of the state, stretching from the fringes of the Louisville area to the West Virginia border. Most of its vote, however, is cast in the counties bordering Cincinnati. On December 15, 2011, Davis announced he would not seek reelection in 2012. On July 31, 2012, he announced his resignation from Congress effective immediately.

In the United States, the term constitutional carry, also called permitless carry, unrestricted carry, or Vermont carry, refers to the legal public carrying of a handgun, either openly or concealed, without a license or permit. The phrase does not typically refer to the unrestricted carrying of a long gun, a knife, or other weapons. The scope and applicability of constitutional carry may vary by state.

The Fraternal Order of Police (FOP) is a fraternal organization consisting of sworn law enforcement officers in the United States. It reports a membership of over 355,000 members organized in 2,100 local chapters (lodges), state lodges, and the national Grand Lodge. The organization attempts to improve the working conditions of law enforcement officers and the safety of those they serve through education, legislation, information, community involvement, and employee representation.

Matthew Griswold Bevin is an American businessman and politician who served as the 62nd governor of Kentucky, from 2015 to 2019. He was the third Republican elected Kentucky governor since World War II, after Ernie Fletcher (2003–2007) and Louie Nunn (1967–1971).

A felony is traditionally considered a crime of high seriousness, whereas a misdemeanor is regarded as less serious. The term "felony" originated from English common law to describe an offense that resulted in the confiscation of a convicted person's land and goods, to which additional punishments including capital punishment could be added; other crimes were called misdemeanors. Following conviction of a felony in a court of law, a person may be described as a felon or a convicted felon. 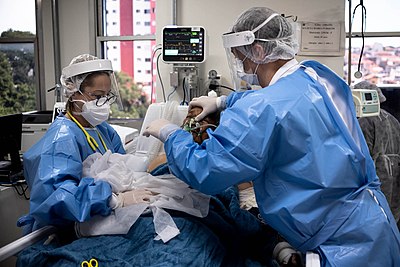 The COVID-19 pandemic, also known as the coronavirus pandemic, is an ongoing global pandemic of coronavirus disease 2019 (COVID-19) caused by severe acute respiratory syndrome coronavirus 2 (SARS-CoV-2). The novel virus was first identified from an outbreak in Wuhan, China, in December 2019. Attempts to contain failed, allowing the virus to spread to other areas of Asia and later worldwide. The World Health Organization (WHO) declared the outbreak a public health emergency of international concern on 30 January 2020 and a pandemic on 11 March 2020. As of 24 November 2022, the pandemic had caused more than 639 million cases and 6.62 million confirmed deaths, making it one of the deadliest in history.

Censure in the United States

Censure in the United States

Censure is a formal, public, group condemnation of an individual, often a group member, whose actions run counter to the group's acceptable standards for individual behavior. In the United States, governmental censure is done when a body's members wish to publicly reprimand the president of the United States, a member of Congress, a judge or a cabinet member. It is a formal statement of disapproval. It relies on the target's sense of shame or their constituents' subsequent disapproval, without which it has little practical effect when done on members of Congress and no practical effect when done on the president.

The American militia movement is a term used by law enforcement and security analysts to refer to a number of private organizations that include paramilitary or similar elements. These groups may refer to themselves as militia, unorganized militia, and constitutional militia.

Maddox married Eldon Maddox in 2008, and they have two children.[2][36] She attends an evangelical Christian church in Williamstown, Kentucky.[2][37] 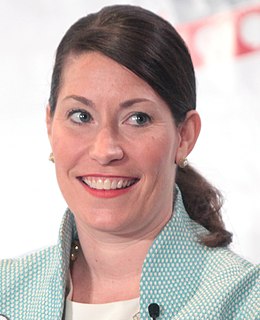 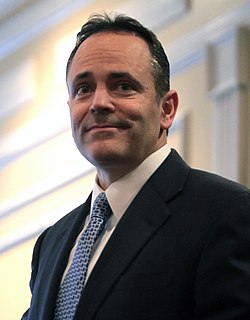 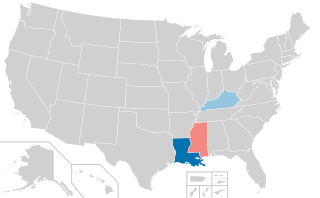