The Samsung Galaxy A03 is a series of budget Android smartphones manufactured by Samsung Electronics that includes the A03, A03s and A03 Core.[7][8] They have a 6.5 inch HD+ Infinity-V display, a 5000 mAh Li-Po battery, and ship with Android 11.[7] (can be upgraded to Android 12)

The Samsung Galaxy A03 has a dual-camera setup arranged vertically on the left side of the rear of the phone along with the flash. The main camera is a 48 MP wide lens and the second is a 2 MP depth sensor. The main camera can record video up at 1080p @ 30fps. A single 5 MP front-facing camera is present in a notch.[7] 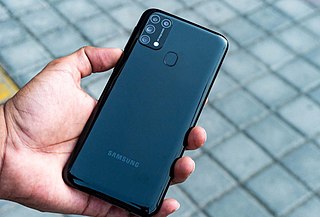