From Wikipedia, in a visual modern way
For other uses, see Rawat.

Rawat is a surname of people belonging to Hindu Rajput from Garhwal and Kumaon divisions in the Indian state of Uttarakhand[1] and Rajputs (Kshatriya caste) of Nepal.[2]

Rajputs, people with Rawat surname are mainly concentrated in Uttarakhand, some number of them are found.[3] in Nepal adjacent to Uttarakhand.[4]

A few of them are also found in Rajasthan and around its neighbouring border of Madhya Pradesh, primarily in the Mandsaur and Neemuch districts.

Rajput is a large multi-component cluster of castes, kin bodies, and local groups, sharing social status and ideology of genealogical descent originating from the Indian subcontinent. The term Rajput covers various patrilineal clans historically associated with warriorhood: several clans claim Rajput status, although not all claims are universally accepted. According to modern scholars, almost all Rajput clans originated from peasant or pastoral communities.

Garhwal is one of the two administrative divisions of the Indian state of Uttarakhand. Lying in the Himalayas, it is bounded on the north by Tibet, on the east by Kumaon, on the south by Uttar Pradesh state, and on the northwest by Himachal Pradesh state. It includes the districts of Chamoli, Dehradun, Haridwar, Pauri Garhwal, Rudraprayag, Tehri Garhwal, and Uttarkashi. The people of Garhwal are known as Garhwali and speak the Garhwali language. The administrative center for Garhwal division is the town of Pauri. The Divisional Commissioner is the administrative head of the Division, and is a senior Indian Administrative Service officer. As the administrative head of the division, the Commissioner is overall incharge of the 7 districts in the Garhwal region of Uttarakhand, and is aided in his duties by an additional commissioner and the district magistrates. Sushil Kumar is the divisional commissioner of the Garhwal Division since December 2021.

Kumaon is a revenue and administrative division in the Indian State of Uttarakhand. It spans over the eastern half of the state and is bounded on the north by Tibet, on the east by Nepal, on the south by the state of Uttar Pradesh, and on the west by Garhwal. Kumaon comprises six districts of the state: Almora, Bageshwar, Champawat, Nainital, Pithoragarh and Udham Singh Nagar. 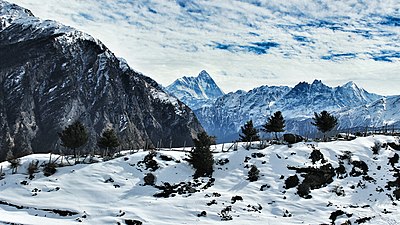 Uttarakhand, also known as Uttaranchal, is a state in the northern part of India. It is often referred to as the "Devbhumi" due to its religious significance and numerous Hindu temples and pilgrimage centres found throughout the state. Uttarakhand is known for the natural environment of the Himalayas, the Bhabar and the Terai regions. It borders the Tibet Autonomous Region of China to the north; the Sudurpashchim Province of Nepal to the east; the Indian states of Uttar Pradesh to the south and Himachal Pradesh to the west and north-west. The state is divided into two divisions, Garhwal and Kumaon, with a total of 13 districts. The winter capital of Uttarakhand is Dehradun, the largest city of the state, which is a rail head. Bhararisain, a town in Chamoli district, is the summer capital of Uttarakhand. The High Court of the state is located in Nainital.

Kshatriya is one of the four varna of Hindu society, associated with warrior aristocracy. The Sanskrit term kṣatriyaḥ is used in the context of later Vedic society wherein members were organised into four classes: brahmin, kshatriya, vaishya and shudra.

Mainly a social community of Uttarakhand, where most of their population is concentrated.Also Known As Land King Of Uttarakhand.[5]

The Rawat Rajput which has Mostly Population Lives In Uttrakhand.[5]

In place of Rawat composition, Kumaoni and Garhwali languages were spoken.[1] 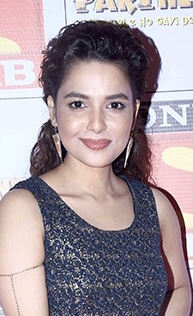 Chitrashi Rawat is an Indian model, national level athlete and actress known for her role of Komal Chautala in Chak De! India in 2007. Chitrashi is a real life hockey player. She started playing hockey at the age of 17. She played as a left striker.

Durga Bahadur Rawat is a Nepalese politician serving as a member of the Federal Parliament of Nepal elected from Kalikot-1, Province No. 6. He is the member of the Nepal Communist Party.

Harish Singh Rawat is an Indian politician who was Chief Minister of Uttarakhand from 2014 to 2017. A five-time Member of Parliament, Rawat is a leader of the Indian National Congress party. As a member of 15th Lok Sabha, Rawat served as Union Minister of Water Resources in the cabinet of Prime Minister Manmohan Singh from 2012 to 2014. He also worked as Minister of State at the Ministry of Parliamentary Affairs, Ministry of Agriculture, Ministry of Food Processing Industries (2011–2012) and Ministry of Labour and Employment (2009–2011).

Hari Singh Rawat is an Indian Politician and Business Man, former Member of Legislative Assembly of the 14th Vidhan Sabha from Bhim constituency, Rajasthan. He is a member of Bharatiya Janta Party (BJP), and has been elected consecutively 2003, 2008 and 2013 for three time as a Member of Legislative Assembly (MLA) from Bhim constituency, Rajasthan. He has also served in Indian Army from the year 1976 to 1981. He is the Former Chairman of State Magra Vikas board, Rajasthan Government.

Harish Chandra Singh Rawat was a mountaineer who climbed the Mt. Everest in 1965. He was one of the 9 summiters of the first successful Indian Everest Expeditions that climbed Mount Everest in May 1965 led by Captain M S Kohli. He is the seventh Indian man and twenty second man in world that climbed Mount Everest. On May 24, 1965 Vohra and Ang Kami Sherpa together reached the top of Mount Everest On May 29, 12 years to the day from the first ascent of Mount Everest the fourth and last summit team with Major H. P. S. Ahluwalia and Phu Dorjee Sherpa, Rawat reached on the summit. This was the first time three climbers stood on the summit together.

Rifleman Jaswant Singh Rawat, MVC was an Indian Army soldier serving in the Garhwal Rifles who was awarded the prestigious Maha Vir Chakra posthumously as a result of his actions during the battle of Nuranang in present-day Arunachal Pradesh, India, during the Sino-Indian War.

Menuka Rawat is a Nepalese long-distance runner. She competed in the women's marathon at the 1988 Summer Olympics.

Pradeep Trimbak Rawat is an Indian politician from the Bharatiya Janata Party and a former Member of Parliament (MP), elected from Pune in 1999 to the 13th Lok Sabha. He contested from Pune again in 2004 but lost to Suresh Kalmadi of Congress.

Pradeep Rawat is an Indian actor who works predominantly in Telugu, Hindi, and Tamil language films. Notable for playing villainous roles, Rawat's first appearance was in B.R. Chopra's Mahabharat as Ashwatthama. He appeared in Yug as a British police officer Marshal. He also played various roles in serial Jai Mata Di He was in memorable roles in Bollywood films such as Sarfarosh as Sultan, in Lagaan as Deva, in Ghajini (2005) as Ram and Lakshman, and in its Hindi remake Ghajini (2008) as the title character.

Prashant Singh Rawat is an Indian basketball player for Uttarakhand of the National Basketball Championship. 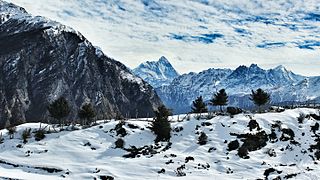 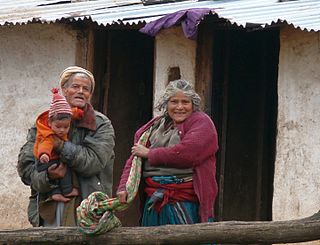 This page lists people with the surname Rawat.
If an internal link intending to refer to a specific person led you to this page, you may wish to change that link by adding the person's given name(s) to the link.