Puerto Rico Highway 129 (PR-129) is a north–south (actually diagonal) highway in North-Central Puerto Rico, connecting the town of Lares with Arecibo. It crosses the northern karst country of the island. When traveling from the northern coast of Puerto Rico, PR-129 can be used to reach the Arecibo Observatory and the Camuy River Caverns Park.[4] 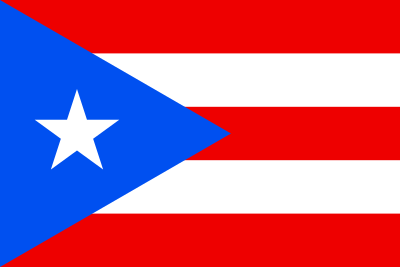 Puerto Rico, officially the Commonwealth of Puerto Rico, is a Caribbean island and unincorporated territory of the United States. It is located in the northeast Caribbean Sea, approximately 1,000 miles (1,600 km) southeast of Miami, Florida, between the Dominican Republic and the U.S. Virgin Islands, and includes the eponymous main island and several smaller islands, such as Mona, Culebra, and Vieques. It has roughly 3.2 million residents, and its capital and most populous city is San Juan. Spanish and English are the official languages of the executive branch of government, though Spanish predominates.

Lares is a mountain town and municipality of Puerto Rico's central-western area. Lares is located north of Maricao and Yauco; south of Camuy, east of San Sebastián and Las Marias; and west of Hatillo, Utuado and Adjuntas. Lares is spread over 10 barrios and Lares Pueblo. It is part of the Aguadilla-Isabela-San Sebastián Metropolitan Statistical Area.

Karst is a topography formed from the dissolution of soluble rocks such as limestone, dolomite, and gypsum. It is characterized by underground drainage systems with sinkholes and caves. It has also been documented for more weathering-resistant rocks, such as quartzite, given the right conditions. Subterranean drainage may limit surface water, with few to no rivers or lakes. However, in regions where the dissolved bedrock is covered or confined by one or more superimposed non-soluble rock strata, distinctive karst features may occur only at subsurface levels and can be totally missing above ground.

The Parque Nacional de las Cavernas del Río Camuy is a cave system in Puerto Rico. It is located between the municipalities of Camuy, Hatillo, and Lares in northwestern Puerto Rico, but the main entrance to the park is located in Quebrada, Camuy. The caverns are part of a large network of natural limestone caves and underground waterways carved out by the third-largest underground river in the world, the Río Camuy. The cave system was "discovered" in 1958 and was first documented in the 1973 book Discovery at the Río Camuy (ISBN 0-517-50594-0) by Russell and Jeanne Gurnee, but there is archaeological evidence that these caves were explored hundreds of years ago by the Taíno Indians, Puerto Rico's first inhabitants. Over 10 miles of caverns, 220 caves and 17 entrances to the Camuy cave system have been mapped so far. This, however, is only a fraction of the entire system which many experts believe still holds another 800 caves. Only a small part of the complex is open to the public. The 268-acre park built around the cave system features tours of some of the caves and sinkholes, and is one of the most popular natural attractions in Puerto Rico. After restorations necessitated by Hurricane Maria, a destructive storm that struck Puerto Rico in 2017, the park re-opened on March 24, 2021. It then closed again due to Hurricane Fiona in September, 2022.

It is a four-lane, divided highway in Arecibo, and a super two highway in Hatillo, Camuy and Lares. It then merges with PR-111, being entirely unsigned throughout this section. It then heads south as a narrow, rural road, and ends at PR-135 near Adjuntas. Its speed limit is overall 45 miles per hour (72 km/h) through its highway section. It was originally a narrow, two lane road. Much of the original alignment is now PR-134.[5]

Hatillo is a town and municipality located in Puerto Rico's north coast, bordered by the Atlantic Ocean to the north, Lares and Utuado to the south, Camuy to the west, and Arecibo to the east. According to the 2000 US Census Hatillo is spread over nine barrios and Hatillo Pueblo. It is part of the San Juan-Caguas-Guaynabo Metropolitan Statistical Area. 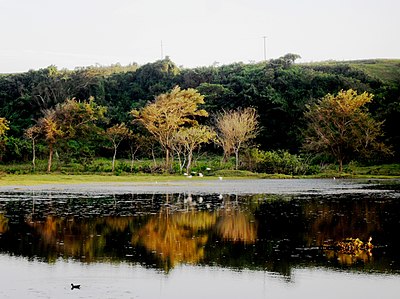 Camuy is a town and municipality of Puerto Rico, bordering the Atlantic Ocean, north of Lares and San Sebastián; east of Quebradillas; and west of Hatillo. Camuy is spread over 12 barrios and Camuy Pueblo. The town celebrated its 200th anniversary in 2007.

Puerto Rico Highway 135 (PR-135) is a rural road that travels from Adjuntas, Puerto Rico to Lares. This highway begins at PR-123 north of downtown Adjuntas and ends at PR-128 in Bartolo. 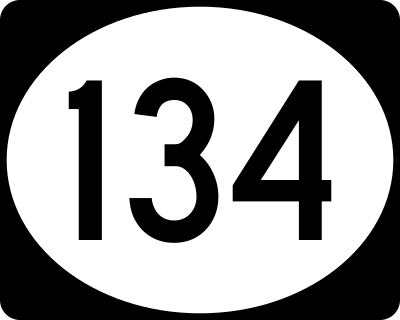 Puerto Rico Highway 134 (PR-134) is a rural road that travels from Lares, Puerto Rico to Hatillo. This highway begins at its intersection with PR-111 in barrio Lares and ends at its junction with PR-129 in Campo Alegre. 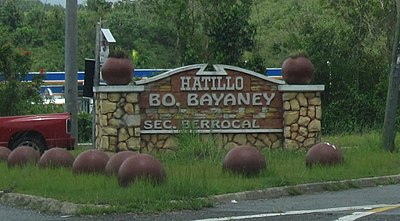 Bayaney is a rural barrio in the municipality of Hatillo, Puerto Rico. Its population in 2010 was 3,550. 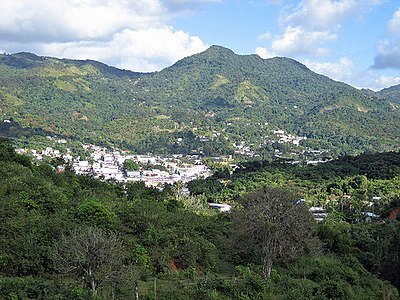 Adjuntas is a small mountainside town and municipality in Puerto Rico located central midwestern portion of the island on the Cordillera Central, north of Yauco, Guayanilla, and Peñuelas; southeast of Utuado; east of Lares and Yauco; and northwest of Ponce. Adjuntas is spread over 16 barrios and Adjuntas Pueblo. Adjuntas is about two hours by car westward from the capital, San Juan.

Puerto Rico Highway 135 (PR-135) is a rural road that travels from Adjuntas, Puerto Rico to Lares. This highway begins at PR-123 north of downtown Adjuntas and ends at PR-128 in Bartolo.

Tanamá is a rural barrio in the municipality of Adjuntas, Puerto Rico. Its population in 2010 was 1,193.

Utuado is a town and municipality of Puerto Rico located in the central mountainous region of the island known as the Cordillera Central. It is located north of Adjuntas and Ponce; south of Hatillo and Arecibo; east of Lares; and west of Ciales and Jayuya. It is the third-largest municipality in land area in Puerto Rico. According to the 2020 US Census, the municipality has a population of 28,287 spread over 24 barrios and Utuado pueblo.

Lares is a mountain town and municipality of Puerto Rico's central-western area. Lares is located north of Maricao and Yauco; south of Camuy, east of San Sebastián and Las Marias; and west of Hatillo, Utuado and Adjuntas. Lares is spread over 10 barrios and Lares Pueblo. It is part of the Aguadilla-Isabela-San Sebastián Metropolitan Statistical Area.

Puerto Rico Highway 128 (PR-128) is a road that travels from Yauco, Puerto Rico to Lares. This highway extends from PR-2 in Yauco and ends at PR-111 near downtown Lares.

Yauco is a town and municipality in southern Puerto Rico. Although the downtown is inland, the municipality stretches to a southern coast facing the Caribbean Sea. Yauco is located south of Maricao, Lares and Adjuntas; east of Sabana Grande and Guánica; and west of Guayanilla. The municipality consists of 20 barrios and Yauco Pueblo. It is both a principal town of the Yauco Metropolitan Statistical Area and the Ponce-Yauco-Coamo Combined Statistical Area. 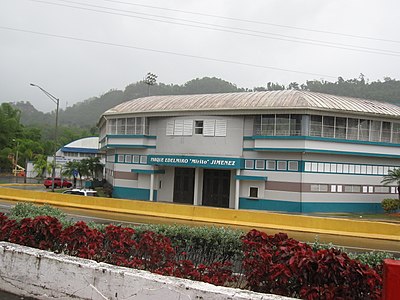 Lares is a barrio in the municipality of Lares, Puerto Rico. Its population in 2010 was 3,405. 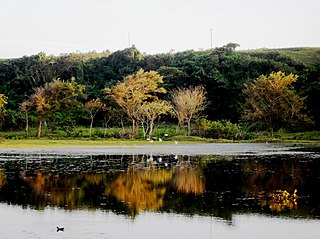 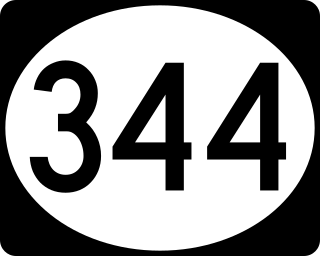 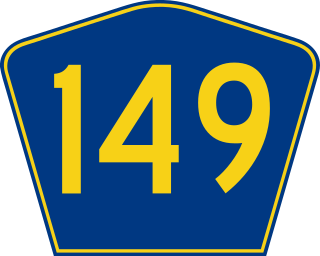 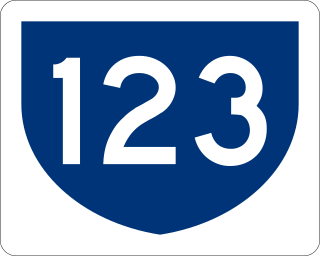 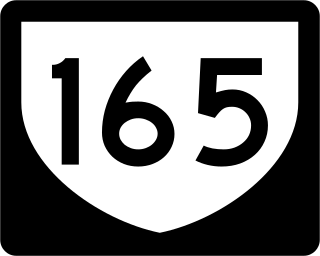 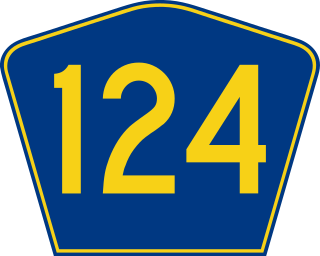 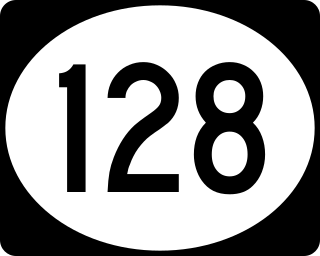 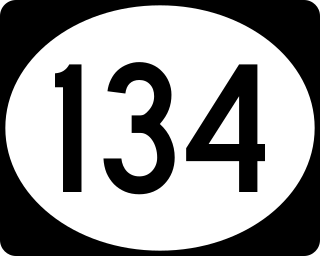 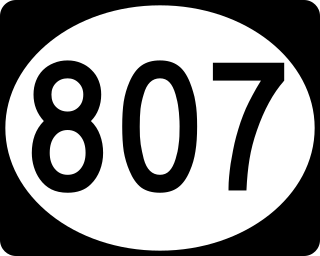