Raised in Changhua County, Pai studied law at National Chengchi University.[1] His political involvement began in 1969, campaigning for Huang Hsin-chieh, who won election to the Legislative Yuan.[1] Suspected of sedition, Pai was jailed for four months in 1971, then released.[1][2] In 1973, he supported a number of tangwai candidates for Taipei City Council.[1] Pai chose to contest the legislative election of 1975, but was arrested in October for distributing campaign fliers which contained 29 questions addressed to Chiang Ching-kuo, as well as political policies suggested by Pai.[2][3] The next month, he went to trial and was sentenced to life imprisonment by a military court.[4] While imprisoned he went on hunger strikes to protest foreign policies and political repression.[5][6] In February 1986, legislators Chiang Peng-chien and Fang Su-min petitioned for Pai's release.[7] Instead, Pai's prison sentence was commuted to fifteen years upon the lifting of martial law in July 1987.[8] Throughout the year, Pai's health continued to decline,[8] and he was released in April 1988.[9]

In November 2018, Pai contested the Changhua County magistracy as an independent candidate.[10] 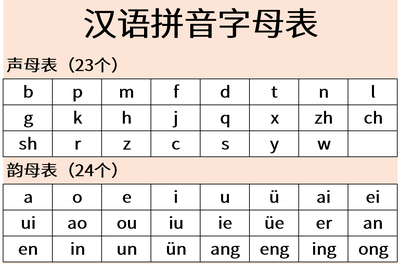 A prisoner of conscience (POC) is anyone imprisoned because of their race, sexual orientation, religion, or political views. The term also refers to those who have been imprisoned or persecuted for the nonviolent expression of their conscientiously held beliefs. 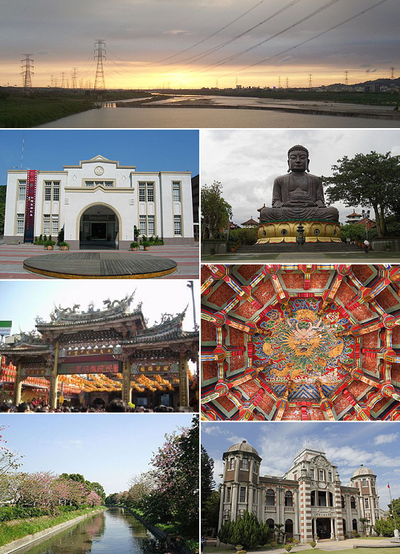 National Chengchi University is a public research university in Taipei. The university is also considered as the earliest public service training facility of the Republic of China. First established in Nanjing in 1927, the university was subsequently relocated to Taipei in 1954. It is considered to be one of the most prestigious and prominent universities in Taiwan. The university, abbreviated as NCCU, specializes in arts and humanities, mass media, linguistics and literature, social sciences, economics, management, politics, and international affairs programs. It is the only publicly funded university in Taiwan which provides courses in journalism, advertising, radio and television, diplomacy, and several languages which are not taught at other institutions in Taiwan. The name Chengchi means governance or politics, and refers to its founding in 1927 as a training institution for senior civil service for the Nanjing Nationalist government of the Republic of China. The university has strong ties with academic institutions like Academia Sinica, National Yang Ming Chiao Tung University, National Taiwan University and National Palace Museum.

Huang Hsin-chieh was a Taiwanese politician, Taipei city council member, National Assembly representative, Legislative Yuan legislator, publisher of Formosa Magazine and Taiwan Political Theory magazine (台灣政論), senior Dangwai Leader, third chairperson of the Democratic Progressive Party (DPP), and senior adviser to the president of the Republic of China. He was born on August 20, 1928 during the period when Taiwan was under Japanese governance also known to the Japanese as the Japan governance period of Taiwan and was fluent in Japanese and Taiwanese. He married Chang Yueh-ching (張月卿) in 1954 and had four children and adopted sons. They lived in a modest residence on Chongqing N. Rd in Datong District, Taipei City for over three decades. 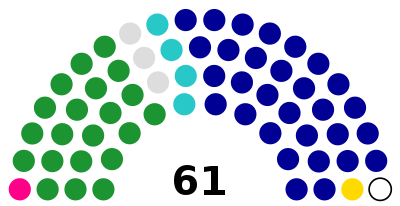 Taipei City Council is the city council of Taipei, Taiwan. One of the largest local councils in Taiwan, the city council is currently composed of 63 councillors, all elected lately in the 2018 Taiwanese local elections. 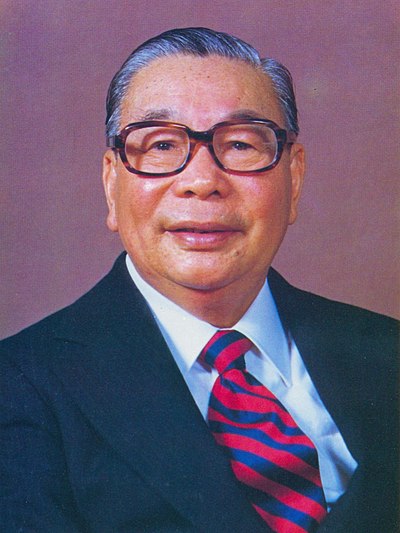 Chiang Peng-chien was a Taiwanese politician who was a co-founder and the first chairperson of the Democratic Progressive Party. Chiang was elected a member of the Legislative Yuan in 1983 and became a member of the Control Yuan in 1996.

Fang Su-min is a Taiwanese politician.

Martial law in Taiwan refers to the periods in the history of Taiwan after World War II during control by the Republic of China Armed Forces of the Kuomintang-led Government of the Republic of China regime. The term is specifically used to refer to the over 38-year-long consecutive martial law period between 20 May 1949 and 14 July 1987, which was qualified as "the longest imposition of martial law by a regime anywhere in the world" at that time. 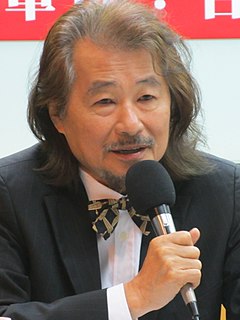 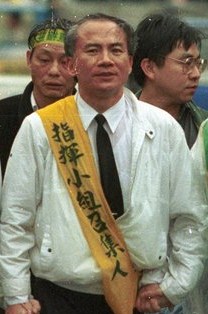 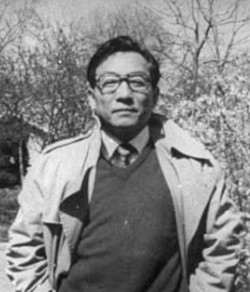 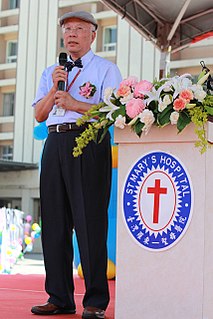