Orley Farm School is one of the largest coeducational preparatory day school in the London borough of Harrow, at the foot of Harrow Hill on South Hill Avenue. It was founded as the preparatory school for the nearby Harrow School in 1850 but is now a fully independent school in its own right and leavers continue to other independent schools. The school grounds cover over 39 acres (160,000 m2).

Harrow is a large town in Greater London, England, and serves as the principal settlement of the London Borough of Harrow. Lying about 9.5 miles (15.3 km) north-west of Charing Cross and 5.4 miles (8.7 km) south of Watford, the entire town including its localities had a population of 149,246 at the 2011 census, whereas the wider borough had a population of 250,149.

Harrow on the Hill

Harrow on the Hill

Harrow on the Hill is a locality and historic village in the borough of Harrow in Greater London, England. The name refers to Harrow Hill, 408 feet (124 m), and is located some half a mile south of the modern town of Harrow. The village dates back to early medieval times, built around the 11th-century St Mary's Church, and is the location of Harrow, St Dominic's and John Lyon schools.

Harrow School is a public school in Harrow on the Hill, Greater London, England. The school was founded in 1572 by John Lyon, a local landowner and farmer, under a Royal Charter of Queen Elizabeth I.

Orley Farm has evolved since September 1850 from a boarding school for boys preparing for Harrow, to a co-educational, day school.

In 1984 the Official Grant of Arms was awarded. The arms and crest have three historical sources: (1) the stag holding an oak leaf is the Trollope family crest; (due to the renaming of the school in 1862 to that of the book of the same name written by Anthony Trollope describing the buildings owned by the family and occupied by the school) (2) crossed arrows and a silver laurel wreath are included on the Harrow arms, and (3) the “Hurst” of oak trees on the shield and sprig of oak in the badge refer to the Gardner family. The motto, Haec cogitate., “think on these things”, comes from St Paul’s letter to the Philippians.

Orley Farm was originally a traditional boarding prep school similar to the likes of Ludgrove and Heatherdown Preparatory Schools. During the 1980s by about 1983, boarding was phased out after over 130 years and the dormitories were converted into classrooms. In 1994, the school administration made the landmark decision of admitting girls for the first time. The pre-prep department had opened by 1992 when boys aged rising 5 were admitted.[1]

Orley farm has a program called the Edge Programme and consists of extracurricular activities such as cooking, photography, house skills and looking after the wildlife. This programme runs from Y5 to Y8.

Each pupil and staff is randomly assigned to one of the four houses upon entry. The houses are named after former headmasters and activities are overseen by house teachers.[2]

In July 2015, the first of 4 major building projects came on line after the school invested just under £10 million to upgrade the facilities. The new dining hall overlooking the pool was named after Lord Butler, a former pupil, who visited the school to open the building.

In September 2015, the original music school was turned into a building called the Elliot Block. It consists of new facilities supporting Drama and Music and was named after Ian Elliott, a former Headmaster.

In September 2015, the Davies Library was reopened having moved it from the old Gardner building and tripling the size. It was opened by Justin Davies, a former Headmaster.

In February 2016, the new Gardener Building opened with 12 refurbished classrooms joined to the Elliott Building via an enclosed bridge. The Mathematics, English, computer science & Science departments are now all housed in this facility.

Alastair David William Fothergill is a British producer of nature documentaries for television and cinema. He is the series producer of the series The Blue Planet (2001), Planet Earth (2006) and the co-director of the associated feature films Deep Blue and Earth.

Keir Giles is a British writer. Giles is an expert on security issues affecting Russia, and on the Armed Forces of the Russian Federation. He was educated at Orley Farm School and Winchester College.

Matthew Steven Gould is a British civil servant who is CEO of NHSX, the body which oversees digital policy and programmes in NHS England. He was Ambassador to Israel (2010–15) and Director General for Digital and Media Policy in the Department for Digital, Culture, Media and Sport (2015–19).

Anthony John Horowitz, is an English novelist and screenwriter specialising in mystery and suspense.

The Conservative Party, officially the Conservative and Unionist Party and also known colloquially as the Tories, is one of the two main political parties in the United Kingdom, along with the Labour Party. It is the current governing party, having won the 2019 general election. It has been the primary governing party in Britain since 2010. The party is on the centre-right of the political spectrum, and encompasses various ideological factions including one-nation conservatives, Thatcherites, and traditionalist conservatives. The party currently has 356 Members of Parliament, 261 members of the House of Lords, 9 members of the London Assembly, 31 members of the Scottish Parliament, 16 members of the Welsh Parliament, 2 directly elected mayors, 30 police and crime commissioners, and around 6,770 local councillors. It holds the annual Conservative Party Conference. 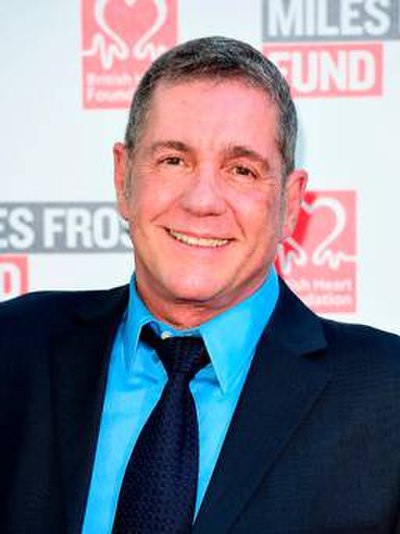 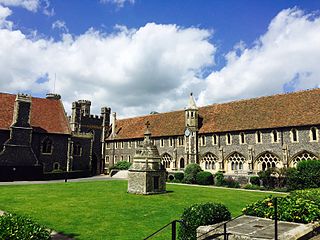 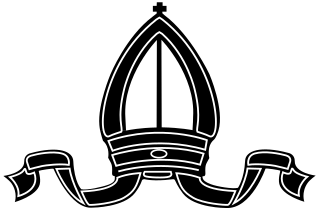 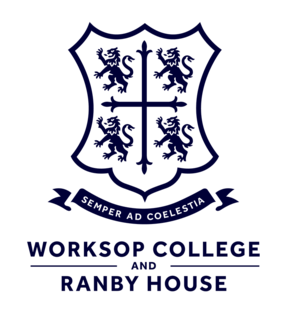 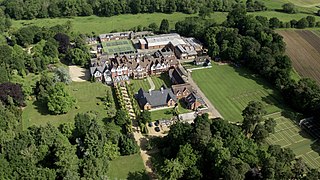 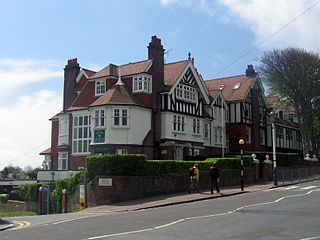