Michele Greco da Valona was a 15th/16th-century painter from Vlorë, in modern-day southern Albania. Michele represented the Adriatic renaissance. His art was similar to the style of Nicolaus Filantropinó, Fra Angelico, Paolo Uccello, Carlo Crivelli and Vincenzo de Rogata. Several of his works have survived, most notable of which is a controversial triptych featuring the Virgin Mary breastfeeding the people.[1][2][3] 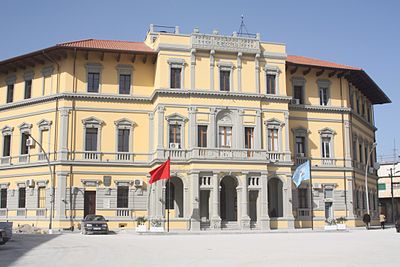 Vlorë is the third most populous city of the Republic of Albania and seat of Vlorë County and Vlorë Municipality. Located in southwestern Albania, Vlorë sprawls on the Bay of Vlorë and is surrounded by the foothills of the Ceraunian Mountains along the Albanian Adriatic and Ionian Sea Coasts. It experiences a Mediterranean climate, which is affected by the Ceraunian Mountains and the proximity to the Mediterranean Sea.

Nikolaos Philanthropinos, also known as Nicolaos Philanthropenos and Nicolaus Filantropinó or Philastropino. He was a Greek Byzantine painter. He was active in Crete, Venice, and Constantinople. He was a very famous painter during the onset of the Italian Renaissance, the end of the Palaeologan Renaissance and the beginning of the Greek Renaissance. He worked with Venetian master Nicolaus Storlado. His contemporaries in Crete were Manuel Fokas and Ioannis Pagomenos. He brought the art of Constantinople to Venice and Crete. He influenced both Greek and Italian art. Artists he influenced include: Angelos Akotantos and Andreas Ritzos. He completed some mosaics for St Mark's Basilica in Venice. 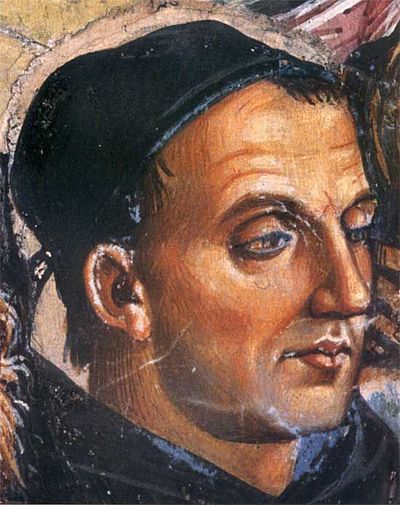 Fra Angelico was a Dominican friar and Italian painter of the Early Renaissance, described by Vasari in his Lives of the Artists as having "a rare and perfect talent". He earned his reputation primarily for the series of frescoes he made for his own friary, San Marco, in Florence.

Paolo Uccello, born Paolo di Dono, was an Italian painter and mathematician who was notable for his pioneering work on visual perspective in art. In his book Lives of the Most Excellent Painters, Sculptors, and Architects, Giorgio Vasari wrote that Uccello was obsessed by his interest in perspective and would stay up all night in his study trying to grasp the exact vanishing point. While his contemporaries used perspective to narrate different or succeeding stories, Uccello used perspective to create a feeling of depth in his paintings. His best known works are the three paintings representing the battle of San Romano, which were wrongly entitled the Battle of Sant'Egidio of 1416 for a long period of time.

Carlo Crivelli was an Italian Renaissance painter of conservative Late Gothic decorative sensibility, who spent his early years in the Veneto, where he absorbed influences from the Vivarini, Squarcione, and Mantegna. He left the Veneto by 1458 and spent most of the remainder of his career in the March of Ancona, where he developed a distinctive personal style that contrasts with that of his Venetian contemporary Giovanni Bellini.

Very little is known about Greco's background; we only have his signature on four paintings, where he identifies as "Greco da Valona". His ethnic origin is disputed. Vokotopoulos (1997) and Catalano (2019) support a Greek origin,[4][5][6] Murolo (1992) and Koçollari (2018) support an Albanian origin.[7][8] Between the 16th and 20th centuries, there were about a dozen artists who used the adjective Greco. Vokotopoulos claims that during the period that Michele Greco lived, the adjective was undeniably used to denote an ethnic Greek origin, and that it is only from the 17th century onwards that it was also used as a surname.[4] Koçollari claims that the adjective Greco indicates the painter's religious affiliation.[7] He was part of the refugees who migrated to Italy after the rise of the Ottoman Empire. Michele was active in Abruzzo and Molise. He is one of the few artists to have traveled all over Italy.[9]

He was trained as a Byzantine master. As Michele's career progressed he sheds his Italo-Byzantine style and exhibits a more sophisticated Venetian style. There is also evidence he was influenced by Vincenzo de Rogata. The evidence is in the triptych from the San Bernardino coven in Salerno.[10]

The painter's first work is a triptych he painted in 1505. It features the Madonna and Child between Saints John the Baptist and Adam, with a Pietà. The work was done for the church of Santa Maria Maggiore in Guglionesi and is now in the Aquila museum. His signature poem at the bottom of the triptych provides some information about the artist.[11]

There are two other paintings in Guglionesi. One is dated 1505 and the other 1508. The earlier painting is the Madonna delle Grazie between Saints Rocco and Sebastiano. This work is very controversial because the Virgin is feeding breast milk to the people. Breast milk is reigning from the heavens. The painting has been featured in the Italian news on countless occasions. The final work dated 1508, featured Madonna between Saints Peter and Paul.[12]

Rise of the Ottoman Empire

Rise of the Ottoman Empire

The rise of the Ottoman Empire is a period of history that started with the emergence of the Ottoman principality in c. 1299, and ended circa 1453. This period witnessed the foundation of a political entity ruled by the Ottoman Dynasty in the northwestern Anatolian region of Bithynia, and its transformation from a small principality on the Byzantine frontier into an empire spanning the Balkans, Anatolia, Middle East and North Africa. For this reason, this period in the empire's history has been described as the "Proto-Imperial Era". Throughout most of this period, the Ottomans were merely one of many competing states in the region, and relied upon the support of local warlords Ghazis and vassals (Beys) to maintain control over their realm. By the middle of the fifteenth century the Ottoman sultans were able to accumulate enough personal power and authority to establish a centralized imperial state, a process which was brought to fruition by Sultan Mehmed II. The conquest of Constantinople in 1453 is seen as the symbolic moment when the emerging Ottoman state shifted from a mere principality into an empire therefore marking a major turning point in its history. 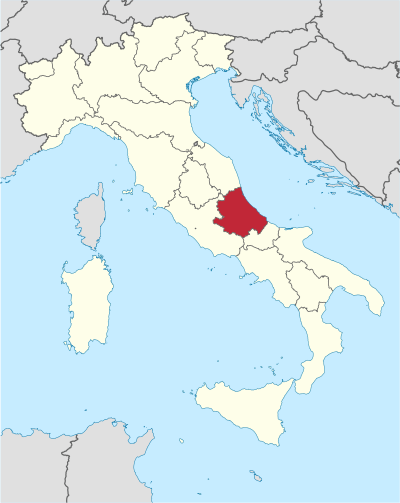 Abruzzo is a region of Southern Italy with an area of 10,763 square km and a population of 1.3 million. It is divided into four provinces: L'Aquila, Teramo, Pescara, and Chieti. Its western border lies 80 km (50 mi) east of Rome. Abruzzo borders the region of Marche to the north, Lazio to the west and north-west, Molise to the south and the Adriatic Sea to the east. Geographically, Abruzzo is divided into a mountainous area in the west, which includes the highest massifs of the Apennines, such as the Gran Sasso d'Italia and the Maiella, and a coastal area in the east with beaches on the Adriatic Sea. 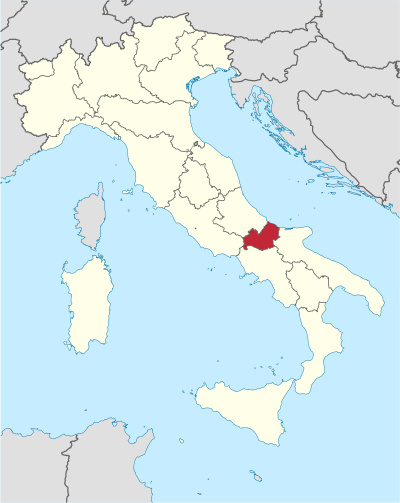 Molise is a region of Southern Italy. Until 1963, it formed part of the region of Abruzzi e Molise, alongside the region of Abruzzo. The split, which did not become effective until 1970, makes Molise the newest region in Italy. Covering 4,438 square kilometres (1,714 sq mi), it is the second smallest region in the country after the Aosta Valley, and has a population of 313,348. 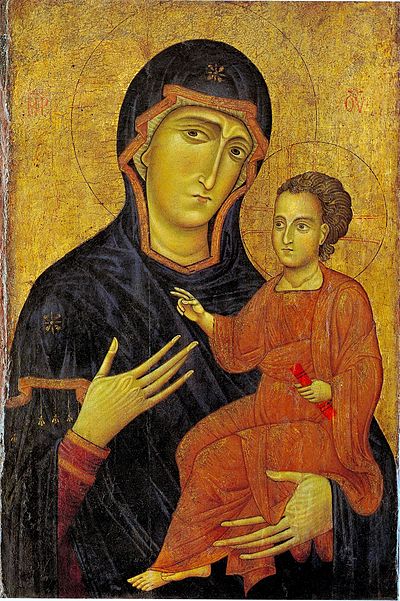 Italo-Byzantine is a style term in art history, mostly used for medieval paintings produced in Italy under heavy influence from Byzantine art. It initially covers religious paintings copying or imitating the standard Byzantine icon types, but painted by artists without a training in Byzantine techniques. These are versions of Byzantine icons, most of the Madonna and Child, but also of other subjects; essentially they introduced the relatively small portable painting with a frame to Western Europe. Very often they are on a gold ground. It was the dominant style in Italian painting until the end of the 13th century, when Cimabue and Giotto began to take Italian, or at least Florentine, painting into new territory. But the style continued until the 15th century and beyond in some areas and contexts. 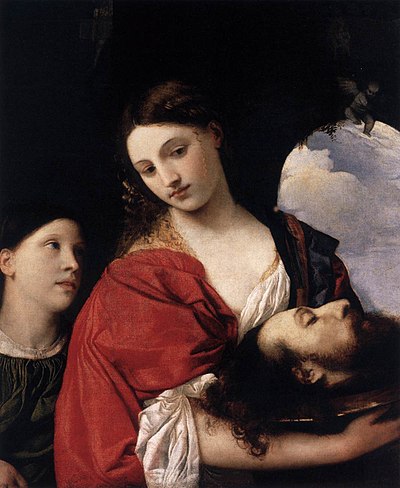 Venetian painting was a major force in Italian Renaissance painting and beyond. Beginning with the work of Giovanni Bellini and his brother Gentile Bellini and their workshops, the major artists of the Venetian school included Giorgione, Titian, Tintoretto (1518–1594), Paolo Veronese (1528–1588) and Jacopo Bassano (1510–1592) and his sons. Considered to give primacy to colour over line, the tradition of the Venetian school contrasted with the Mannerism prevalent in the rest of Italy. The Venetian style exerted great influence upon the subsequent development of Western painting. 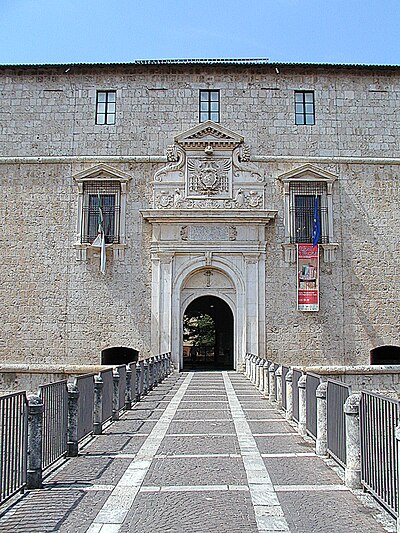 The Museo Nazionale d'Abruzzo is hosted in the Forte Spagnolo of L'Aquila. 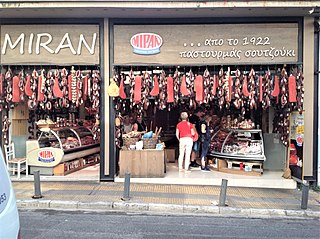