Michael Lewis Goguen (born March 8, 1964) is an American engineer and businessman. He is a former partner at the venture capital firm Sequoia Capital, and as of 2015 was ranked at number 52 on Forbes magazine's annual Midas List of the best dealmakers in technology and life science venture capital.[1][2] 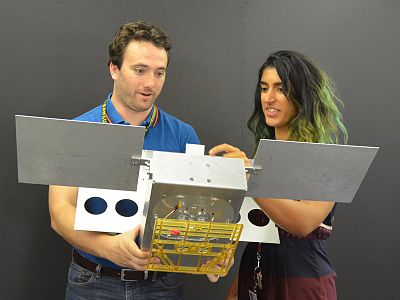 Engineers, as practitioners of engineering, are professionals who invent, design, analyze, build and test machines, complex systems, structures, gadgets and materials to fulfill functional objectives and requirements while considering the limitations imposed by practicality, regulation, safety and cost. The word engineer is derived from the Latin words ingeniare and ingenium ("cleverness"). The foundational qualifications of an engineer typically include a four-year bachelor's degree in an engineering discipline, or in some jurisdictions, a master's degree in an engineering discipline plus four to six years of peer-reviewed professional practice and passage of engineering board examinations.

Sequoia Capital is an American venture capital firm. The firm is headquartered in Menlo Park, California, and specializes in seed stage, early stage, and growth stage investments in private companies across technology sectors. As of 2022, Sequoia's total assets under management were approximately US$85 billion.

Venture capital is a form of private equity financing that is provided by venture capital firms or funds to startups, early-stage, and emerging companies that have been deemed to have high growth potential or which have demonstrated high growth. Venture capital firms or funds invest in these early-stage companies in exchange for equity, or an ownership stake. Venture capitalists take on the risk of financing risky start-ups in the hopes that some of the firms they support will become successful. Because startups face high uncertainty, VC investments have high rates of failure. The start-ups are usually based on an innovative technology or business model and they are usually from high technology industries, such as information technology (IT), clean technology or biotechnology.

Goguen was employed by Sequoia from 1996 to 2016, during which time was a board member of startups including OpenDNS, Quantenna Communications, Versa Networks, vIPtela, and Infoblox.[1] He led Sequoia's investments in Ardent (CSCO), Avanex (AVNX), LitePoint (TER), LogLogic (TIBX), MaxComm (CSCO), Monterey Networks (CSCO), Navini (CSCO), Netiverse (CSCO), NetScreen (JNPR), Pipelinks (CSCO), Redback Networks (RBAK), Spatial Wireless (ALU), Springbank (CacheFlow), Versatile (VTSS), Virident (WDC), VitalSigns (ALU), and Yago Systems (Cabletron), among others.[3] He was fired from Sequoia immediately after being sued by his longtime mistress Amber Baptiste for sexual abuse and breach of contract.[4][5][6][7] The lawsuit was dismissed in March 2019 for "Baptiste’s failure to provide documents, undergo medical exams and appear at hearings".[8]

In 2019, Goguen founded Two Bear Capital, a venture capital firm based in Whitefish, Montana. Two Bear Capital invested $22 million to Inimmune, a biotech company, in July 2020; this investment was part of the largest Series A investment in Montana history.[9]

Goguen has been married four times;[10] his wife is Jamie Stephenson Goguen.[11]

A civil lawsuit filed by four former employees led by Matthew Anthony Marshall in February 2021 was declared to lack merit by Judge Donald Molloy and the case was dismissed with prejudice in May 2022.[18] Marshall is currently serving jail time in federal prison for money laundering, income tax evasion, and defrauding Goguen.[19]

In November 2022, New York published a piece by investigative journalist Ken Silverstein that was researched over 18 months. Silverstein examined Marshall's con and the claims against Goguen. Silverstein discovered and wrote: “Goguen’s actions left a paper trail: His amended tax returns show that, between 2012 and 2015, he gave away millions of dollars to more than 30 women, some longtime partners and others brief hookups, which he belatedly disclosed under the IRS’s gift-tax provision. The payments were made in cash or routed through what appeared to be shell companies the women set up.” Additionally, “Some of his attempts to defend himself strained credibility. Goguen insisted he didn’t have one-night stands, but I had copies of his text messages with Marshall, in which he frequently boasted about casual hookups with women he met at strip clubs.” However, “Interviews with other possible witnesses and with Goguen’s alleged victims quickly undercut Marshall’s claims.” Silverstein then went on to write about Marshall's campaign to weaponize the media against Goguen. “One of the strategies Marshall seemed to have in mind was to recruit a credulous journalist  -- that would later be me [Silverstein], apparently  -- who would faithfully repeat the claims from the civil lawsuit against Goguen. (The New York Post and the Daily Mail did publish stories about Goguen’s alleged crime in the months that followed.)”[20] 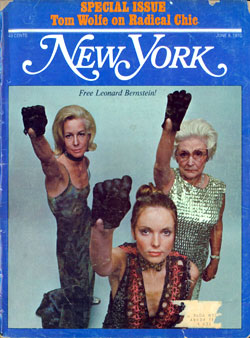 New York is an American biweekly magazine concerned with life, culture, politics, and style generally, and with a particular emphasis on New York City. Founded by Milton Glaser and Clay Felker in 1968 as a competitor to The New Yorker, it was brasher and less polite, and established itself as a cradle of New Journalism. Over time, it became more national in scope, publishing many noteworthy articles on American culture by writers such as Tom Wolfe, Jimmy Breslin, Nora Ephron, John Heilemann, Frank Rich, and Rebecca Traister.

Ken Silverstein is an American journalist who worked for the Los Angeles Times as an investigative reporter, for The Associated Press in Brazil, and has written for Mother Jones, Washington Monthly, The Nation, Slate, and Salon and Harper's Magazine. 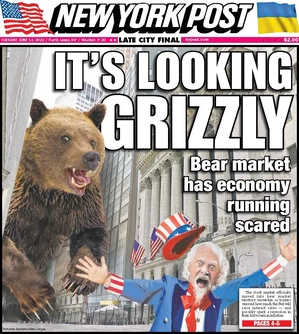 The Daily Mail is a British daily middle-market tabloid newspaper and news website published in London. Founded in 1896, it is the United Kingdom's highest-circulated daily newspaper. Its sister paper The Mail on Sunday was launched in 1982, while Scottish and Irish editions of the daily paper were launched in 1947 and 2006 respectively. Content from the paper appears on the MailOnline website, although the website is managed separately and has its own editor.

Step Up For Students 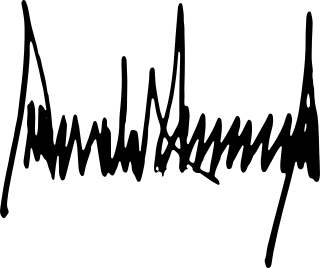