Maistro (formerly Blur Group) is a UK-based company which provides an online platform for organisations to buy and manage services within tail spend.

Maistro is a UK-based technology company that provides a hybrid of platform and procurement category expertise to enable organisations to purchase and manage services within the area of tail spend (small value purchases outside of contracts).

The company has a database of over 35,000 suppliers made up of providers from the UK/Europe, AsiaPac and North America. As part of using the platform customers benefit from access to the pool of suppliers, with Maistro vetting suppliers at various levels depending on the customers preferences.

The Maistro e-procurement platform uses a mix of AI and automation to enable anyone from an organisation to buy services quickly; from scoping, tendering and shortlisting to selecting, contracting and paying suppliers, while procurement teams benefit from ‘hands-off’ visibility and control, knowing that every purchase falls within their pre-defined standards.

The company was founded as Blur Group PLC in 2007 and was based in Exeter Science Park, Exeter, in the UK.[1] Its early service offerings included a b2b exchange, b-uncut.net, focused initially on the media and creative industries.[2]

Under the leadership of CEO Philip Letts (formerly CEO of Beenz.com), an investment round in Q4 2011 attracted investment from Archie Norman, among others.[3][4]

In 2014, Blur Group's stock price fell due to concerns regarding how revenue was reported. This came to light after a profit warning was released, indicating that multiple projects valued at over $100,000 were delayed until the next quarter, resulting in an 80% plunge in stock prices over previous year.[13] Blur issued four profit warnings between January 2014 and May 2015, and had to replace three CFOs in two years.[14]

An investigation led by the Financial Reporting Council (FRC) was initiated to determine if Blur Group was the principal or agent with regards to the outsourcing services provided. The investigation concluded in September 2015, with the FRC welcoming the actions[15] taken by the Blur Group directors, which included making a prior year restatement to reduce reported revenues[16] and increase loss before taxes, as well as clarify the organisation's revenue recognition accounting policy.

Further financial reporting problems led to the company's shares being suspended in June 2017,[17] and reports that Blur could go into administration.[18]

CEO Philip Letts left the company on 1 August 2017 (having presided over a share price plunge from a 2014 high of 665p to 3p),[20] Laurence Cook, appointed as chief commercial officer in November 2016, became Blur Group CEO,[21] and new chairman David Rowe slashed costs and raised £1.5 million to try to steady the company.[22] The company moved its UK office to Pynes Hill in Exeter in late 2017.[23]

In March 2019, the company moved its offices back to Exeter Science Park.

Exeter Science Park is a business park in the United Kingdom for companies specialising in science and technology. It is a 26 hectares site next to junction 29 of the M5 motorway, between Clyst Honiton and the outskirts of the city of Exeter. The park is linked to the University of Exeter Innovation Centre, which provides accommodation for knowledge-intensive business start-ups. Exeter University was stimulated to develop the park by the desire to turn ideas generated at the university into products and services that could be marketed. It is managed by Peninsula Innovations, a subsidiary of Exeter University which also runs the Innovation Centre. 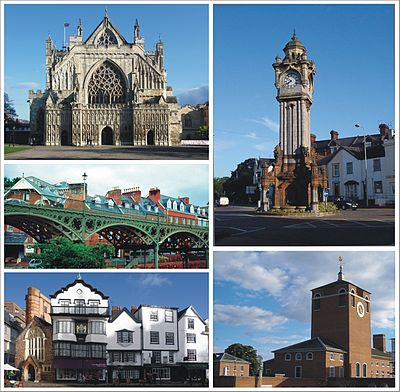 Exeter is a city in Devon, South West England. It is situated on the River Exe, approximately 36 mi (58 km) northeast of Plymouth and 65 mi (105 km) southwest of Bristol.

beenz.com was a website that allowed consumers to earn beenz, a type of online currency, for performing activities such as visiting a web site, shopping online, or logging on through an Internet service provider. The beenz e-currency could then be spent with participating online merchants.

A public limited company is a type of public company under United Kingdom company law, some Commonwealth jurisdictions, and the Republic of Ireland. It is a limited liability company whose shares may be freely sold and traded to the public, with a minimum share capital of £50,000 and usually with the letters PLC after its name. Similar companies in the United States are called publicly traded companies. Public limited companies will also have a separate legal identity.

London Stock Exchange (LSE) is a stock exchange in the City of London, England, United Kingdom. As of November 2021, the total market value of all companies trading on LSE was £3.9 trillion. Its current premises are situated in Paternoster Square close to St Paul's Cathedral in the City of London. Since 2007, it has been part of the London Stock Exchange Group. The LSE was the most-valued stock exchange in Europe from 2003 when records began till Autumn 2022 but the Paris Stock Exchange is now valued higher. The UK economic downturn is blamed.

AIM is a sub-market of the London Stock Exchange that was launched on 19 June 1995 as a replacement to the previous Unlisted Securities Market (USM) that had been in operation since 1980. It allows companies that are smaller, less-developed, or want/need a more flexible approach to governance to float shares with a more flexible regulatory system than is applicable on the main market.

The Financial Reporting Council (FRC) is an independent regulator in the UK and Ireland based in London Wall in the City of London, responsible for regulating auditors, accountants and actuaries, and setting the UK's Corporate Governance and Stewardship Codes. The FRC seeks to promote transparency and integrity in business by aiming its work at investors and others who rely on company reports, audits and high-quality risk management.

As a legal concept, administration is a procedure under the insolvency laws of a number of common law jurisdictions, similar to bankruptcy in the United States. It functions as a rescue mechanism for insolvent entities and allows them to carry on running their business. The process – in the United Kingdom colloquially called being "under administration" – is an alternative to liquidation or may be a precursor to it. Administration is commenced by an administration order. 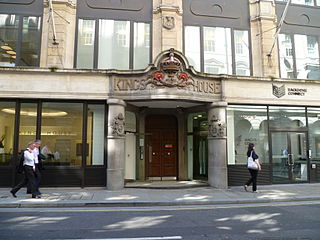 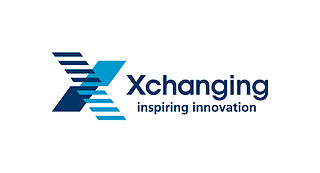