From Wikipedia, in a visual modern way
In this Chinese name, the family name is Mah (马).

Dato' Dr. Mah Hang Soon (simplified Chinese: 马汉顺; traditional Chinese: 馬漢順, Bàng-uâ-cê: Mā Háng-sông; born 19 July 1965) is a Malaysian politician who has served as Deputy Minister of Education I for the second term in the Barisan Nasional (BN) administration under Prime Minister Ismail Sabri Yaakob and Minister Radzi Jidin from August 2021 to October 2022. He served his first term in the Perikatan Nasional (PN) administration under former Prime Minister Muhyiddin Yassin and Minister Radzi Jidin from March 2020 to August 2021, Senator since March 2020 and deputy president of the Malaysian Chinese Association (MCA) under President Wee Ka Siong since November 2018, a component party of the Barisan Nasional (BN) coalition which is aligned with the PN coalition.[1] He was a member of the Perak State Legislative Assembly (MLA) for Chenderiang from March 2008 to May 2018. 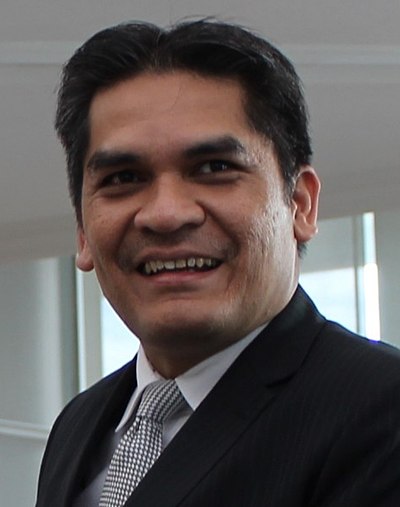 Mohd Radzi bin Md Jidin is a Malaysian politician and forensic accountant who served as Senior Minister of the Education and Social Cluster and as Minister of Education from 2021 to 2022. He has been the Member of Parliament (MP) for Putrajaya since November 2022.

The Malaysian Chinese Association is a uni-racial political party in Malaysia that seeks to represent the Malaysian Chinese ethnicity; it was one of the three original major component parties of the coalition party in Malaysia called the Alliance Party, which later became a broader coalition called Barisan Nasional in Malay, or National Front in English. 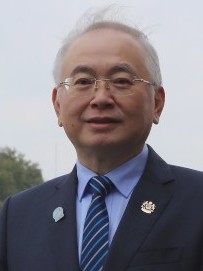 Datuk Seri Ir. Dr. Wee Ka Siong is a Malaysian politician, and engineer who has served as Minister of Transport for the second term in the Barisan Nasional (BN) administration under Prime Minister Ismail Sabri Yaakob since August 2021. He served his first term in the Perikatan Nasional (PN) administration under former Prime Minister Muhyiddin Yassin from March 2020 to August 2021 and the Member of Parliament (MP) for Ayer Hitam since March 2004. He served as Minister in the Prime Minister's Department and the Deputy Minister of Education in the Barisan Nasional (BN) administration from March 2008 to the collapse of the BN administration in May 2018. He has also served as President of the Malaysian Chinese Association (MCA), a component party of the ruling BN coalition, since November 2018. He is the sole minister of Chinese ethnicity and MCA and sole MCA candidate to be elected in the 2018 general election.

The Perak State Legislative Assembly is the unicameral state legislature of the Malaysian state of Perak. It is composed of 59 members representing single-member constituencies throughout the state. Elections are held no more than five years apart, along with elections to the federal parliament and other state assemblies.

Chenderiang is a state constituency in Perak, Malaysia, that has been represented in the Perak State Legislative Assembly.

Mah is a cardiologist and graduate of the University of Malaya. He has been involved in full-time politics since 2008.

Originally from Kampung Baru Changkat Kruing, Ayer Tawar, Perak Darul Ridzuan. He is the eldest of six siblings. His father's name was Mah Chow Nam (1944–2014), whilst his mother was Lee Kee Hiong (1942–), were smallholders of rubber and oil palm. He married Lim Soo Lee and had a son named Mah Song Wei (1996–).

He is the current deputy president of MCA. He was previously the National MCA Youth Vice President and the Perak MCA Youth Chief in 2008–2010. From 2013 until now, he is the Chairman of the MCA Perak and the Central Council (CC).

In the 11th Malaysian general election, Dr. Mah made his debut and contested the Jelapang state seat in the Perak State Legislative Assembly. He failed to win the seat by 7,981 votes compared to Hee Yit Foong, a Democratic Action Party (DAP) candidate who gained 8,233 votes.

During his two terms as Perak State Assemblyman, Dr. Mah has served in the Perak State Executive Council as the Chairman of the Health, Local Government, Consumer Affairs, Environment, Transportation and Non-Muslim Affairs (2009–2013); and Chairman of the Committee on Health, Public Transportation, Non-Islamic Affairs, National Integration and New Villages (2014–2018).

Dr. Mah was picked as the BN candidate to contest the Tanjong Malim parliamentary seat instead in the 14th Malaysian general election (GE14) even though his candidacy received protest from incumbent Ong Ka Chuan's party supporters who had protested in front of the Bangunan Perdana, Putrajaya prior to the nomination day. He however lost to the People's Justice Party (PKR) candidate Chang Lih Kang. The total number of votes he received was 19,314 while the PKR candidate received 24,672 votes with a majority of 5,358 votes. Overall, BN lost the parliamentary majority and failed to form the Federal Government in the GE14.

A general election was held on Sunday, 21 March 2004 for members of the 11th Parliament of Malaysia. Voting took place in all 219 parliamentary constituencies of Malaysia, each electing one Member of Parliament to the Dewan Rakyat, the dominant house of Parliament. This is first election for Abdullah as Prime Minister since appointed for this position in 2003. State elections also took place in 505 state constituencies in 12 out of 13 states of Malaysia on the same day as Sabah took the first time election was parallel with the rest of Peninsular Malaysia.

Jelapang is a state constituency in Perak, Malaysia, that has been represented in the Perak State Legislative Assembly.

Dato' Hee Yit Foong is a Malaysian politician who is infamous for her role in the 2009 Perak constitutional crisis by resigning from the Democratic Action Party (DAP) which she represented in the 2008 Malaysian general election and becoming an independent aligned with the ruling Barisan Nasional (BN). Her dramatic action was seen as an act of betrayal by many in her Jelapang constituency and has earned her unpleasant nicknames from the angry voters and Malaysian public such as 'traitor', 'running dog' and 'leaping frog'.

The Democratic Action Party is a centre-left social democratic political party in Malaysia. As one of four component parties of the Pakatan Harapan coalition, it formed the federal government after defeating Barisan Nasional in the 2018 Malaysian general election, ending the party's 53 year-long stay in the opposition. However, before the coalition finished its first term, defections from partnering parties caused it to lose power after 22 months, culminating in the 2020 Malaysian political crisis. It was the largest party in the Dewan Rakyat with 42 seats.

Chenderiang is a state constituency in Perak, Malaysia, that has been represented in the Perak State Legislative Assembly. 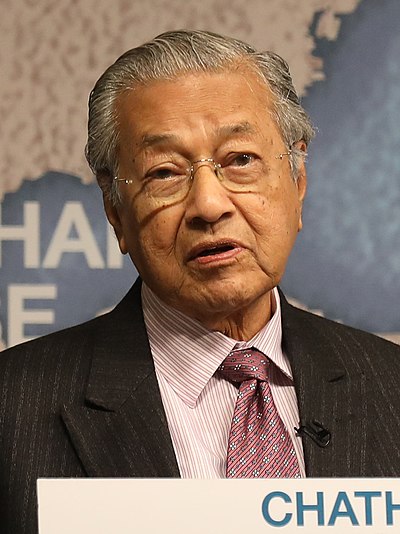 Chang Lih Kang is a Malaysian politician who has served as the Member of Parliament (MP) for Tanjong Malim since May 2018. He also served as Member of the Perak State Legislative Assembly (MLA) for Teja from March 2008 to May 2018. He is a member of the People's Justice Party (PKR), a component party of the Pakatan Harapan (PH) opposition coalition. He has also served as Vice President of PKR since December 2018.

State assembly elections were held in Malaysia on 21 March 2004 in all states except Sarawak. The elections took place alongside general elections, and saw Barisan Nasional and its allies won majorities in all states except Kelantan where, despite earlier reports to the contrary, Pan-Malaysian Islamic Party (PAS) retained control with a narrow majority of 24 seats to BN's 21. The National Front regained control of the state of Terengganu, which it lost to the PAS in 1999.

The Malaysian Chinese Association is a uni-racial political party in Malaysia that seeks to represent the Malaysian Chinese ethnicity; it was one of the three original major component parties of the coalition party in Malaysia called the Alliance Party, which later became a broader coalition called Barisan Nasional in Malay, or National Front in English. 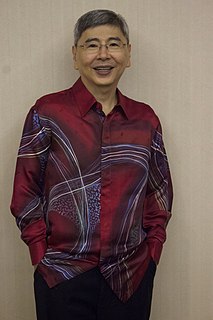