The following list of glam metal bands and artists includes bands and artists that have been described as glam metal or its interchangeable terms, hair metal,[1][2] hair bands,[3] pop metal[1] and lite metal[1] by professional journalists at some stage in their career. Glam metal is a subgenre of heavy metal[4] and is influenced by 1970s glam rock.[5] Glam metal groups wear "flashy clothing, heavy makeup, and large, teased hair".[6]

Glam metal is a subgenre of heavy metal that features pop-influenced hooks and guitar riffs, upbeat rock anthems, and slow power ballads. It borrows heavily from the fashion and image of 1970s glam rock.

Glam rock is a style of rock music that developed in the United Kingdom in the early 1970s and was performed by musicians who wore outrageous costumes, makeup, and hairstyles, particularly platform shoes and glitter. Glam artists drew on diverse sources across music and throwaway pop culture, ranging from bubblegum pop and 1950s rock and roll to cabaret, science fiction, and complex art rock. The flamboyant clothing and visual styles of performers were often camp or androgynous, and have been described as playing with other gender roles. Glitter rock was a more extreme version of glam rock.

Accept are a German heavy metal band from the town of Solingen, formed in 1976 by guitarist Wolf Hoffmann and former members Udo Dirkschneider (vocals) and Peter Baltes (bass). Their beginnings can be traced back to the late 1960s, when the band got its start under the name Band X. Accept's lineup has changed over the years, which has included different singers, guitarists, bassists and drummers.

Aerosmith is an American rock band formed in Boston in 1970. The group consists of Steven Tyler, Joe Perry (guitar), Tom Hamilton (bass), Joey Kramer (drums) and Brad Whitford (guitar). Their style, which is rooted in blues-based hard rock, has also incorporated elements of pop rock, heavy metal, glam metal, and rhythm and blues, and has inspired many subsequent rock artists. They are sometimes referred to as "the Bad Boys from Boston" and "America's Greatest Rock and Roll Band". The primary songwriting team of Tyler and Perry is often known as the "Toxic Twins".

Alien is a Swedish rock and metal band formed in Gothenburg in 1986, by guitarist Tony Borg and vocalist Jim Jidhed. They are best known today for their singles "Only One Woman", a cover of a Marbles song, "Tears Dont Put Out The Fire" and "Brave New Love", which was featured in the end credits of the 1988 remake of The Blob.

Autograph is an American glam metal band formed in Pasadena, California, in 1983. 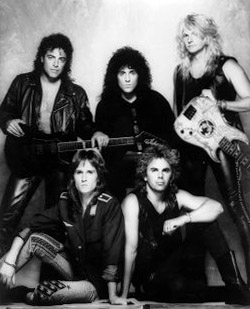 Bad English was an American/British glam metal supergroup formed in 1987. It reunited Journey keyboardist Jonathan Cain with singer John Waite and bassist Ricky Phillips, his former bandmates in the Babys, along with Journey guitarist Neal Schon and drummer Deen Castronovo.

Bad4Good was a heavy metal band formed in 1991 by guitarist Steve Vai. The band was a quartet of teenagers, the oldest of whom was 16. The group consisted of guitarist Thomas McRocklin, bassist Zack Young, drummer Brooks Wackerman, and singer Danny Cooksey.

Bang Tango is an American hard rock band. The band was formed in Los Angeles in 1988 and was signed to MCA Records the same year.

Barren Cross is an American Christian metal band that was formed in Los Angeles in 1983 by high school friends Ray Parris (guitar) and Steve Whitaker (drums). The band released six albums from 1986 to 1994. They have reunited for a few shows in recent years, and plan to record a new album.

Bangalore Choir is an American hard rock band formed in 1991. They were formed by the former frontman of Accept, David Reece, and guitarists Curt Mitchell and John Kirk. Joining them from Hericane Alice, was bassist Ian Mayo and Jackie Ramos on drums, future members of the band Bad Moon Rising with Whitesnake/Dio guitarist Doug Aldrich and Lion/Tytan vocalist Kal Swann. Their debut album, On Target, was produced by Max Norman, and featured songs co written by Jon Bon Jovi and Aldo Nova. Despite having big names involved, the album was not a success and the band split up.

Bad City was a five-piece rock band from Chicago, Illinois. They were signed to Atlantic Records in 2010. The band released their debut album Welcome to the Wasteland, produced by Grammy Award nominated producer Johnny K, on August 24, 2010.

Bang Camaro is an American hard rock band from Boston, Massachusetts. Founded by guitarists Bryn Bennett and Alex Necochea in 2005, it is composed of members of various indie rock bands from the area. In 2009, the group is signed with Black Sword Records, 8th Impression Music, and Fontana/Universal. 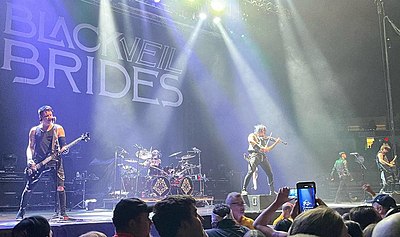 Black Veil Brides is an American rock band based in Hollywood, California. The group formed in 2006 in Cincinnati, Ohio and is currently composed of lead vocalist Andy Biersack, rhythm guitarist and violinist Jinxx, lead guitarist Jake Pitts, drummer Christian "CC" Coma and bassist Lonny Eagleton. Black Veil Brides are known for their use of black makeup, body paint, tight black studded clothing, and long hair, which were all inspired by the stage personas of Kiss and Mötley Crüe, as well as other 1980s glam metal acts. 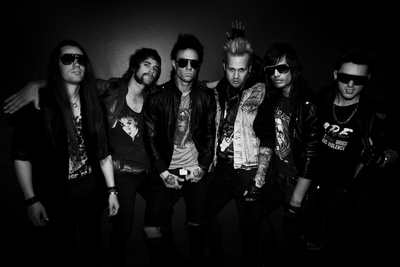 Blessed by a Broken Heart

Blessed by a Broken Heart

Blessed by a Broken Heart was a Canadian rock band from Montreal, Quebec. The band's last line-up consisted of vocalist/rhythm guitarist Sam Ryder, lead guitarist "Shred" Sean Maier, bassist Tyler Hoare, and drummer and keyboardist Ian "Slater" Evans. They released three albums, the last of which, Feel the Power, was released by Tooth & Nail Records and made the Billboard Christian Albums and Heatseekers Albums charts. 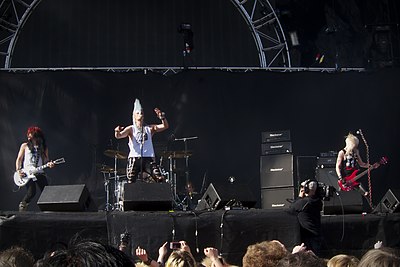 Diamond Nights is a hard rock/indie rock band whose influences include Thin Lizzy, Queen, and Cheap Trick. They formed in New York City in 2003, and released their debut album Popsicle in 2005. The band's song "The Girl's Attractive" was featured in a 2006 Jaguar advertisement, as well as the episode entitled "Thirst" from The CW's Smallville and in an Austrian beer (Stiegl) commercial.

Diemonds is a Canadian hard rock band formed in 2006 in Toronto and fronted by Priya Panda.

Falling in Reverse is an American rock band based in Las Vegas, Nevada, that formed in 2008 by lead vocalist Ronnie Radke while he was incarcerated. The band's original name was "From Behind These Walls", but it was quickly renamed to Falling in Reverse shortly after formation. They are currently signed to Epitaph Records. 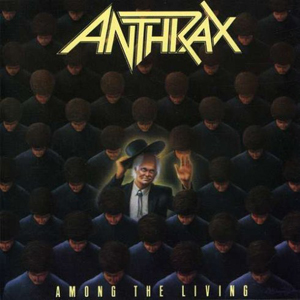 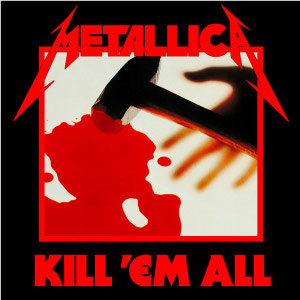 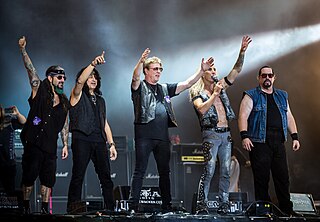 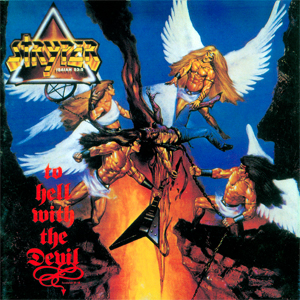 To Hell with the Devil 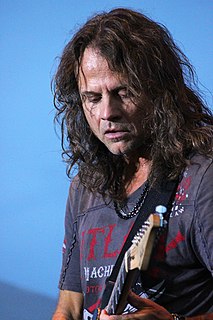 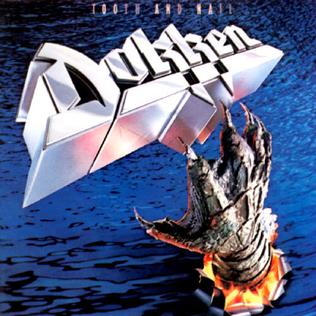 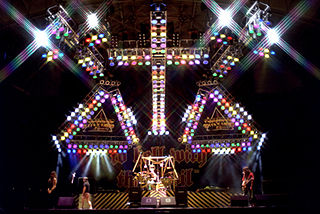 Wake Me When It's Over 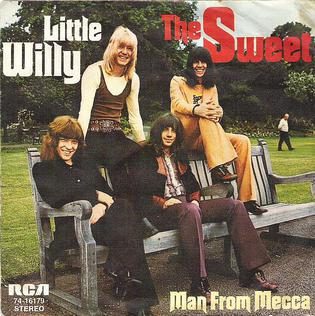