Laney Amplification was founded in 1967 by Lyndon Laney while playing bass guitar in Band of Joy. Lyndon's intense interest in electronics, paired with his lack of funds to purchase a proper amplifier, led to his building what would become the first Laney amp in his father's garage. As word spread of the tone supplied by Lyndon's amplifiers, he was able to supplement his income with amp sales to many local musicians, including Tony Iommi of Black Sabbath.[3]

When the Laney signature tone was heard on Black Sabbath's seminal debut album in 1970, demand became too high for the new company's manufacturing facilities. Laney began manufacturing in the Digbeth quarter of Birmingham temporarily, but ultimately settled in Cradley Heath, where they stayed until 2004 when they again moved to larger facilities in Halesowen.

From the late ‘60s through much of the ‘70s, Laney focused primarily on their flagship LA100BL model amplifier and their KLIPP series amplifiers. The KLIPP series integrated a treble booster, similar to the Dallas Rangemaster used by countless rock and blues guitarists of the day.

As the 1980s began, there was an increased demand for overdrive and gain from amplifier manufacturers. Laney entered the market with their infamous AOR (Advanced Overdrive Response) series, offering an extra gain stage built in. This was particularly innovative as competitors such as Marshall would require extensive modification to achieve this sound. These amps were popular with such players as Randy Rhoads, Vinnie Moore, George Lynch, and Ace Frehley. Since the early ‘90s, these AOR amps have become a staple of the stoner rock and doom metal tone palette.

The 1990s found Laney building on their reputation for innovation with such products as the VC line of amps, which were combo units reminiscent of the Vox AC series, but with built in effects and advanced features. Their now classic VH100R, as well as the GH50L and GH100L head units were also introduced during this time period, gaining acclaim with such devotees as Paul Gilbert, Andy Timmons, John 5, and Joe Satriani. Laney also introduced Tony Iommi’s first signature amplifier, the GH100TI, in 1995.

In the new millennium, Laney has introduced several innovative product lines. These include the TT series, which combined the sounds of their classic rock heads with modern MIDI integration. Also introduced were the NEXUS series bass amplifiers, the retro styled Lionheart range, and the CUB series of lower wattage, economy amplifiers. 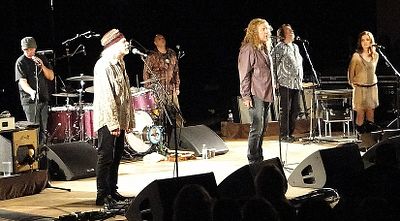 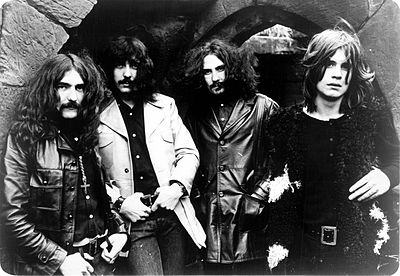 Black Sabbath were an English rock band formed in Birmingham in 1968 by guitarist Tony Iommi, drummer Bill Ward, bassist Geezer Butler and vocalist Ozzy Osbourne. They are often cited as pioneers of heavy metal music. The band helped define the genre with releases such as Black Sabbath (1970), Paranoid (1970) and Master of Reality (1971). The band had multiple line-up changes following Osbourne's departure in 1979 and Iommi is the only constant member throughout their history.

Digbeth is an area of Central Birmingham, England. Following the destruction of the Inner Ring Road, Digbeth is now considered a district within Birmingham City Centre. As part of the Big City Plan, Digbeth is undergoing a large redevelopment scheme that will regenerate the old industrial buildings into apartments, retail premises, offices and arts facilities. The district is considered to be Birmingham's 'Creative Quarter'. 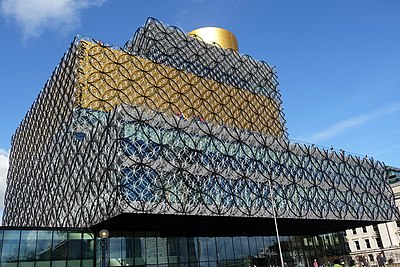 Cradley Heath is a town in the Rowley Regis area of the Metropolitan Borough of Sandwell, West Midlands, England approximately 2 miles (3 km) north-west of Halesowen, 3 miles (5 km) south of Dudley and 8 miles (13 km) west of central Birmingham. Cradley Heath is often confused with the neighbouring Halesowen district of Cradley, although the two places are separated by the River Stour and have long been in separate local authorities, and until 1966 were in separate counties. 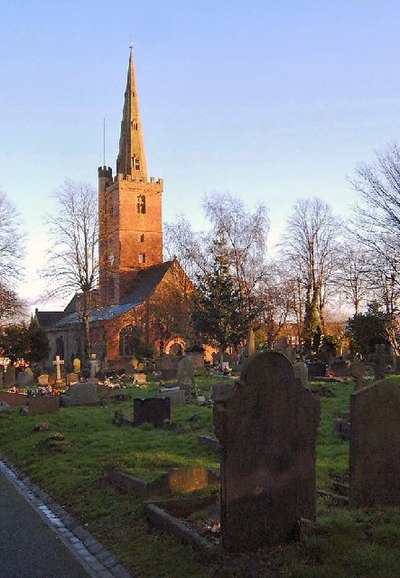 Halesowen is a market town in the Metropolitan Borough of Dudley, in the county of West Midlands, England.

The Dallas Rangemaster Treble Booster was an effects unit made for guitarists in the 1960s. Its function was two-fold: to increase the signal strength of the guitar going into the amplifier, and to increase tones at the high end of the spectrum. 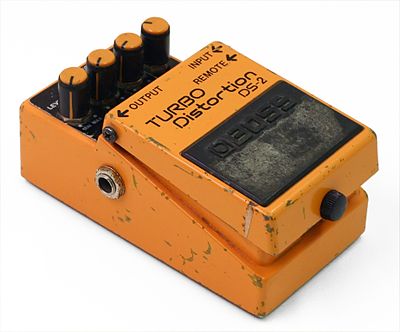 Distortion and overdrive are forms of audio signal processing used to alter the sound of amplified electric musical instruments, usually by increasing their gain, producing a "fuzzy", "growling", or "gritty" tone. Distortion is most commonly used with the electric guitar, but may also be used with other electric instruments such as electric bass, electric piano, synthesizer and Hammond organ. Guitarists playing electric blues originally obtained an overdriven sound by turning up their vacuum tube-powered guitar amplifiers to high volumes, which caused the signal to distort. While overdriven tube amps are still used to obtain overdrive, especially in genres like blues and rockabilly, a number of other ways to produce distortion have been developed since the 1960s, such as distortion effect pedals. The growling tone of a distorted electric guitar is a key part of many genres, including blues and many rock music genres, notably hard rock, punk rock, hardcore punk, acid rock, and heavy metal music, while the use of distorted bass has been essential in a genre of hip hop music and alternative hip hop known as "SoundCloud rap". 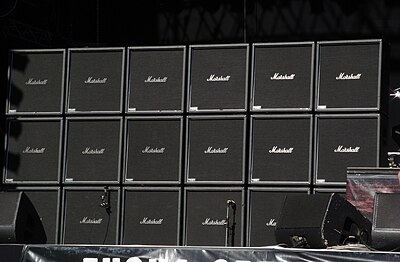 Marshall is a British company that designs and manufactures music amplifiers, speaker cabinets, brands personal headphones and earphones, drums and bongos. The company also owns a record label called Marshall Records. It was founded in London by drum shop owner and drummer, Jim Marshall, and is now based in Bletchley, Milton Keynes, England.

George Lynch is an American guitarist, best known for his work with the heavy metal band Dokken and his post-Dokken solo band Lynch Mob. He is considered to be one of the most famous and influential 1980s metal guitarists and is known for his unique playing style and sound. He is ranked No. 47 on "100 Greatest Guitarists of All Time" by Guitar World magazine and No. 10 on "Top 10 Metal Guitarists of All Time" by Gibson.

Paul Daniel "Ace" Frehley is an American musician, best known as the original lead guitarist and co-founding member of the hard rock band Kiss. He invented the persona of The Spaceman and played with the group from its inception in 1973 until his departure in 1982. After leaving Kiss, Frehley formed his own band named Frehley's Comet and released two albums with this group. He subsequently embarked on a solo career, which was put on hold when he rejoined Kiss in 1996 for a highly successful reunion tour.

Doom metal is an extreme subgenre of heavy metal music that typically uses slower tempos, low-tuned guitars and a much "thicker" or "heavier" sound than other heavy metal genres. Both the music and the lyrics are intended to evoke a sense of despair, dread, and impending doom. The genre is strongly influenced by the early work of Black Sabbath, who formed a prototype for doom metal. During the first half of the 1980s, a number of bands such as Witchfinder General and Pagan Altar from England, American bands Pentagram, Saint Vitus, the Obsessed, Trouble, and Cirith Ungol, and Swedish band Candlemass defined doom metal as a distinct genre. 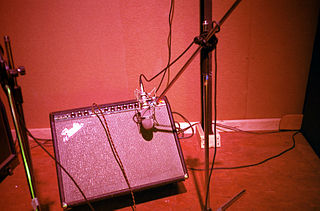 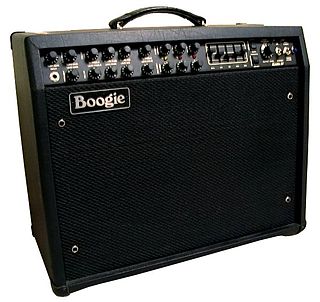 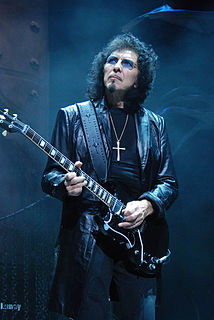 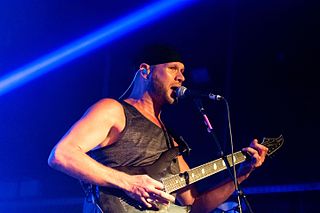 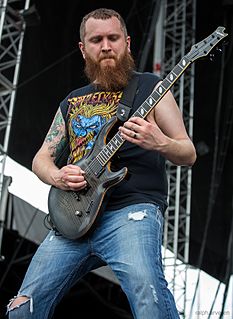 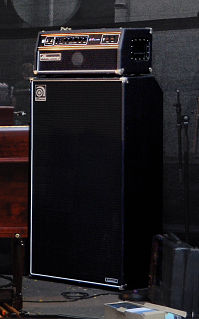 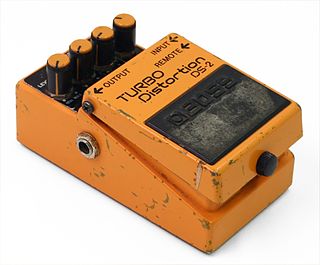 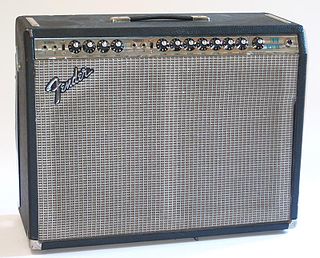 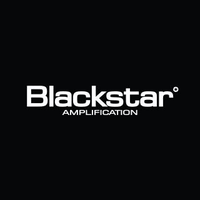