Gasterosteoidei is a suborder of ray-finned fishes that includes the sticklebacks and relatives, the 5th edition of Fishes of the World classifies this suborder within the order Scorpaeniformes.

The sticklebacks are a family of ray-finned fishes, the Gasterosteidae which have a Holarctic distribution in fresh, brackish and marine waters. They were thought to be related to the pipefish and seahorses but are now thought to be more closely related to the eelpouts and sculpins.

Fishes of the World

Fishes of the World

Fishes of the World by the American ichthyologist Joseph S. Nelson (1937–2011) is a standard reference for fish systematics. Now in its fifth edition (2016), the work is a comprehensive overview of the diversity and classification of the 30,000-plus fish species known to science.

Order is one of the eight major hierarchical taxonomic ranks in Linnaean taxonomy. It is classified between family and class. In biological classification, the order is a taxonomic rank used in the classification of organisms and recognized by the nomenclature codes. An immediately higher rank, superorder, is sometimes added directly above order, with suborder directly beneath order. An order can also be defined as a group of related families. 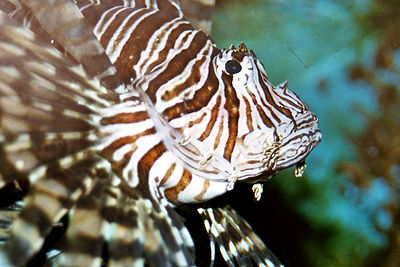 The Scorpaeniformes are a diverse order of ray-finned fish, including the lionfishes and sculpins, but have also been called the Scleroparei. It is one of the five largest orders of bony fishes by number of species, with over 1,320.

Gasterosteoidei is treated as a suborder within the order Scorpaeniformes in the 5th edition of Fishes of the World,[2] but in other phylogenetic classifications it is treated as the infraorder Gasterosteales within the suborder Cottoidei or as a sister clade to the Zoarcales in the order Zoarciformes.[3] Indostomidae is included within Gasterosteoidei in Fishes of the World'[2] but according to Betancur et al its inclusion in the clade renders it paraphyletic and they classify that family within the monotypic suborder Indostomoidei within the Synbranchiformes.[3]

Historically, Gasterosteoidei was treated as a suborder within the order Gasterostiformes and often included the sea horses, pipefishes and their relatives as suborder Syngnathoidei, with the sticklebacks and relatives in the suborder Gasterosteoidei.[4] The Gasterosteiformes sensu lato were regarded as paraphyletic with the Scorpaeniformes. The more typical members of that group (e.g. scorpionfishes) are apparently closer to the "true" Gasterosteiformes, whereas the keel-bodied flying gurnards (Dactylopteridae) seem actually to belong to the Syngnathiformes clade. It seems that the closest living relatives of the narrowly delimited Gasterosteoidei are the Zoarcoidei, which have been placed in the massively paraphyletic "Perciformes". The Zoarcoidei, as well as the related Trichodontidae, would then appear to be derived offshoots of the scorpaeniform-gasterosteiform radiation which have apomorphically lost the bone "armour" found in their relatives.[5]

Cottoidei is a suborder of ray-finned fishes which, according to the 5th edition of Fishes of the World, is placed within the order Scorpaeniformes, alongside the scorpionfishes, flatheads, eelpouts,sticklebacks and related fishes. 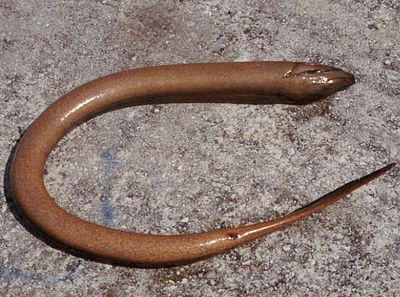 Synbranchiformes, often called swamp eels, is an order of ray-finned fishes that are eel-like but have spiny rays, indicating that they belong to the superorder Acanthopterygii.

Pipefishes or pipe-fishes (Syngnathinae) are a subfamily of small fishes, which, together with the seahorses and seadragons, form the family Syngnathidae.

The Scorpaeniformes are a diverse order of ray-finned fish, including the lionfishes and sculpins, but have also been called the Scleroparei. It is one of the five largest orders of bony fishes by number of species, with over 1,320. 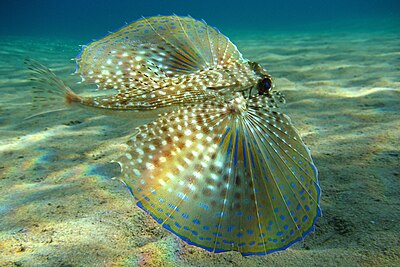 The flying gurnards are a family, Dactylopteridae, of marine fish notable for their greatly enlarged pectoral fins. As they cannot literally fly or glide in the air, an alternative name preferred by some authors is helmet gurnards. They have been regarded as the only family in the suborder Dactylopteroidei of the Scorpaeniformes but more recent molecular classifications put them in the order Syngnathiformes, in the superfamily Centriscoidea.

The Syngnathiformes are an order of ray-finned fishes that includes the trumpetfishes and seahorses.

A clade, also known as a monophyletic group or natural group, is a group of organisms that are monophyletic – that is, composed of a common ancestor and all its lineal descendants – on a phylogenetic tree. Rather than the English term, the equivalent Latin term cladus is often used in taxonomical literature.

Perciformes, also called the Percomorpha or Acanthopteri, is an order or superorder of ray-finned fish. If considered a single order, they are the most numerous order of vertebrates, containing about 41% of all bony fish. Perciformes means "perch-like". Perciformes is an Order within the Clade Percomorpha consisting of "perch-like" Percomorphans. This group comprises over 10,000 species found in almost all aquatic ecosystems.

An evolutionary radiation is an increase in taxonomic diversity that is caused by elevated rates of speciation, that may or may not be associated with an increase in morphological disparity. Radiations may affect one clade or many, and be rapid or gradual; where they are rapid, and driven by a single lineage's adaptation to their environment, they are termed adaptive radiations.

The Hypoptychidae, the sand-eels, are a small family of ray-finned fishes in the suborder Gasterosteoidei. The species in this family are found in the northern Pacific Ocean.

Franz Steindachner was an Austrian zoologist, ichthyologist, and herpetologist. He published over 200 papers on fishes and over 50 papers on reptiles and amphibians. Steindachner described hundreds of new species of fish and dozens of new amphibians and reptiles. At least seven species of reptile have been named after him.

Aulorhynchidae, the tube-snouts, is a small family of marine ray-finned fishes belonging to the suborder Gasterosteoidei in the order Scorpaeniformes. These fishes are found in the northern Pacific Ocean.

Aulichthys is a monospecific genus of marine ray-finned fish belonging to the family Aulorhynchidae. Its only species is Aulichthys japonicus, the tubenose, which is found in the shallow waters on the coasts of Japan, China and the Korean Peninsula This species lays its eggs inside of the peribranchial cavities of ascidians. This species grows to a length of 12.8 centimetres (5.0 in) SL.

James Carson Brevoort was an American collector of rare books and coins. He served as superintendent of the Astor Library for two years, also serving as trustee.

Aulorhynchus is a monospecific genus of marine ray-finned fish belonging to the family Aulorhynchidae. Its only species is the tube-snout which is found off the western coast of North America. 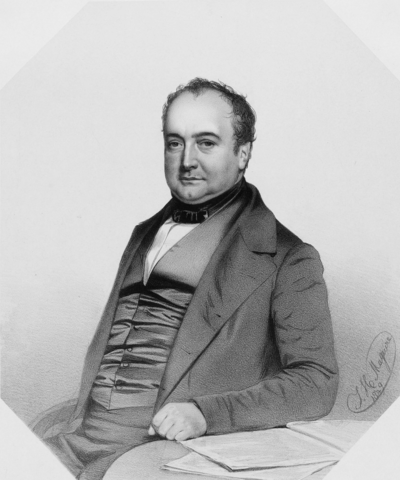 Charles Lucien Jules Laurent Bonaparte, 2nd Prince of Canino and Musignano, was a French naturalist and ornithologist. Lucien and his wife had twelve children, including Cardinal Lucien Bonaparte. 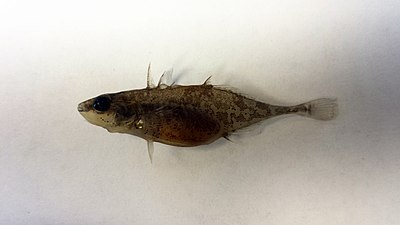 Apeltes is a monospecific genus old ray-finned fish belonging to the family Gasterosteidae, the sticklebacks. The only species in the genus is Apeltes quadracus, the fourspine stickleback or bloody stickleback, which lives in freshwater, brackish and benthopelagic environments of the northwestern Atlantic Ocean between Newfoundland and South Carolina.

Gilbert Percy Whitley was a British-born Australian ichthyologist and malacologist who was Curator of Fishes at the Australian Museum in Sydney for about 40 years. He was born at Swaythling, Southampton, England, and was educated at King Edward VI School, Southampton and the Royal Naval College, Osborne.

Gasterosteus is a genus of ray-finned fishes belonging to the family Gasterosteidae, the sticklebacks. These fishes are found in freshwater, brackish water and marine habitats in the Holarctic region. 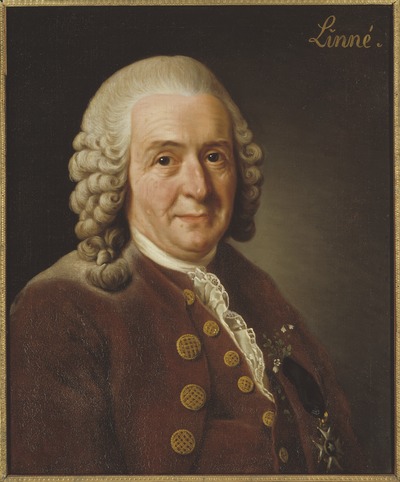 Carl Linnaeus, also known after his ennoblement in 1761 as Carl von Linné, was a Swedish botanist, zoologist, taxonomist, and physician who formalised binomial nomenclature, the modern system of naming organisms. He is known as the "father of modern taxonomy". Many of his writings were in Latin; his name is rendered in Latin as Carolus Linnæus and, after his 1761 ennoblement, as Carolus a Linné.

Jean Léopold Nicolas Frédéric, Baron Cuvier, known as Georges Cuvier, was a French naturalist and zoologist, sometimes referred to as the "founding father of paleontology". Cuvier was a major figure in natural sciences research in the early 19th century and was instrumental in establishing the fields of comparative anatomy and paleontology through his work in comparing living animals with fossils.

Gasterosteoidei is characterised by the possession of a protractile upper jaw and a well developed upward pointing process on the premaxilla. The body is often armoured with dermal plates and paired dermal plates grow from membranes grwing out fronm the pelvic girdle. If there are plates on the flanks these are often a single row of ossified lateral and dermal plates. Unpaired plates paired pelvic plates arising from a membranous outgrowth of the pelvic girdle; lateral body plates, when present, are represented by a single series of lateral and dermal ossifications. The unpaired plates on the body which create the dorsal and ventral series grow from the expanded proximal middle radials of the pterygiphores of the dorsal and anal fins. Separate pectoral radials do not develop during the fish's development and the pectoral radial plate is fused into a single unit on the scapulo-coracoid. They have very small mouths. There are between 1 and 6 branchiostegal rays and there is no postcleithrum in the pelvic girdle which is never joined directly to the cleithra. There are other skeletal features that these fishes share too. The kidneys of gasterosteoids synthesis an adhesive chemical which is used by males to create nests of plant material, it is not known if this is true of all the taxa within the group.[2] These are all rather small fishes with the largest species being the sea stickleback (Spinachia spinachia) which has a maximum published standard length of 22 cm (8.7 in).[7]

Gasterodteoidei are found in the northern hemisphere, mostly within the temperate and Arctic regions,[2] the exception is the Indostomidae which are found in freshwater habitats in mainland Southeast Asia.[8] The other groups can be found in fresh, brackish and salt water.[2] 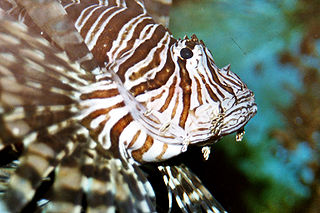 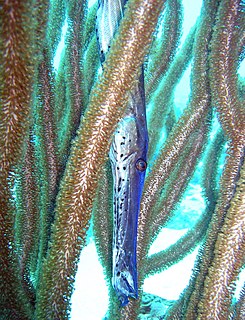 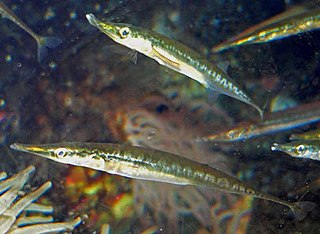