The Ford MA Concept concept car was a 2002 minimalist design exercise drawn by Jose Paris [1] and championed by Ford's VP of design J. Mays. It was exhibited as an art object in museums as well as a traditional concept car in auto shows. It received an IDSA Silver Industrial Design Excellence Award in 2003.

The MA displayed many unusual automotive practices. It had the shape of a low slung two seat roadster with no top, but it was powered by an electric motor. The design was flexible enough, though, to accommodate a small internal combustion engine.

Very few of the parts were painted and there were none of the usual hydraulic fluids or industrial adhesives common in most cars, making it 96% recyclable.

It was designed to be assembled and disassembled easily with a minimal amount of equipment. There were no welds holding it together: Instead, its 500 or so pieces of bamboo, aluminum and carbon fibre were held together with 364 titanium bolts. The total weight was said to be 900 pounds (410 kg).

Some automotive columnists have presented the Ford MA as the forerunner to a small series kit car, much like the Lotus Seven. Others have called it an IKEA-mobile. 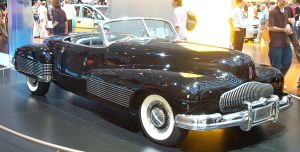 A concept car is a car made to showcase new styling and/or new technology. They are often exhibited at motor shows to gauge customer reaction to new and radical designs which may or may not be mass-produced. General Motors designer Harley Earl is generally credited with inventing the concept car, and did much to popularize it through its traveling Motorama shows of the 1950s.

An auto show, also known as a motor show or car show, is a public exhibition of current automobile models, debuts, concept cars, or out-of-production classics. It is attended by automotive industry representatives, dealers, auto journalists and car enthusiasts. Most auto shows occur once or twice a year. They are important to car manufacturers and local dealers as a public relations exercise, as they advertise new products and promote auto brands. The five most prestigious auto shows, sometimes called the "Big Five", are generally considered to be held in Frankfurt, Geneva, Detroit, Paris and Tokyo. Car enthusiast communities along the historic U.S. Route 66 are credited with general popularization of car meets, including ethnic groups such as the Hispanos of New Mexico, Chicanos, and Mexican-Americans of the Southwestern United States; lowrider, high technology, electric vehicle, and other enthusiast show, are popular in Los Angeles, Las Vegas, Albuquerque, San Francisco, and Chicago for this reason.

The Industrial Designers Society of America (IDSA) is a membership-based not-for-profit organization that promotes the practice and education of industrial design.

Recycling is the process of converting waste materials into new materials and objects. The recovery of energy from waste materials is often included in this concept. The recyclability of a material depends on its ability to reacquire the properties it had in its original state. It is an alternative to "conventional" waste disposal that can save material and help lower greenhouse gas emissions. It can also prevent the waste of potentially useful materials and reduce the consumption of fresh raw materials, reducing energy use, air pollution and water pollution.

Bamboos are a diverse group of evergreen perennial flowering plants making up the subfamily Bambusoideae of the grass family Poaceae. Giant bamboos are the largest members of the grass family. The origin of the word "bamboo" is uncertain, but it probably comes from the Dutch or Portuguese language, which originally borrowed it from Malay or Kannada. 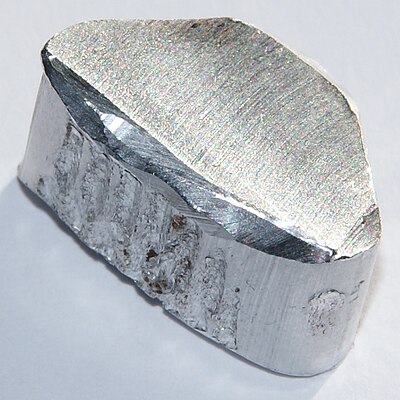 Aluminium is a chemical element with the symbol Al and atomic number 13. Aluminium has a density lower than those of other common metals, at approximately one third that of steel. It has a great affinity towards oxygen, and forms a protective layer of oxide on the surface when exposed to air. Aluminium visually resembles silver, both in its color and in its great ability to reflect light. It is soft, non-magnetic and ductile. It has one stable isotope, 27Al; this isotope is very common, making aluminium the twelfth most common element in the Universe. The radioactivity of 26Al is used in radiodating.

Titanium is a chemical element with the symbol Ti and atomic number 22. Found in nature only as an oxide, it can be reduced to produce a lustrous transition metal with a silver color, low density, and high strength, resistant to corrosion in sea water, aqua regia, and chlorine.

A kit car is an automobile available as a set of parts that a manufacturer sells and the buyer then assembles into a functioning car. Usually, many of the major mechanical systems such as the engine and transmission are sourced from donor vehicles or purchased new from other vendors. Kits vary in completeness, consisting of as little as a book of plans, or as much as a complete set with all components to assemble into a fully operational vehicle such as those from Caterham.

The Lotus Seven is a small, simple, lightweight, two-seater, open-top, open-wheel, sports car produced by the British manufacturer Lotus Cars between 1957 and 1972.

IKEA is a Swedish-Dutch multinational conglomerate based in the Netherlands that designs and sells ready-to-assemble furniture, kitchen appliances, decoration, home accessories, and various other goods and home services. Started in 1943 by Ingvar Kamprad, IKEA has been the world's largest furniture retailer since 2008. The brand used by the group is derived from an acronym that consists of the founder's initials, and those of Elmtaryd, the family farm where he was born, and the nearby village Agunnaryd. 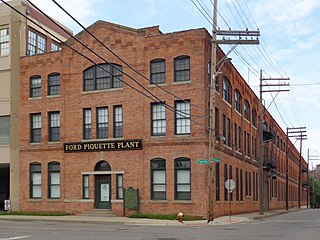 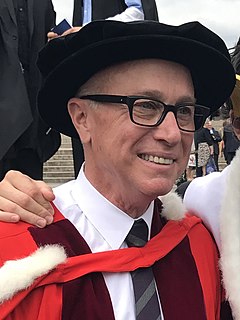 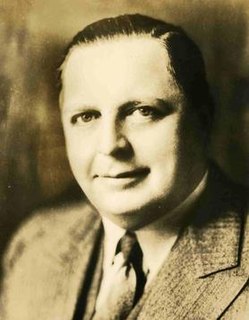 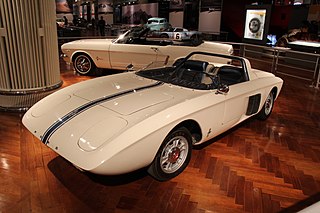