Fateme Asadi (Persian: فاطمه اسدی, romanized: Fāṭmh Asdī; 1960–1984) was an Iranian woman who was tortured and killed by the Democratic Party of Iranian Kurdistan (PDKI)[2][3] when she was attempting to obtain the release of her husband, who was detained by the group.[4] Her remains, found 37 years later in 2021,[5] were buried in the Chehel Cheshmeh mountains in Divandarreh district and identified by a DNA test.[6] She is reportedly the first Iranian woman victim since the Iran–Iraq War, whose missing body was recovered.[7] She was labelled a martyr by Iranian media.[8][5] 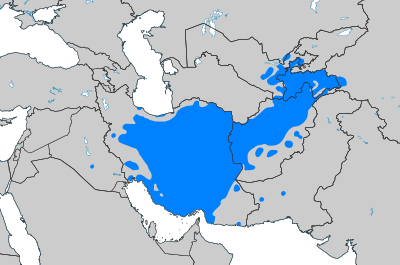 Persian, also known by its endonym Farsi, is a Western Iranian language belonging to the Iranian branch of the Indo-Iranian subdivision of the Indo-European languages. Persian is a pluricentric language predominantly spoken and used officially within Iran, Afghanistan, and Tajikistan in three mutually intelligible standard varieties, namely Iranian Persian, Dari Persian and Tajiki Persian. It is also spoken natively in the Tajik variety by a significant population within Uzbekistan, as well as within other regions with a Persianate history in the cultural sphere of Greater Iran. It is written officially within Iran and Afghanistan in the Persian alphabet, a derivation of the Arabic script, and within Tajikistan in the Tajik alphabet, a derivation of the Cyrillic script.

Divandarreh County is located in Kurdistan province, Iran. The capital of the county is Divandarreh. At the 2006 census, the county's population was 82,628, in 17,335 families.

The Iran–Iraq War was an armed conflict between Iran and Iraq that lasted from September 1980 to August 1988. It began with the Iraqi invasion of Iran and lasted for almost eight years, until the acceptance of United Nations Security Council Resolution 598 by both sides. Iraq's primary rationale for the attack against Iran cited the need to prevent Ruhollah Khomeini—who had spearheaded Iran's Islamic Revolution in 1979—from exporting the new Iranian ideology to Iraq; there were also fears among the Iraqi leadership of Saddam Hussein that Iran, a theocratic state with a population predominantly composed of Shia Muslims, would exploit sectarian tensions in Iraq by rallying Iraq's Shia majority against the Baʽathist government, which was officially secular and dominated by Sunni Muslims. Iraq also wished to replace Iran as the power player in the Persian Gulf, which was not seen as an achievable objective prior to the Islamic Revolution as Pahlavi Iran boasted colossal economic and military strength as well as close relationships with the United States and Israel. 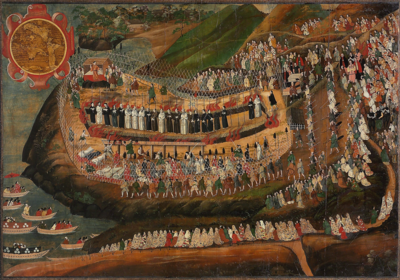 A martyr is someone who suffers persecution and death for advocating, renouncing, or refusing to renounce or advocate, a religious belief or other cause as demanded by an external party. In the martyrdom narrative of the remembering community, this refusal to comply with the presented demands results in the punishment or execution of an actor by an alleged oppressor. Accordingly, the status of the 'martyr' can be considered a posthumous title as a reward for those who are considered worthy of the concept of martyrdom by the living, regardless of any attempts by the deceased to control how they will be remembered in advance. Insofar, the martyr is a relational figure of a society's boundary work that is produced by collective memory. Originally applied only to those who suffered for their religious beliefs, the term has come to be used in connection with people killed for a political cause.

Fateme Asadi was born in 1960 in Bagherabad village, Divandarreh, Kurdistan Province, Iran.[3] Asadi's husband dug wells for Hosseinabad village, Sanandaj, at the request of the Islamic Revolutionary Guard Corps (IRGC) headquarters.[4] The Democratic Party of Iranian Kurdistan (KDPI) accused him of being an IRGC spy. He was held on this pretext and transported by the militia to the Dowlatou prison. The militants asked for 200,000 tomans, which Fateme Asadi collected by selling her belongings.[9] She was, however, held by the KDPI militants when she was handing over the money. She spent a month in detention where she was harassed and tortured before she was shot dead.[4]

Fateme Asadi's remains were found on 7 November 2021 during explorations in the Chehel Cheshmeh mountains in Divandarreh district, Iran.[5]

The funeral of Fateme Asadi in Sanandaj, 2021.

Divandarreh is a city and capital of Divandarreh County, Kurdistan Province, Iran. At the 2006 census, its population was 22,842, in 5,305 families.

Kurdistan or Kordestan province, is a province in Iran. The province of Kurdistan is 28,817 km2 in area.

A well is an excavation or structure created in the ground by digging, driving, or drilling to access liquid resources, usually water. The oldest and most common kind of well is a water well, to access groundwater in underground aquifers. The well water is drawn up by a pump, or using containers, such as buckets or large water bags that are raised mechanically or by hand. Water can also be injected back into the aquifer through the well. Wells were first constructed at least eight thousand years ago and historically vary in construction from a simple scoop in the sediment of a dry watercourse to the qanats of Iran, and the stepwells and sakiehs of India. Placing a lining in the well shaft helps create stability, and linings of wood or wickerwork date back at least as far as the Iron Age. 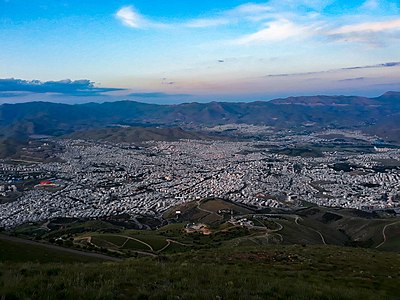 Sanandaj (Persian: سنندج, pronounced [sænænˈdædʒ] ; Kurdish: سنە, romanized: Sine, often romanized as Senneh, is the capital of Kurdistan Province in Iran. With a population of 414,069, Sanandaj is the twenty third largest city in Iran and the second largest Kurdish city. Sanandaj's founding is fairly recent,, yet under its short existence it has grown to become one of the centers of Kurdish culture. During the Iraq-Iran War the city was attacked by Iraqi planes and saw disturbances. From 2019 UNESCO has recognized Sineh as Creative City of Music. The city is located between the Qishlaq river, a tributary of the Diyala, and Mount Awidar, which separates it from the old Ardalan capital of Hasanabad. Carpet making is the biggest industry in Sanandaj. 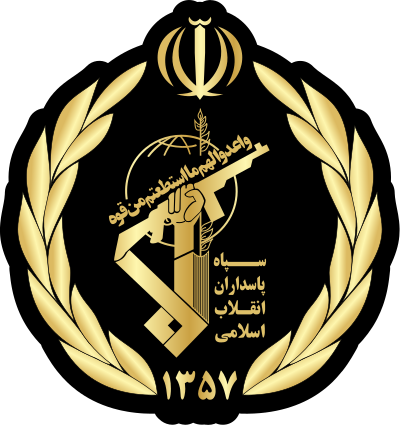 The Islamic Revolutionary Guard Corps is a branch of the Iranian Armed Forces, founded after the Iranian Revolution on 22 April 1979 by order of Ayatollah Ruhollah Khomeini. Whereas the Iranian Army defends Iranian borders and maintains internal order, according to the Iranian constitution, the Revolutionary Guard is intended to protect the country's Islamic republic political system, which supporters believe includes preventing foreign interference and coups by the military or "deviant movements". The IRGC is designated as a terrorist organization by the governments of Bahrain, Saudi Arabia and the United States.

The Imam Reza shrine in Mashhad, Iran, is a complex which contains the mausoleum of Imam Reza, the eighth Imam of Twelver Shias. It is the largest mosque in the world by area. Also contained within the complex are the Goharshad Mosque, a museum, a library, four seminaries, a cemetery, the Razavi University of Islamic Sciences, a dining hall for pilgrims, vast prayer halls, and other buildings.

The Shrine of Fatima Masumeh is located in Qom, which is considered by Shia Muslims to be the second most sacred city in Iran after Mashhad.

Hajar Khatoon Mosque is architecturally a unique and ancient Muslim mosque in the city of Sanandaj in Kurdistan Province, Iran.

The Fateme Asadi Award was announced covering rural women artists in the fields of performing arts, cinema, visual arts, decorative arts, hand-woven carpets, clothes and music. Rural women writers who have authored or translated books, stories and poetry can also apply for this award. Rural media activists, women in charge of rural non-governmental organizations, notable active women in the field of rural management, rural sportswomen, and women preachers and promoters of Quranic culture are among the other pillars of this award.[5] 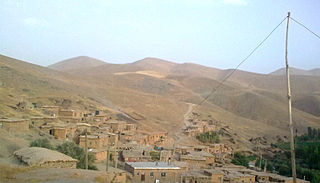 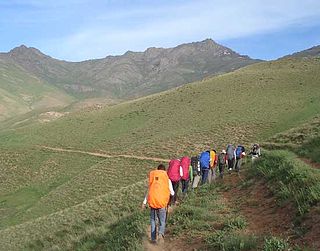