Football Club Istres Ouest Provence (French pronunciation: ​[istʁ]; commonly referred to as simply Istres) is a French association football club based in Istres. The club was formed in 1920 and currently play their home matches at the Stade Parsemain in Fos-sur-Mer, a commune in the Arrondissement of Istres. 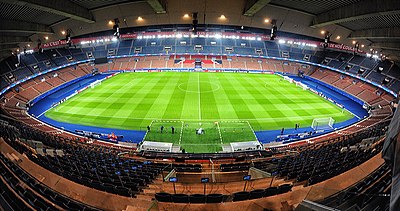 Association football is the most popular sport in France. The French Football Federation is the national governing body and is responsible for overseeing all aspects of association football in the country, both professional and amateur. The federation organizes the Coupe de France and is responsible for appointing the management of the men's, women's and youth national football teams in France. The federation gives responsibility of Ligue 1 and Ligue 2 to the Ligue de Football Professionnel who oversee, organize, and manage the country's top two leagues. The LFP is also responsible for organizing the Coupe de la Ligue, the country's league cup competition. The French Football Federation also supervises the overseas departments and territories leagues and hosts football club AS Monaco, a club based in the independent sovereign state of Monaco. In 2022, the FFF has 2.1 million licensees, 1.8 million players and 14,000 registered clubs.

Istres is a commune in southern France, some 60 km (38 mi) northwest of Marseille. It is in the Provence-Alpes-Côte d'Azur region, in the Bouches-du-Rhône department, of which it is a subprefecture. 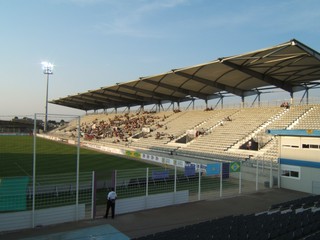 Stade Parsemain is a Multi-purpose stadium in Fos-sur-Mer, France. It is currently used mostly for football matches and is the home stadium of FC Istres. The stadium is able to hold 12,500 people and was built in 2005. 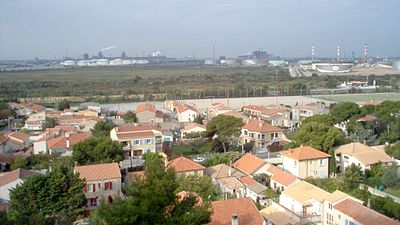 Fos-sur-Mer is a commune in the Bouches-du-Rhône department in southern France.

FC Istres was founded in 1920 by Édouard Guizonnier as SS Istréenne. In 1969, SS Istréenne was merged into the more general sports club Istres Sports, who chose to keep Istréenne's distinctive purple and black colours. In 1977 the club made young entrepreneur Michel Aviet the club's president and ex-Yugoslav goalkeeper Georges Korac the club's manager. During the Aviet-Korac years, the club advanced from France's lower regional divisions all the way up to Ligue 2.

In July 2015, the club was relegated to the 7th tier for financial reasons.

The 2004–05 season was the 85th season in the existence of FC Istres and the club's first season back in the top flight of French football. In addition to the domestic league, Istres participated in this season's edition of the Coupe de France and the Coupe de la Ligue. The season covered the period from 1 July 2004 to 30 June 2005.

Ligue 1, officially known as Ligue 1 Uber Eats for sponsorship reasons, is a French professional league for men's association football clubs. At the top of the French football league system, it is the country's primary football competition. Administrated by the Ligue de Football Professionnel, Ligue 1 is contested by 20 clubs and operates on a system of promotion and relegation from and to Ligue 2.

Ligue 2, also known as Ligue 2 BKT due to sponsorship by Balkrishna Industries, is a French professional football league. The league serves as the second division of French football and is one of two divisions making up the Ligue de Football Professionnel (LFP), the other being Ligue 1, the country's top football division. Contested by 20 clubs, it operates on a system of promotion and relegation with both Ligue 1 and the third division Championnat National. Seasons run from August to May, with teams playing 38 games each, totalling 380 games in the season. Most games are played on Fridays and Mondays, with a few games played during weekday and weekend evenings. Play is regularly suspended the last weekend before Christmas for two weeks before returning in the second week of January.

Dijon Football Côte d'Or, commonly referred to as Dijon FCO or simply as Dijon, is a French football club based in Dijon. The club was founded in 1998 as a result of a merger between two local clubs in the city, and competed in Ligue 2 after suffering relegation from Ligue 1 in the 2011–12 season. The club earned promotion back to Ligue 1 at the end of the 2015–16 season, before again being relegated in 2020–21. The club’s president is Olivier Delcourt. Dijon plays its home matches at the Stade Gaston Gérard.

Updated as of 17 May 2022. None of the players have a fixed/assigned shirt number by the club.

For a list of former FC Istres players, see below

As the governing body of association football, FIFA is responsible for maintaining and implementing the rules that determine whether an association football player is eligible to represent a particular country in officially recognised international competitions and friendly matches. In the 20th century, FIFA allowed a player to represent any national team, as long as the player held citizenship of that country. In 2004, in reaction to the growing trend towards naturalisation of foreign players in some countries, FIFA implemented a significant new ruling that requires a player to demonstrate a "clear connection" to any country they wish to represent. FIFA has used its authority to overturn results of competitive international matches that feature ineligible players. 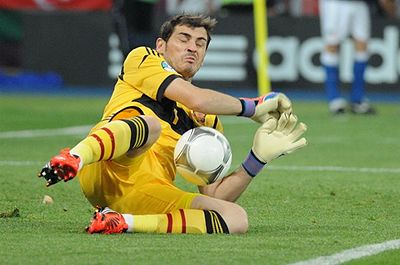 The goalkeeper is a position in association football. It is the most specialised position in the sport. The goalkeeper's main role is to stop the opposing team from scoring. This is accomplished by having the goalkeeper move into the trajectory of the ball to either catch it or direct it further from the vicinity of the goal line. Within the penalty area goalkeepers are allowed to use their hands, giving them the sole rights on the field to handle the ball. The goalkeeper is indicated by wearing a different coloured kit from their teammates and opposition.

The French Football Federation is the governing body of football in France. It also includes the overseas departments and the overseas collectivities and also Monaco. It was formed in 1919 and is based in the capital, Paris. The FFF was a founding member of FIFA and is responsible for overseeing all aspects of the game of football in France, both professional and amateur. The French Football Federation is a founding member of UEFA and joined FIFA in 1907 after replacing the USFSA, who were founding members.

Fabien Barrillon is a French professional footballer who plays as a defender for Marignane Gignac.

The club has two major rivalries. First is with neighbours FC Martigues, with many encounters over the years. The second is the Provence derby against AC Arles-Avignon.[2] 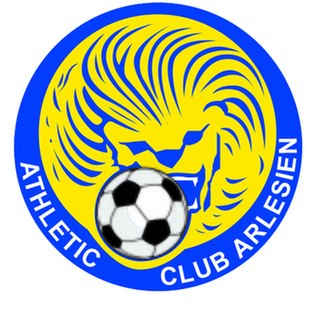 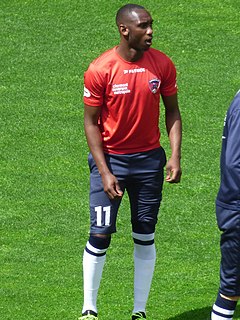