Endemol Shine UK (branded as EndemolShine UK and formerly Endemol UK Ltd)[3] is a British production company. The company is a subsidiary of Banijay.

Banijay is a French television production and distribution company which is the world's largest international content producer and distributor with over 120 production companies across 22 territories, and a multi-genre catalogue containing over 120,000 hours of original programming. Headquartered in Paris, the company was founded in January 2008 by Stéphane Courbit, formerly president of Endemol France, and has risen since its inception, to become a €3bn turnover business. It is currently a subsidiary of FL Entertainment N.V., based in Amsterdam. 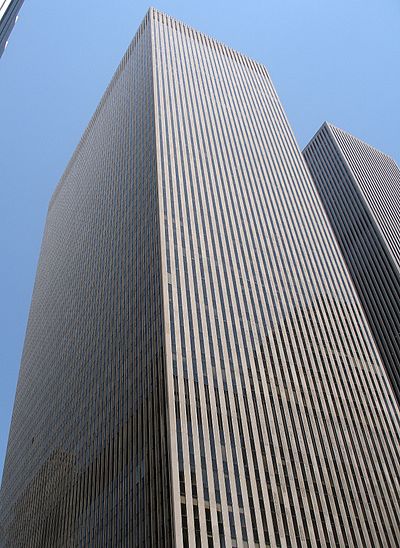 Twenty-First Century Fox, Inc., doing business as 21st Century Fox (21CF), was an American multinational mass media corporation that was based in Midtown Manhattan, New York City. It was one of the two companies formed on June 28, 2013, following a spin-off of the publishing assets of the old News Corporation as News Corp.

Kudos is a British film and television production company. It has produced television series for the BBC, ITV, Channel 4, Sky, Amazon and Netflix and its productions include Tin Star, Humans, Broadchurch, The Tunnel, Grantchester, Apple Tree Yard, Utopia, Spooks (US:MI5), Hustle and Life on Mars/Ashes to Ashes. In 2007 it was voted Best Independent Production Company by Broadcast magazine. Formed in 1992, since 2007 it has been part of the Shine Group. In 2007 it also set up the film unit, Kudos Pictures. In 2011, the Shine Group was 100% acquired by News Corporation and was part of the 50-50 joint-venture Endemol Shine Group. On 3 July 2020, France-based Banijay bought the studio through former's acquisition of Endemol Shine Group.

Princess Productions was a London-based television production company, formed by Henrietta Conrad and Sebastian Scott, which produced broadcast shows and pilots for all the major British broadcasters across a variety of genres, mainly specialising in entertainment and factual entertainment programmes. Highlights included Got To Dance, Must Be the Music, T4 and The Sunday Night Project.

The UK branch of Endemol originated from Peter Bazalgette's sale of his television company Bazal to the Guardian Media Group (GMG) in 1990. In September 1998, Endemol acquired a 50% stake and the division was named GMG Endemol. Endemol bought the company outright from GMG in August 2000.[6]

Since 2000, a series of corporate owners and public stock transactions has culminated in the joint venture of 2014 with 21st Century Fox's Shine Group to form the rebranded Endemol Shine UK, effective January 2015.[3][7]

The subsidiary which produced the show is listed in the bracket.

101 Ways to Leave a Gameshow

101 Ways to Leave a Gameshow

101 Ways to Leave a Gameshow is a British game show produced by Initial for the BBC hosted by Steve Jones and Nemone. On each episode, eight contestants compete for a £10,000 prize by picking the correct answers to general knowledge questions, all the while standing on a tower configured for various stunts. Competitors who pick incorrect answers are eliminated from the show in a variety of different ways, usually involving a drop into a large pool of water at the base of the tower. The show made its debut on BBC One on 10 July 2010 and ended on 28 August 2010. An American version hosted by Jeff Sutphen premiered on ABC on 21 June 2011. 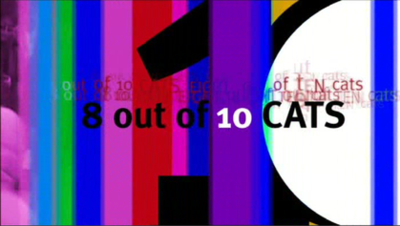 8 Out of 10 Cats is a British comedy panel show broadcast on Channel 4 and its sister networks, airing since 3 June 2005. The show is hosted by Jimmy Carr; the current team captains are Rob Beckett and Katherine Ryan. 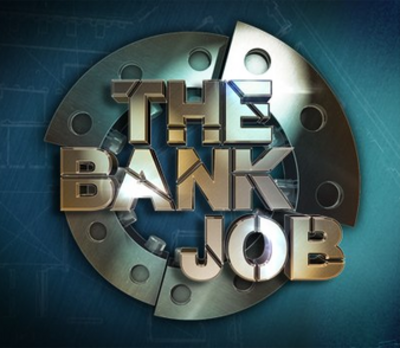 The Bank Job is a British television game show broadcast live on Channel 4, hosted by George Lamb. It was first broadcast on 2 January 2012 and ended on 17 March 2012.

Black Mirror is a British anthology television series created by Charlie Brooker. Individual episodes explore a diversity of genres, but most are set in near-future dystopias with science fiction technology—a type of speculative fiction. The series is based on The Twilight Zone and uses technology to comment on contemporary social issues. Most episodes are written by Brooker, with heavy involvement by the executive producer Annabel Jones.

Fear Factor is an American stunt/dare game show that first aired on NBC from 2001 to 2006 and was initially hosted by comedian and UFC commentator Joe Rogan. The show was adapted by Endemol USA from the original Dutch series titled Now or Neverland.

Gala TV was a bingo channel in the United Kingdom, launched in 2006 by Gala Bingo. The channel was removed from the satellite lineup in 2011. It continued as an online television channel, and in 2012 was renamed as Gala Live.

Golden Balls was a British daytime game show that was presented by Jasper Carrott. It was broadcast on the ITV network from 18 June 2007 to 18 December 2009. It was filmed at the BBC Television Centre. Golden Balls Ltd licensed their name to Endemol for the game show and merchandise. 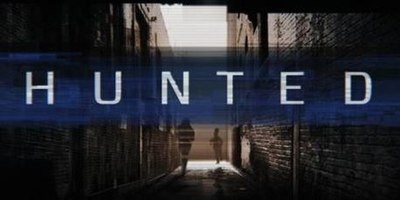 Hunted is a British reality series that began airing on Channel 4 on 10 September 2015. The series features contestants who are instructed to go on the run for a period of 25 days in mainland Great Britain, whilst avoiding a team of Hunters composed of former and serving police, intelligence personnel, and on-foot teams. During their time, the Hunters have access to contestants' personal information and use "powers of the state" such as ANPR, CCTV and call tracing to locate contestants. At times, the Hunters will use social media and monetary rewards to members of the public for information leading to a successful capture. On the final day, any remaining contestants must reach a designated "extraction" point before being captured, winning a share of £100,000. It has a similar format to the programme Wanted which aired from 1996–1997 on Channel 4.

Shine TV is a British media production company and part of Banijay with offices in London and Manchester.

Let's Play Darts is a charity sports show hosted by Gabby Logan. The show sees celebrities team up with professional darts players to play five rounds of darts before announcing a winner. The winner from each quarter-final episode goes through to the semi-final rounds.

The Match is a reality TV show on Sky One in which a group of celebrities form a football team to compete against a team of former professional footballers. The show begins with a large squad of celebrities who train and live together, all aiming to be selected for "The Match" against the team of legends. The show has also been published in Switzerland in 2006 and 2008 on SF 2.