The following is a list of notable deaths in April 2022. 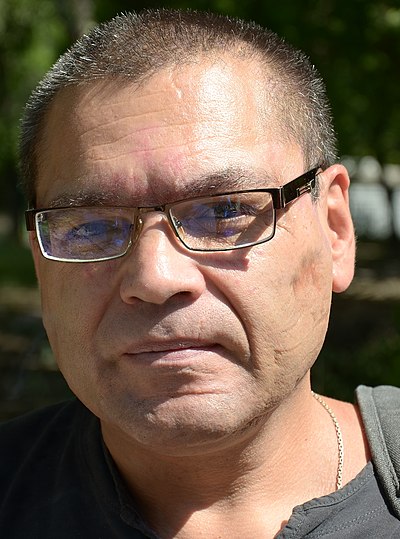 Andrei Maratovich Babitsky was a Russian journalist and war reporter, who worked for Radio Free Europe/Radio Liberty (RFE/RL) from 1989 to 2014, covering the 1991 August Coup, Civil War in Tajikistan and both the First and Second Chechen Wars from behind Chechen lines. Babitsky's kidnapping by the Russian forces in January–February 2000 during the Second Chechen War attracted attention of international journalists' organisations. His 2005 video interview with Chechen warlord Shamil Basayev was condemned by Russian government, as Basayev was on wanted terrorist list in Russia.

Radio Free Europe/Radio Liberty (RFE/RL) is a United States government funded organization that broadcasts and reports news, information, and analysis to countries in Eastern Europe, Central Asia, Caucasus, and the Middle East where it says that "the free flow of information is either banned by government authorities or not fully developed". RFE/RL is a private, non-profit 501(c)(3) corporation supervised by the U.S. Agency for Global Media, an independent government agency overseeing all U.S. federal government international broadcasting services. Jeremy Bransten is acting editor-in-chief of RFE.

Alberto Estella Goytre was a Spanish politician. A member of the Union of the Democratic Centre and the People's Party, he served in the Congress of Deputies from 1977 to 1982. He died in Salamanca on 1 April 2022 at the age of 81.

The Congress of Deputies is the lower house of the Cortes Generales, Spain's legislative branch. The Congress meets in the Palace of the Parliament in Madrid.

Addagatla Chinna Innayya was an Indian prelate of the Catholic Church who served as Bishop of Srikakulam, in the state of Andhra Pradesh, India, from 1993 to 2018.

Petre Ivănescu was a Romanian handball player and coach who played for Dinamo București and for the Romania national team.

Clubul Sportiv Dinamo București is a Romanian handball club based in Bucharest, that competes in the Liga Națională, the top flight of Romanian handball. Nicknamed "the Red Dogs", the club was founded in 1948. The club's home ground is the Sala Polivalentă Dinamo in Sector 2, to which it moved in 2013. Dinamo București are among Romania's most successful clubs, having won over twenty competitive honours, including 18 top-flight titles, 7 Romanian Cups, 5 Romanian Supercups, and 1 EHF Champions League. Dinamo București has rivalry with Steaua București.

Maksim Yevhenovych Levin was a Ukrainian photographer. He reported as a photojournalist from 2006, for LB.ua and Reuters among many others. He also provided photographs for international humanitarian organisations including UNICEF and World Health Organization.

Jolanta Lothe was a Polish actress. She appeared in more than twenty-five films since 1965.

Hunting Flies is a 1969 Polish comedy film directed by Andrzej Wajda. It was entered into the 1969 Cannes Film Festival.