Dayton Ward (born Zanzie Dayton Ward, June 7, 1967) is a science fiction author primarily known for his Star Trek novels and short stories, which began with publication in the Strange New Worlds anthology series. He published stories in each of the first three Strange New Worlds volumes[1], making him the first author to render himself ineligible under the rules of that series. As such, future authors who achieved the same feat were said to have earned a "Wardy".

In addition, he has written numerous articles in Star Trek Communicator and Star Trek Magazine. He has also published a number of short stories in various magazines and collections. His frequent collaborator on these and other works is fellow author Kevin Dilmore.

Ward has been nominated six times for, and has won twice, the Scribe Award from the International Association of Media Tie-In Writers. The winning entries were Star Trek: The Next Generation: Armageddon's Arrow, in 2016,[2] and Star Trek: Discovery: Drastic Measures, in 2019.[3]

Ward was born and raised in Tampa, Florida. After graduating high school, Ward enlisted in the United States Marine Corps, where he worked in information systems. He was eventually stationed in Kansas City, Missouri.[1] He served for more than eleven years, before being honorably discharged. He remained in and lives with his family in Kansas City. Ward worked as a software developer and part time writer before becoming a full time writer. He also consults for CBS on Star Trek licensee projects, including publications from Simon & Schuster and IDW Publishing.[1]

Star Trek is an American science fiction media franchise created by Gene Roddenberry, which began with the eponymous 1960s television series and quickly became a worldwide pop-culture phenomenon. The franchise has expanded into various films, television series, video games, novels, and comic books. With an estimated $10.6 billion in revenue, it is one of the most recognizable and highest-grossing media franchises of all time.

Star Trek: Strange New Worlds is a science fiction anthology series of licensed, fan-written, short stories based on, and inspired by, Star Trek and its spin-off television series and films. The series was published by Simon & Schuster, from 1996 to 2016, edited by Dean Wesley Smith, with assistance from John J. Ordover and Paula M. Block. The collected stories were submitted by amateur writers.

Star Trek Magazine is an authorized periodical, published quarterly by Titan UK in the United Kingdom, Ireland, Australia, and New Zealand devoted to the Star Trek franchise; a separate North American version is also published, differing primarily in issue number, but otherwise synchronised in content. In terms of content, the magazine features news, interviews, and reviews covering all the live-action series, the animated series, the film series, and other official media, including books and computer games.

Star Trek: The Next Generation

Star Trek: The Next Generation

Star Trek: The Next Generation (TNG) is an American science fiction television series created by Gene Roddenberry. It originally aired from September 28, 1987, to May 23, 1994, in syndication, spanning 178 episodes over seven seasons. The third series in the Star Trek franchise, it was inspired by Star Trek: The Original Series. Set in the latter third of the 24th century, when Earth is part of the United Federation of Planets, it follows the adventures of a Starfleet starship, the USS Enterprise (NCC-1701-D), in its exploration of the Alpha quadrant in the Milky Way galaxy.

Star Trek: Discovery is an American television series created by Bryan Fuller and Alex Kurtzman for the streaming service CBS All Access. It is the seventh Star Trek series and debuted in 2017 as the first since Star Trek: Enterprise concluded in 2005. The series follows the crew of the starship Discovery beginning a decade before Star Trek: The Original Series in the 23rd century. At the end of the second season, Discovery travels to the 32nd century, which is the setting for subsequent seasons.

Tampa is a city on the Gulf Coast of the U.S. state of Florida. The city's borders include the north shore of Tampa Bay and the east shore of Old Tampa Bay. Tampa is the largest city in the Tampa Bay area and the seat of Hillsborough County. With a population of 384,959 according to the 2020 census, Tampa is the third-most populated city in Florida after Jacksonville and Miami and is the 52nd most populated city in the United States. 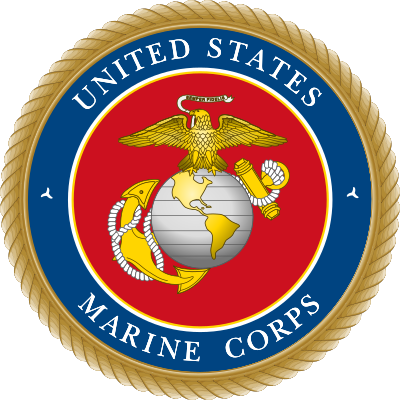 Kansas City is the largest city in Missouri by population and area. As of the 2020 census, the city had a population of 508,090 in 2020, making it the 36th most-populous city in the United States. It is the central city of the Kansas City metropolitan area, which straddles the Missouri–Kansas state line and has a population of 2,392,035. Most of the city lies within Jackson County, with portions spilling into Clay, Cass, and Platte counties. Kansas City was founded in the 1830s as a port on the Missouri River at its confluence with the Kansas River coming in from the west. On June 1, 1850, the town of Kansas was incorporated; shortly after came the establishment of the Kansas Territory. Confusion between the two ensued, and the name Kansas City was assigned to distinguish them soon after.

CBS Broadcasting Inc., commonly shortened to CBS, the abbreviation of its former legal name Columbia Broadcasting System, is an American commercial broadcast television and radio network serving as the flagship property of the CBS Entertainment Group division of Paramount Global.

Simon & Schuster is an American publishing company and a subsidiary of Paramount Global. It was founded in New York City on January 2, 1924 by Richard L. Simon and M. Lincoln Schuster. As of 2016, Simon & Schuster was the third largest publisher in the United States, publishing 2,000 titles annually under 35 different imprints.

IDW Publishing is an American publisher of comic books, graphic novels, art books, and comic strip collections. It was founded in 1999 as the publishing division of Idea and Design Works, LLC (IDW), itself formed in 1999, and is regularly recognized as the fifth-largest comic book publisher in the United States, behind Marvel, DC, Dark Horse, and Image Comics, ahead of other major comic book publishers such as Archie, Boom!, Dynamite, Valiant, and Oni Press. The company is perhaps best known for its licensed comic book adaptations of movies, television shows, video games, and cartoons. 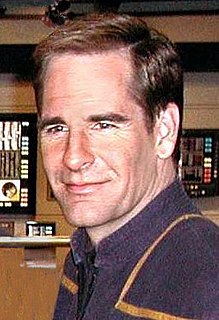 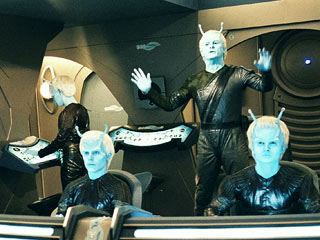 Conspiracy (Star Trek: The Next Generation) 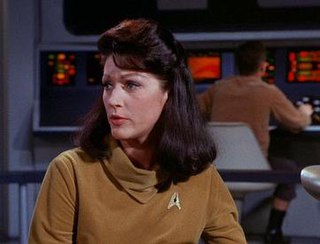