David Tutera (born April 23, 1966) is an American celebrity wedding planner, bridal fashion designer, author and professional speaker. He is the host of WE tv’s show, My Fair Wedding with David Tutera and David Tutera's CELEBrations.

Tutera is the author of seven books.

Tutera’s grandfather, a successful florist, first noticed his grandson’s artistic ability at an early age and encouraged David to pursue his passion. At the age of 19, with the advice of his grandfather and only one client, Tutera opened his events planning business.

Currently in its 9th season, My Fair Wedding with David Tutera airs on WE tv. When asked about featuring a gay wedding on his wedding planning show, Tutera replied that he has "no hand in the casting process."[4]

Tutera has partnered with Mon Cheri to launch the "David Tutera for Mon Cheri" wedding dress collection. He has teamed with Jo-Ann Fabric and Craft Stores to create Down the Aisle in Style, a line of wedding accessories. He is also a professional speaker hired to lecture on the topics of weddings, lifestyle, and design.

Tutera was named by Modern Bride magazine as one of the Top 25 Trendsetters of the Year.

Starlet Marie Jones, better known as Star Jones, is an American lawyer, journalist, television personality, fashion designer, author, and women's and diversity advocate. She is best known as one of the first co-hosts on the ABC morning talk show The View, which she appeared on for nine seasons from 1997-98 through 2005-06. She was also one of sixteen contestants of the fourth installment of The Celebrity Apprentice in 2011, coming in fifth place.

Antonio Durran Pierce is the linebackers coach for the Las Vegas Raiders of the National Football League. He played college football for the University of Arizona. He was signed by the Washington Redskins as an undrafted free agent, and also played for the New York Giants.

Matthew David McConaughey is an American actor. He had his breakout role with a supporting performance in the coming-of-age comedy Dazed and Confused (1993). After a number of supporting roles, his first success as a leading man came in the legal drama A Time to Kill (1996). His career progressed with lead roles in the science fiction film Contact (1997), the historical drama Amistad (1997), and the war film U-571 (2000). 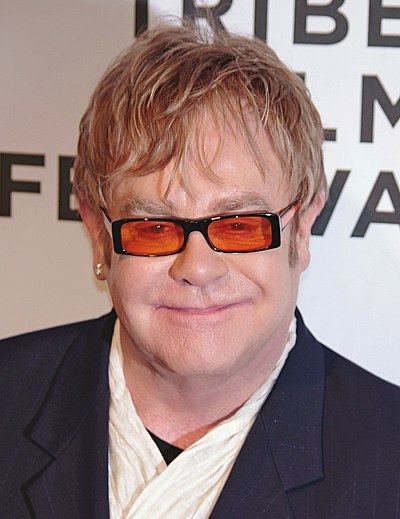 Sir Elton Hercules John is a British singer, pianist and composer. Commonly nicknamed the "Rocket Man" after his 1972 hit single of the same name, John has led a commercially successful career as a solo artist since the 1970s, having released 31 albums since 1969. Collaborating with lyricist Bernie Taupin since 1967, John is acclaimed by critics and musicians, particularly for his work during the 1970s, and his lasting impact on the music industry. John's music and showmanship have had a significant impact on popular music. His songwriting partnership with Taupin is one of the most successful in history. 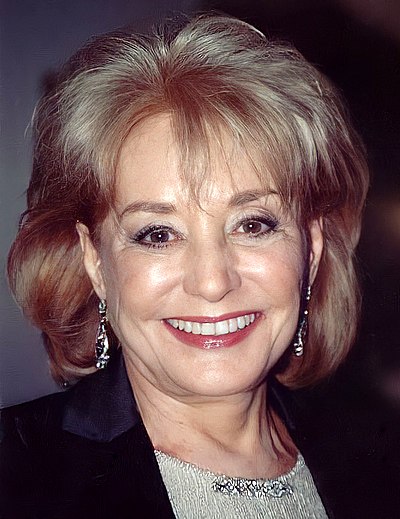 Barbara Jill Walters is an American retired broadcast journalist and television personality. Known for her interviewing ability and popularity with viewers, Walters appeared as a host of numerous television programs, including Today, The View, 20/20, and the ABC Evening News. Walters was a working journalist from 1951 until 2015. 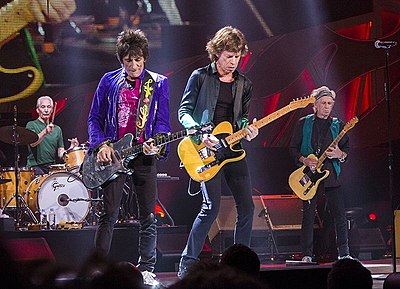 The Rolling Stones are an English rock band formed in London in 1962. Active for six decades, they are one of the most popular and enduring bands of the rock era. In the early 1960s, the Rolling Stones pioneered the gritty, rhythmically driven sound that came to define hard rock. Their first stable line-up consisted of vocalist Mick Jagger, multi-instrumentalist Brian Jones, guitarist Keith Richards, bassist Bill Wyman, and drummer Charlie Watts. During their formative years, Jones was the primary leader: he assembled the band, named it, and drove their sound and image. After Andrew Loog Oldham became the group's manager in 1963, he encouraged them to write their own songs. Jagger and Richards became the primary creative force behind the band, alienating Jones, who had developed a drug addiction that interfered with his ability to contribute meaningfully. 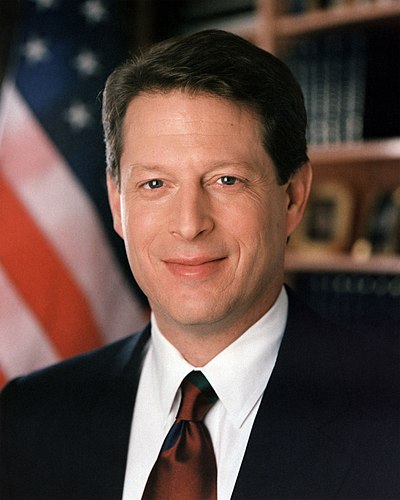 Albert Arnold Gore Jr. is an American politician, businessman, and environmentalist who served as the 45th vice president of the United States from 1993 to 2001 under President Bill Clinton. Gore was the Democratic nominee for the 2000 presidential election, losing to George W. Bush in a very close race after a Florida recount.

Susan Victoria Lucci is an American actress, television host, author and entrepreneur, best known for portraying Erica Kane on the ABC daytime drama All My Children during that show's entire network run from 1970 to 2011. The character is considered an icon, and Lucci was called "Daytime's Leading Lady" by TV Guide, with The New York Times and the Los Angeles Times citing her as the highest-paid actor in daytime television. As early as 1991, her salary had been reported as over $1 million a year. During her run on All My Children, she was nominated 21 times for the Daytime Emmy Award for Outstanding Lead Actress in a Drama Series. She won only once, in 1999, after the 19th nomination; beginning in the late 1980s her status as a perpetual nominee for the award attracted significant media attention.

The John F. Kennedy Center for the Performing Arts is the United States National Cultural Center, located on the Potomac River in Washington, D.C. It was named in 1964 as a memorial to assassinated President John F. Kennedy. Opened on September 8, 1971, the center hosts many different genres of performance art, such as theater, dance, orchestras, jazz, pop, psychedelic, and folk music.

The Prevent Cancer Foundation (PCF) is a United States-based charity, and one of the leading US health organizations devoted to the early detection and prevention of cancer.

The Nature Conservancy (TNC) is a global environmental organization headquartered in Arlington, Virginia. As of 2021 it works via affiliates or branches in 79 countries and territories, as well as across every state in the US. 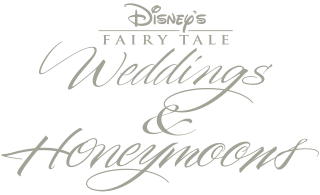