Daniel Mancini (born 11 November 1996) is an Argentine professional footballer who plays as a winger for Greek Super League club Panathinaikos.

The Super League Greece 1, or Super League 1, is the highest professional association football league in Greece. The league was formed on 16 July 2006 and replaced Alpha Ethniki at the top of the Greek football league system. It consists of 14 teams and runs from August to May, with teams playing 26 games.

Panathinaikos Football Club, known as Panathinaikos, or by its full name, and the name of its parent sports club, Panathinaikos A.O. or PAO, is a Greek professional football club based in Athens, Greece.

Mancini made his professional debut for Newell's Old Boys in a 3–0 win over Racing Club de Avellaneda on 12 July 2015.[1] He transferred to Bordeaux in January 2017.[2]

On 22 August 2019, Aris and Bordeaux came to an agreement for the transfer of the Argentine midfielder to the Greek club.[3] Four days later, he arrived to Thessaloniki, ahead of passing his medical tests and signing his new contract.[4] For his purchase, Aris offered an estimated amount of €500,000, making him one of the biggest investments in the history of the club.[5]

On 24 June 2020, he scored his first goal in a 2-2 home draw for the Greek Cup semi finals, which resulted in his team being eliminated.[6]

In the 2022–23 season's opener Mancini scored a brace helping to a 3-0 home win against Levadiakos.[17] Roughly ten days later, Mancini came close to completing a move to Omonia, but the negotiations between the Cypriot club and Aris fell through.[18]

In the late days of September, Aris received another offer for the services of the Argentine winger from an Abu Dhabi based club believed to be in the region of €2,500,000.[19]

Club Atlético Newell's Old Boys is an Argentine sports club based in Rosario, Santa Fe. The club was founded on 3 November 1903, and is named after Isaac Newell of the English county of Kent, one of the pioneers of Argentine football. 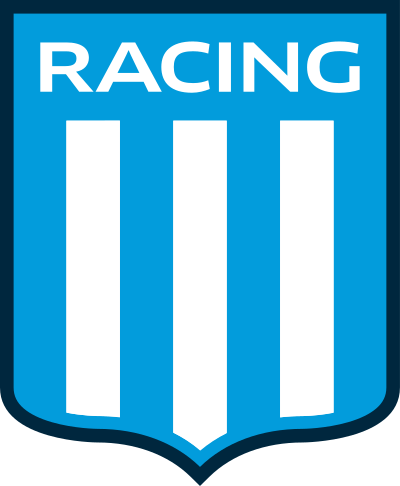 Racing Club de Avellaneda, officially known as Racing Club or shortened to just Racing, is an Argentine professional sports club based in Avellaneda, a city of the Buenos Aires Province. Founded in 1903, Racing has been historically considered one of the "big five" clubs of Argentine football, and is also known as "El Primer Grande", for becoming the first club in the world to win seven league titles in a row, first Argentine club to win a national cup, and the first world champion Argentine club. Racing currently plays in the Primera División, the top division of the Argentine league system, and plays its home games at Estadio Presidente Perón, nicknamed El Cilindro de Avellaneda.

Panathinaikos Football Club, known as Panathinaikos, or by its full name, and the name of its parent sports club, Panathinaikos A.O. or PAO, is a Greek professional football club based in Athens, Greece.

The 2020–21 Greek Football Cup was the 79th edition of the Greek Football Cup. It took place with the participation of the 14 clubs from the Super League 1, as there was no competitive action in the lower divisions until early January due to the COVID-19 pandemic. The HFF decided that the Cup would be held with the participation of teams only from the top-flight Super League, which was normally in progress. The winner of the Cup qualified for the next season's Europa Conference League third qualifying round.

AEK FC is a Greek professional football club based in Nea Filadelfeia, a suburb of Attica, Greece.

Atromitos Football Club, also simply known as Atromitos, is a Greek professional football club based in Peristeri, Athens, that plays in the Super League. It was founded in 1923 and its home ground is Peristeri Stadium.

P.A.O.K. FC, commonly known as PAOK Thessaloniki or simply PAOK, is a Greek professional football club based in Thessaloniki, Macedonia. PAOK are one of the top domestic clubs, the most widely supported in Northern Greece and with the 3rd largest fanbase in the country, according to the latest polls and researches. A research by Marca in August 2018, reported that PAOK are the most popular Greek football team on social media.

The 2022–23 Super League Greece, known as Stoiximan Super League for sponsorship reasons, is the 87th season of the Super League Greece, the top Greek professional league for association football clubs, since its establishment in 1959. Olympiacos are the defending champions. As the 2022 FIFA World Cup was started on 21 November, the last round before stoppage was held on 13 November. The league was resumed games on 21 December.

Mancini holds an Italian passport, as he is of Italian descent.[21]

The 2015 Argentine Primera División or Torneo de Primera División 2015 "Julio H. Grondona" was the 125th season of top-flight professional football in Argentina. The season began on February 13 and ended on December 6. Thirty teams competed in the league, twenty returning from the 2014 Torneo de Transición and ten promoted from the 2014 Primera B Nacional. No teams were relegated to the Primera B Nacional Championship in the previous tournament. 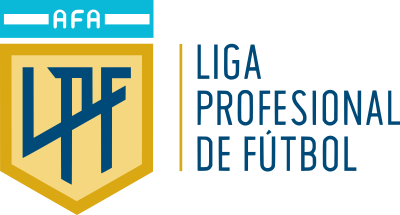 The Primera División, known officialy as Liga Profesional de Fútbol, or Torneo Binance for sponsorship reasons, is a professional football league in Argentina, organised by the Argentine Football Association (AFA).

The 2016 Argentine Primera División - Copa Axion Energy was the 126th season of top-flight professional football in Argentina. The season began on February 5 and ended on May 29. Thirty teams competed in the league, twenty eight returning from the 2015 and two promoted from the 2015 Primera B Nacional. Two teams were relegated to the Primera B Nacional Championship in the previous tournament.

The 2016–17 FC Girondins de Bordeaux season was the 136th professional season of the club since its creation in 1881. The club competed in Ligue 1, the top tier of French football, as well as the Coupe de France and Coupe de la Ligue.

Association de la Jeunesse Auxerroise, commonly known as AJ Auxerre or simply Auxerre, is a French football club based in the commune of Auxerre in Burgundy. The club was founded in 1905 and currently plays in Ligue 1, the first division of French football. Auxerre plays its home matches at the Stade l'Abbé-Deschamps on the banks of the Yonne River. The team is managed by Christophe Pélissier and captained by midfielder Birama Touré.

Aris FC, commonly known as Aris Thessaloniki FC, AFC or simply Aris, is a Greek professional football club based in the city of Thessaloniki, Macedonia, Greece. Created in 1914 as Aris Thessaloniki Football Club, the club was a founding member of the Macedonian Football Clubs Association, as well as the Hellenic Football Federation. The colours of the club are golden/yellow, a dominant colour in the culture of Macedonia and reminiscent of the Byzantine heritage of Thessaloniki, and black. It is named after Ares, the ancient Olympian "God of War," associated also with courage and masculinity, whose image is portrayed on the club's logo as depicted in the Ludovisi Ares sculpture.

The 2020–21 season was the club's 107th season in existence and the third consecutive season in the top flight of Greek football. In addition to the domestic league, Aris Thessaloniki participate in the Greek Football Cup and in the UEFA Europa League, from which they were eliminated in the second qualifying round by Ukrainian club Kolos Kovalivka.

The 2021–22 season was the 108th season in the existence of Aris Thessaloniki F.C. and the club's 4th consecutive season in the top flight of Greek football since their return there. In addition to the Super League 1, Aris were participating in this season's editions of the Greek Cup and the inaugural edition of UEFA Europa Conference League.

The 2022–23 season is the 109th season in the existence of Aris Thessaloniki and the club's 5th consecutive season in the top flight of Greek football since their return there. In addition to the Super League 1, Aris are participating in this season's editions of the Greek Cup and for 4th consecutive time in a European competition and the UEFA Europa Conference League.

The 2022–23 Panathinaikos season is the club's 64th consecutive season in Super League Greece. They also compete in the Greek Cup and the UEFA Europa Conference League. 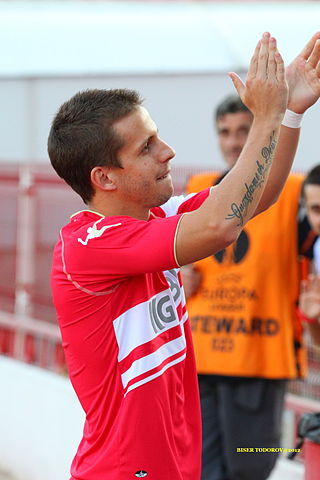 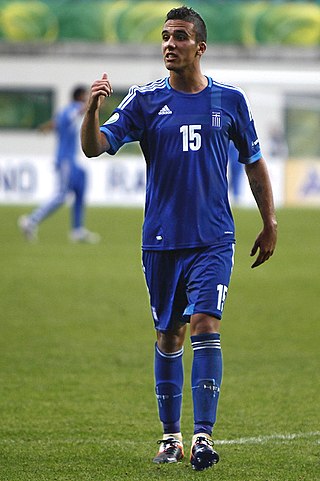