From Wikipedia, in a visual modern way
This article is about American sportswriter. For Canadian male curler and curling coach, see Daniel Rafael.

Dan Rafael (/ˈreɪfiəl/ RAY-fee-əl; born August 25, 1970) is an American sportswriter known for his coverage of boxing and baseball.[1]

Rafael was born in Albany, New York. He attended Binghamton University, where he wrote for the school paper. He started as sports writer, and worked his way to managing editor. He also served an internship at the local newspaper, the Press & Sun-Bulletin.

Rafael later took a part-time job at The Saratogian, a community newspaper published at Saratoga Springs, New York. When a full-time job opened at the newspaper, he took it, then moved to a reporting position at the Press & Sun-Bulletin, covering college sports and local auto-racing. He later was assigned to cover the Binghamton Mets,.

Gannett (which owned the Binghamton newspaper) fostered promising writers by detailing them to Virginia for four months and thoroughly grounding them in the newspaper business, working at USA Today. Rafael began his course in August 1998. He worked covering major-league baseball. When baseball season ended, the newspaper's principal boxing reporter (Jon Saraceno) was moving up, so Rafael was asked to cover boxing.

Rafael's temporary duty at USA Today ended in December 1998, and he returned to Binghamton.

In January 2000, he was asked to return to USA Today on a permanent basis, as a boxing writer.

In September 2004, ESPN began pursuing Rafael, desiring to strengthen its boxing coverage. He began with ESPN.com in March 2005. He writes in-depth coverage pieces, and his specialty is his weekly compilation of rankings.[2]

In January 2016, ESPN announced Rafael had been signed to a new multi-year agreement.[3]

The Saratogian is a broadsheet-style daily newspaper published in Saratoga Springs, New York, United States. The paper has been published daily since 1855, first as The Daily Saratogian, and then as The Saratogian beginning in 1910.

Saratoga Springs is a city in Saratoga County, New York, United States. The population was 28,491 at the 2020 census. The name reflects the presence of mineral springs in the area, which has made Saratoga a popular resort destination for over 200 years. It is home to the Saratoga Race Course, a thoroughbred horse racing track, and Saratoga Performing Arts Center, a music and dance venue. The city's official slogan is "Health, History, and Horses." 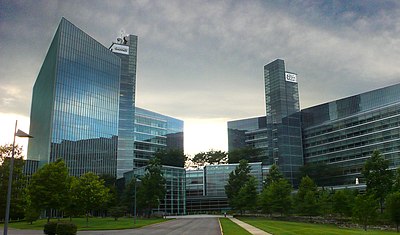 Gannett Co., Inc. is an American mass media holding company headquartered in Tysons, Virginia, in the Washington, D.C., metropolitan area. It is the largest U.S. newspaper publisher as measured by total daily circulation. 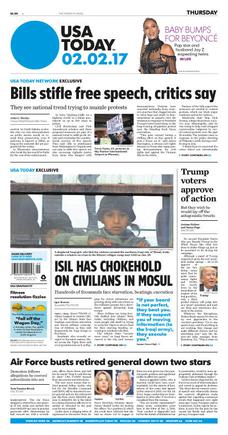 USA Today is an American daily middle-market newspaper and news broadcasting company. Founded by Al Neuharth on September 15, 1982, the newspaper operates from Gannett's corporate headquarters in Tysons, Virginia. Its newspaper is printed at 37 sites across the United States and at five additional sites internationally. The paper's dynamic design influenced the style of local, regional, and national newspapers worldwide through its use of concise reports, colorized images, informational graphics, and inclusion of popular culture stories, among other distinct features.

ESPN is an American international basic cable sports channel owned by ESPN Inc., owned jointly by The Walt Disney Company (80%) and Hearst Communications (20%). The company was founded in 1979 by Bill Rasmussen along with his son Scott Rasmussen and Ed Eagan.

ESPN.com is the official website of ESPN. It is owned by ESPN Internet Ventures, a division of ESPN Inc. 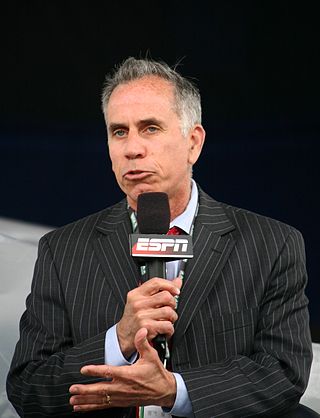 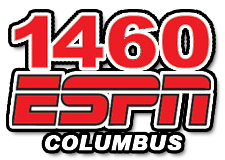 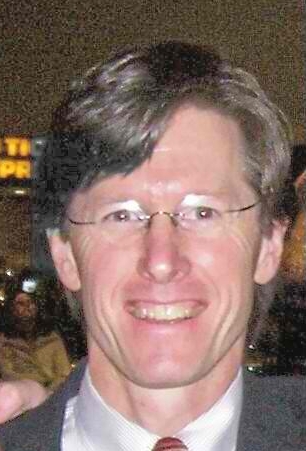