Cold Fusion is an original novel written by Lance Parkin and based on the long-running British science fiction television series Doctor Who.[1] It features the Fifth Doctor, with Adric, Nyssa, and Tegan, immediately after Castrovalva. Also appearing is the Seventh Doctor, with Chris and Roz, from between the Virgin New Adventures novels Return of the Living Dad and The Death of Art.[2] It was the only one of the Virgin Doctor Who novels to feature more than one Doctor.[3]

Lance Parkin is a British author. He is best known for writing fiction and reference books for television series, in particular Doctor Who and as a storyliner on Emmerdale.

Science fiction first appeared in television programming in the late 1930s, during what is called the Golden Age of Science Fiction. Special effects and other production techniques allow creators to present a living visual image of an imaginary world not limited by the constraints of reality.

Doctor Who is a British science fiction television show broadcast by the BBC since 1963. The show depicts the adventures of a Time Lord called the Doctor, an extraterrestrial being who appears to be human. The Doctor explores the universe in a time-travelling space ship called the TARDIS. The TARDIS exterior appears as a blue British police box, which was a common sight in Britain in 1963 when the series first aired. With various companions, the Doctor combats foes, works to save civilisations, and helps people in need. 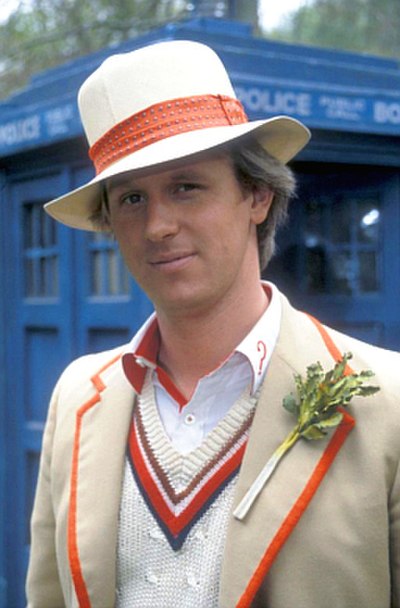 The Fifth Doctor is an incarnation of the Doctor, the protagonist of the BBC science fiction television series Doctor Who. He is portrayed by Peter Davison. 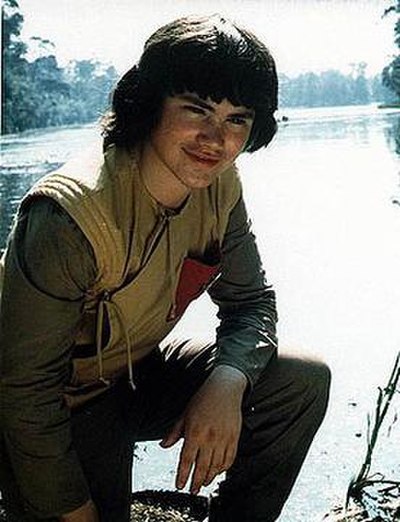 Adric is a fictional character played by Matthew Waterhouse in the long-running British science fiction television series Doctor Who. He was a young native of the planet Alzarius, which exists in the parallel universe of E-Space. A companion of the Fourth and Fifth Doctors, he was a regular in the programme from 1980 to 1982 and appeared in 11 stories. The name Adric is an anagram derived from Nobel Prize-winning physicist Paul Dirac. 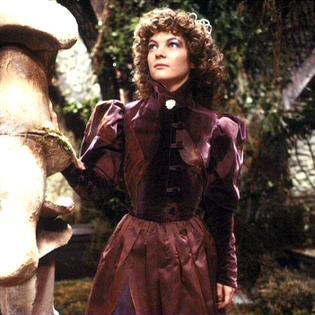 Nyssa is a fictional character in the long-running British science fiction television series Doctor Who. She is played by Sarah Sutton. Although Nyssa was created by writer Johnny Byrne for the single Fourth Doctor serial The Keeper of Traken, the production team subsequently decided she should be retained as a continuing character. Nyssa returned in the following serial, Logopolis, in which the Fourth Doctor regenerated, and remained as a companion of the Fifth Doctor. She was a regular in the programme from 1981 to 1983. 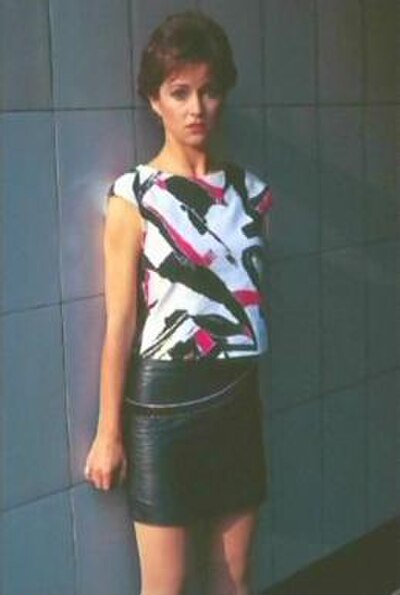 Tegan Jovanka is a fictional character played by Janet Fielding in the long-running British science fiction television series Doctor Who. An Australian airline stewardess and a native of Brisbane who was a companion of the Fourth and Fifth Doctors, she was a regular in the programme from 1981 to 1984. Tegan appeared in 20 stories.

Castrovalva is the first serial of the 19th season of the British science fiction television series Doctor Who, which was first broadcast in four twice-weekly parts on BBC1 from 4 to 12 January 1982. It was the first full serial to feature Peter Davison as the Fifth Doctor. The title is a reference to the lithograph Castrovalva by M. C. Escher, which depicts the town Castrovalva in the Abruzzo region, Italy. 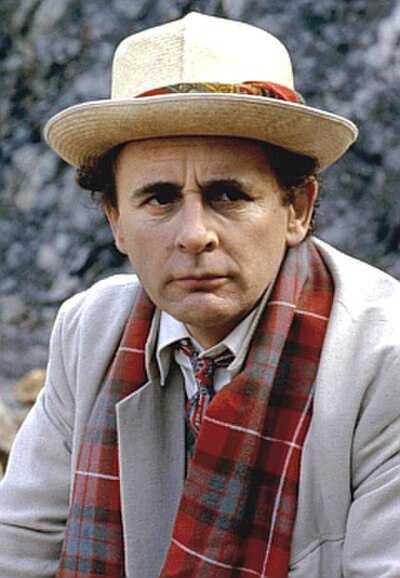 Christopher Rodonanté Cwej, usually just known as Chris Cwej, is a fictional character from the Virgin New Adventures range of spin-offs based on the BBC science fiction television series Doctor Who. His surname is properly pronounced "Shvay", but he pronounces it "Kwedge" rather than keep correcting people. 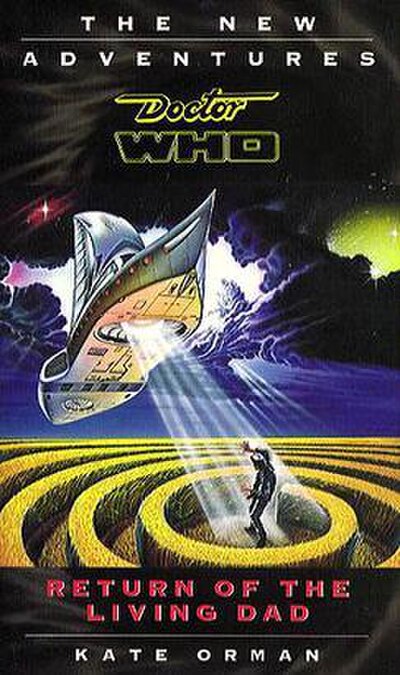 Return of the Living Dad

Return of the Living Dad

Return of the Living Dad is an original novel written by Kate Orman and based on the long-running British science fiction television series Doctor Who. It features the Seventh Doctor, Chris and Roz, Bernice and Jason.

The Death of Art is a novel by Simon Bucher-Jones published in 1996 and based on the long-running British science fiction television series Doctor Who. It features the Seventh Doctor, Chris, Roz and Ace. It is part of the Psi Powers series of novels. 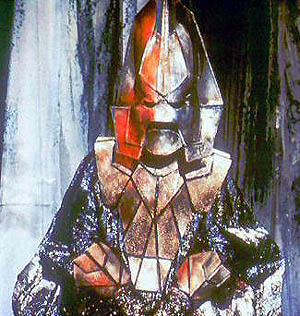 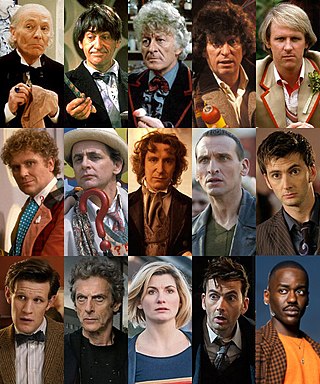 The Doctor (Doctor Who) 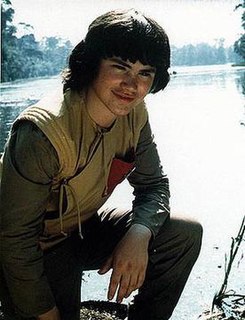 The Other (Doctor Who) 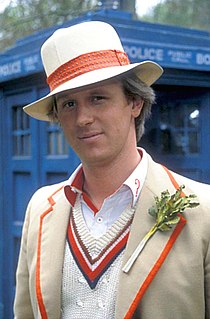 The story deliberately contrasts the characterisation of the Fifth Doctor and of the Seventh Doctor in the Virgin New Adventures.[4] In an interview for the BBC, in discussing Cold Fusion, Parkin described the character of Adric as "hopeless with Davison".[5] Parkin has said he was writing a book about the Yugoslav Wars, that is a conflict "where horrible things are happening, and clearly there's a case for international intervention, but … well, there's no clear good guys and bad guys. And that was the idea of the book: two Doctors show up and they look at a situation like Yugoslavia/Syria and they, completely independently, perfectly sensibly, pick a side to support. And they pick different sides, so spend the book fighting each other." He also said he "was never happy with Cold Fusion. It was the second novel I wrote, and I always had the sense it had got away from me, but I'd never been able to explain why. My first, Just War, was very taut, serious, fine-tuned. Cold Fusion was always a lot more ramshackle."[6]

Cold Fusion includes many references to the Cartmel Masterplan which would be more fully explored in Lungbarrow. More is learned about the character of Patience in the BBC Past Doctor Adventures novel The Infinity Doctors, also by Lance Parkin. It is suggested that she is the Doctor's (or possibly The Other's) wife,[7] but how she fits into normal continuity is deliberately not revealed.[1]

Notably, this novel features a sequence in which the Doctor recalls his life on Gallifrey and in which this earlier Doctor has recently regenerated in a form heavily inferred to be one of the "Morbius Doctors" seen in the mind bending sequence of the serial The Brain of Morbius, specifically the incarnation which was represented by an image of Douglas Camfield.[8] While it is inferred in this book to be an incarnation of the Doctor, the novel Lungbarrow suggests it may in fact be an incarnation of the Other.[9]

Names in the book are very similar to those of the main characters (and the actors) in the BBC comedy Terry and June, so the book includes a Medford, a Whitfield, a Scott, and a Terry and June.[4]

Empire magazine recommended the book if someone were to only read one Missing Adventure, describing it as "mind-bending sci-fi with the Fifth Doctor (and a cameo for the Seventh) and an inside-out TARDIS."[11]

Starburst gave the audio a mixed review, describing it as "an odd fish".[15]