Brookland–CUA is a Washington Metro station in Washington, D.C., on the Red Line. Service began on February 3, 1978.[2] The station serves the Brookland neighborhood and the Catholic University of America. It is the focal point of an upcoming transit-oriented development project. 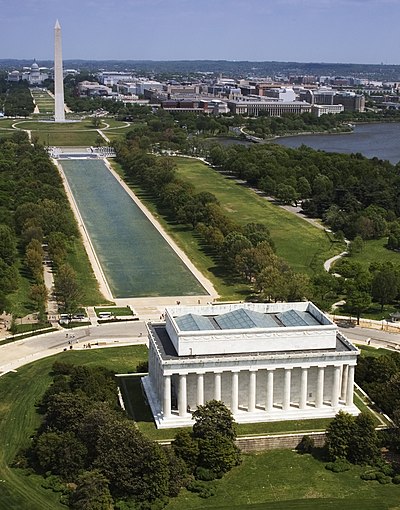 Washington, D.C., formally the District of Columbia, also known as Washington, the District, or D.C., is the capital city and federal district of the United States. It is located on the east bank of the Potomac River, which forms its southwestern border with Virginia, and it shares a land border with Maryland on its other sides. The city was named for George Washington, a Founding Father, commanding general of the Continental Army during the Revolutionary War, and the first president of the United States, and the district is named after Columbia, the female personification of the nation. Washington is the southern point of the Northeast megalopolis, a major cultural, political, and economic corridor along the northeastern coast of the United States running from Boston to Washington, D.C.. As the seat of the U.S. federal government and several international organizations, the city is an important world political capital. It is one of the most visited cities in the U.S., with over 20 million annual visitors as of 2016.

The Red Line is a rapid transit line of the Washington Metro system, consisting of 27 stations in Montgomery County, Maryland, and Washington, D.C., in the United States. It is a primary line through downtown Washington and the oldest and busiest line in the system. It forms a long, narrow "U", capped by its terminal stations at Shady Grove and Glenmont. 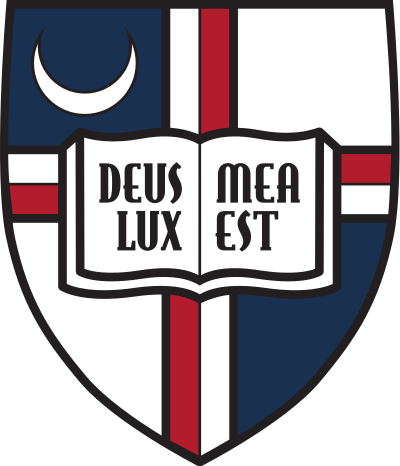 The Catholic University of America (CUA) is a private Roman Catholic research university in Washington, D.C. It is a pontifical university of the Catholic Church in the United States and the only institution of higher education founded by U.S. Catholic bishops. Established in 1887 as a graduate and research center following approval by Pope Leo XIII, the university began offering undergraduate education in 1904. It is classified among "R2: Doctoral Universities – High research activity".

The station opened on February 3, 1978. Originally simply known as "Brookland," in 1979 its name was changed to "Brookland–CUA" due to the proximity of The Catholic University of America to the station.[4]

In the summer of 2018 from July 21 to September 3, the station was shut down for platform repairs due to settling of the platform and decaying concrete caused by salty de-icer used in the winter.[5]

Brookland–CUA station is slated to be the center of a massive transport-oriented regeneration with the aim of increasing pedestrian-friendly development and an arts-focused neighborhood.[6] The project includes a relocation of the station portals slightly to the south in a plaza with the western end of 9th, Newton, and Otis Streets which will be extended to the station plaza for more convenient access to the rest of the surrounding area.[6]

In August 2014, Metro picked a joint venture involving MRP Realty and CAS Riegler LLC to begin the redevelopment of the 1.8 acres (7,300 m2) site. The plan called for construction of 280 apartments and condominiums; 9,000 square feet (840 m2) of ground-floor retail, 228 parking spaces, and the replacement of Metro's 38-space Kiss & Ride lot. Metro proposed a 98-year lease that included rent increases, and required the joint venture to seek approval of its plans from the District of Columbia Zoning Commission. At that time, Metro said ground would break on the redevelopment in 2016.[7]

But in January 2015, the joint venture said it would take at least four years before it could complete its plans and obtain zoning commission approval, and that it would not be able to sign a lease until 2019.[7]

The station has one slightly curved island platform. This curve requires mirrors to be placed on the westbound side of the platform to aid train operators in making sure the area is clear before closing the doors. Brookland–CUA also has a relatively uncommon layout; passengers entering the station first take escalators, stairs, or an elevator down to a lower level which includes the station's fare gates and ticket machines, before using escalators or elevators to go back up to reach the platform level.

Like Takoma, Fort Totten, and Silver Spring, Brookland–CUA is located in the middle of the CSX Metropolitan Subdivision rail line. There are two tracks to either side of the island platform, with Metro trains use the inner tracks and Amtrak and MARC Trains using the outer tracks.

An island platform is a station layout arrangement where a single platform is positioned between two tracks within a railway station, tram stop or transitway interchange. Island platforms are popular on twin-track routes due to pragmatic and cost reasons. They are also useful within larger stations where local and express services for the same direction of travel can be provided from opposite sides of the same platform thereby simplifying transfers between the two tracks. An alternative arrangement is to position side platforms on either side of the tracks. The historical use of island platforms depends greatly upon the location. In the United Kingdom the use of island platforms is relatively common when the railway line is in a cutting or raised on an embankment, as this makes it easier to provide access to the platform without walking across the tracks.

Fort Totten is a Washington Metro station in northeastern Washington, D.C. It acts as a transfer point between the Green, Yellow and Red Lines. It is the last station on the Green and Yellow lines in the District of Columbia before heading into Maryland. It is one of two stations with three levels, and is doubly unique in being the only multi-level transfer station built above ground and being the only such station to have island platforms on both levels, as opposed to just the lower level. The station's name comes from a Civil War-era fortification which itself was named after General Joseph Gilbert Totten, the Chief Engineer of the antebellum US Army.

The Metropolitan Subdivision is a railroad line owned and operated by CSX Transportation in the District of Columbia and the U.S. state of Maryland. The 79-mile line runs from Washington, D.C., northwest to Weverton, Maryland, along the former Metropolitan Branch of the Baltimore and Ohio Railroad. 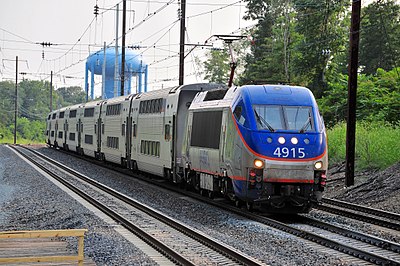 MARC is a commuter rail system in the Baltimore–Washington metropolitan area. MARC is administered by the Maryland Transit Administration (MTA) and operated under contract by Alstom and Amtrak on track owned by CSX Transportation (CSXT) and Amtrak. In 2021, the system had a ridership of 1,291,900, or about 8,900 per weekday as of the second quarter of 2022, much less than the pre-pandemic daily ridership of 40,000 per weekday.

The Capitol Limited is a daily Amtrak train between Washington, D.C., and Chicago, running 764 miles (1,230 km) via Pittsburgh and Cleveland. Service began in 1981 and was named after the Baltimore and Ohio Railroad's Capitol Limited which ended in 1971 upon the formation of Amtrak. It carries the Amtrak train numbers 29 and 30, which were previously assigned to the discontinued National Limited. 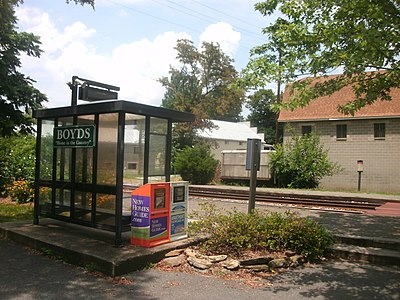 The Brunswick Line is a MARC commuter rail line between Washington, D.C., and Martinsburg, West Virginia, with a branch to Frederick, Maryland. It primarily serves the northern and western suburbs of Washington. The line, MARC's second longest at 74 miles, is operated under contract to MARC by Alstom and runs on CSX-owned track, including the Metropolitan, Old Main Line, and Cumberland Subdivisions. It is the successor to commuter services provided by the Baltimore & Ohio Railroad (B&O), which date to the mid-19th century.

The Red Line is a rapid transit line of the Washington Metro system, consisting of 27 stations in Montgomery County, Maryland, and Washington, D.C., in the United States. It is a primary line through downtown Washington and the oldest and busiest line in the system. It forms a long, narrow "U", capped by its terminal stations at Shady Grove and Glenmont.

Grosvenor–Strathmore is a rapid transit station on the Red Line of the Washington Metro in North Bethesda, Maryland. Grosvenor–Strathmore is the last above-ground station for Glenmont-bound Red Line trains until NoMa-Gallaudet U; south of the station, trains cross over the Capital Beltway before descending underground. It is one of a number of stations on the Rockville Pike corridor in Montgomery County.

Glenmont is a Washington Metro station in Montgomery County, Maryland on the Red Line. It is the northern terminus of the Red Line. 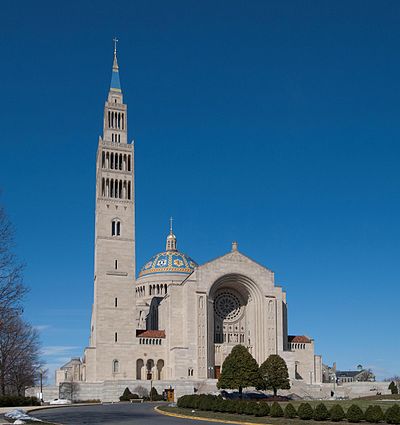 Basilica of the National Shrine of the Immaculate Conception

Basilica of the National Shrine of the Immaculate Conception

The Basilica of the National Shrine of the Immaculate Conception is a large minor Catholic basilica and national shrine in the United States in Washington, D.C., located at 400 Michigan Avenue Northeast, adjacent to Catholic University. 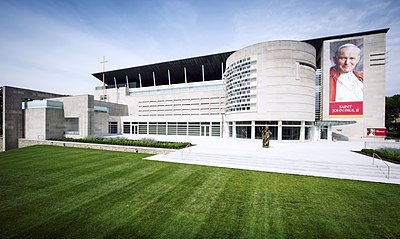 The Saint John Paul II National Shrine is a national shrine in Washington, D.C., sponsored by the Knights of Columbus. It is a place of prayer for Catholics and welcomes people of all faiths. The Shrine houses a permanent exhibit called A Gift of Love: the Life of Saint John Paul II and is home to the Redemptor Hominis Church and Luminous Mysteries Chapel, both of which are decorated with mosaic art designed by Rev. Marko Rupnik, S.J. Mass is celebrated daily in the Redemptor Hominis Church, and the Luminous Mysteries Chapel houses a first-class relic of John Paul II.

The Catholic University of America (CUA) is a private Roman Catholic research university in Washington, D.C. It is a pontifical university of the Catholic Church in the United States and the only institution of higher education founded by U.S. Catholic bishops. Established in 1887 as a graduate and research center following approval by Pope Leo XIII, the university began offering undergraduate education in 1904. It is classified among "R2: Doctoral Universities – High research activity".

Archbishop Carroll High School is a Roman Catholic Christian high school with an emphasis on social justice and civic engagement located in the Brookland Neighborhood of Northeast Washington, D.C., serving students from around the Washington Metropolitan Area. It is owned and operated by the Archdiocese of Washington, is part of the Washington Catholic Athletic Conference, and is affiliated with the Catholic University of America through its dual-enrollment program.

Trinity Washington University is a private Catholic university in Washington, D.C. Trinity is a comprehensive university with five schools; the undergraduate College of Arts & Sciences maintains its original mission as a liberal arts women's college, while men attend Trinity's other schools at both the graduate and undergraduate level. The university was founded as Trinity College by the Sisters of Notre Dame de Namur in 1897 as the nation's first Catholic liberal arts college for women. Trinity was chartered by an Act of Congress on August 20, 1897. An elite institution in its early life, the college faced declining enrollment by the 1980s. It chose to begin recruiting local underprivileged students, and became predominantly black and Hispanic. Trinity became Trinity Washington University in 2004. 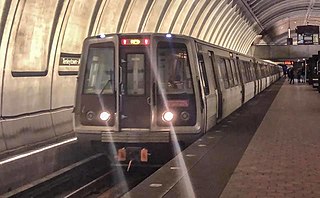 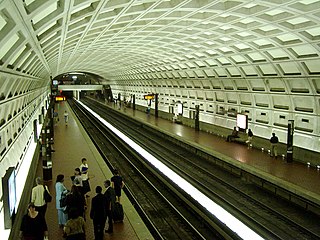 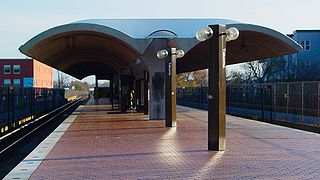 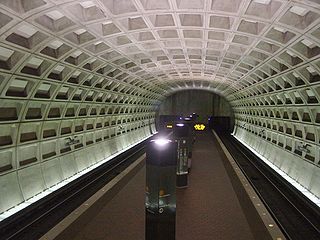 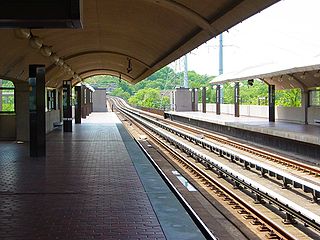