The station's logo is a well of water. Atlalilco in Nahuatl means: "where water is kept".[4] It opened for service along Line 8 on 20 July 1994.[7] The distance of the interstation tunnel is about 800 m (2,625 ft) long because the original plan for a transfer station to be named Axomulco was canceled.[8] The interstation tunnel runs underground through Calzada Ermita Iztapalapa and Avenida Tlahuac, with an additional access to the station at the intersection of both avenues. It is the only station that has mechanical bands to assist in the interstation walk.

A metro station or subway station is a station for a rapid transit system, which as a whole is usually called a "metro" or "subway". A station provides a means for passengers to purchase tickets, board trains, and evacuate the system in the case of an emergency. In the United Kingdom, they are known as underground stations, most commonly used in reference to the London Underground.

Mexico City Metro Line 8 is one of the twelve metro lines operating in Mexico City, Mexico. Its distinctive color is green.

Line 12, also known as the Golden Line from its color on the system map, is a partially closed rapid transit line of the Mexico City Metro network. It travels 25.1 kilometers (15.6 mi) along the boroughs of Benito Juárez, Iztapalapa and Tláhuac in southwestern, central-southern and southeastern Mexico City, serving twenty stations. The line was inaugurated on 30 October 2012, going from Tláhuac to Mixcoac station. In 2016, work to expand it to Observatorio station started.

The Mexico City Metro is a rapid transit system that serves the metropolitan area of Mexico City, including some municipalities in Mexico State. Operated by the Sistema de Transporte Colectivo (STC), it is the second largest metro system in North America after the New York City Subway. In 2019, the system served 1.655 billion passengers, the tenth highest ridership in the world. 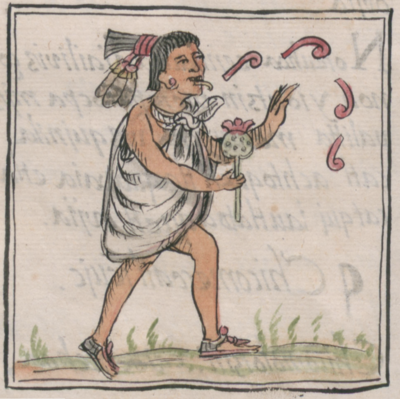 Nahuatl, Aztec, or Mexicano is a language or, by some definitions, a group of languages of the Uto-Aztecan language family. Varieties of Nahuatl are spoken by about 1.7 million Nahua peoples, most of whom live mainly in Central Mexico and have smaller populations in the United States. 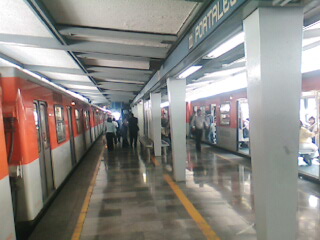 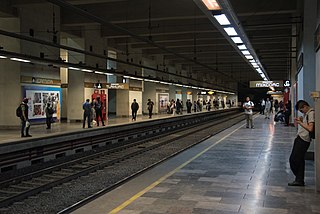 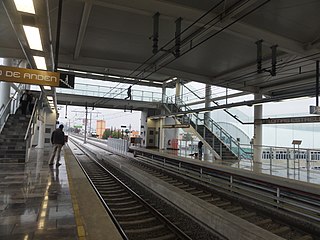