Allen Bestwick (born September 24, 1961) is an American sportscaster. He is the lead play-by-play voice for University of Connecticut women’s basketball telecasts for SNY, the lead track announcer at the Indianapolis Motor Speedway, and the lead broadcaster for the Superstar Racing Experience racing series.

SportsNet New York (SNY) is an American regional sports network owned by Sterling Entertainment Enterprises, LLC, itself a joint venture between the Fred Wilpon Sterling Equities, Charter Communications through its acquisition of Time Warner Cable in May 2016 and Comcast, through its NBC Sports Group subsidiary. The channel primarily broadcasts games and related programming involving the New York Mets, but also carries supplementary coverage of the Mets and the New York Jets as well as college sports events.

Superstar Racing Experience (SRX), officially known as the Camping World SRX Series, is an American stock car racing series founded by Tony Stewart, Ray Evernham, Sandy Montag and George Pyne. The formation of the series was announced on July 13, 2020, and debuted on June 12, 2021, televised on CBS.

Bestwick was born in Newport, Rhode Island. His broadcasting career began at the age of 15, when he did on-air work for his high school radio station in Coventry, Rhode Island.[1] Bestwick began announcing auto racing at age 16, when he called the action at Seekonk Speedway, where his father raced.

He then was hired by Charlie Roberts, founder of MotorNet in New Jersey, to be the radio network's Director of Affiliates and Associate Producer.

In 1985, Bestwick joined Motor Racing Network (MRN) as a race reporter and eventually became co-lead announcer with Joe Moore and Barney Hall. While still employed at MRN, Bestwick took over for Ken Squier as TBS' lead NASCAR commentator for its abbreviated schedule.

Bestwick joined NBC in 1999 as its lap-by-lap commentator for its lone race, the Pennzoil 400 at Homestead-Miami Speedway. When NBC acquired rights to the second half of the NASCAR season, Bestwick was joined by Benny Parsons and Wally Dallenbach Jr. as the network's full-time broadcast team. Bestwick also continued to work for Turner Sports, as TNT served as NBC's broadcast partner on cable.

In 2005, Bestwick and Bill Weber switched positions on the broadcast. Bestwick took Weber's position as lead pit reporter while Weber, who had substituted for Bestwick for two races in 2004 as he recuperated from a broken leg, moved to the booth. [2] Bestwick substituted for Weber from 2005-2006 at Standalone Busch Series races.

Also in 2005, Bestwick made a cameo appearance as himself, being the lead announcer, in the movie Herbie: Fully Loaded. During his tenure at NBC, Bestwick also called Arena football games, as well as other minor duties.

After NBC lost rights to NASCAR following the 2006 season, Bestwick decided to leave the network after seven years. Despite TNT retaining its NASCAR rights in the new contract that was signed, Bestwick opted not to stay with them and instead signed on with ESPN.

For 2007, Bestwick joined the NASCAR on ESPN package as lead pit reporter, as well as occasionally being race coverage host and play-by-play announcer on Nationwide Series races, and occasional NASCAR Now hosting duties. In 2008, he was moved up to full-time race coverage host and hosts a weekly Monday roundtable edition of NASCAR Now. As lead pit reporter, from 2008–2010, he also hosted NASCAR Countdown.

On July 20, 2011, it was announced that Bestwick would replace Marty Reid for the 17 Sprint Cup races hosted by ESPN alongside Dale Jarrett and Andy Petree. Nicole Briscoe would replace him as host of NASCAR Countdown alongside Rusty Wallace and Brad Daugherty.[3] Bestwick replaced Marty Reid as play-by-play announcer for the Sprint Cup Series races starting at the Brickyard 400, returning him to the position for the first time since 2004. Bestwick also called the Nationwide Series for the remainder of the 2013 season after Reid was fired from ESPN.[4]

With the end of ESPN's NASCAR coverage after the 2014 season, Bestwick became the lead announcer for ESPN's broadcasts of IndyCar races for ABC beginning in 2014, also replacing Reid. Bestwick also began to perform play-by-play duties for non-racing events, including college football.[5][6]

On Halloween night in 2015, Bestwick called the Miami-Duke college football game, when Miami was down 27–24 with 6 seconds in the game and won the game on a controversial kickoff return touchdown after lateraling the ball eight times.[7][8]

Taken short... lateral... they practiced that on Wednesday. Time's going to expire on the game, so this either goes or this doesn't. Ball's still alive! It's got to be a backwards lateral! Get behind it... still alive. They've got blockers, they've got blockers! They've got a lane! 40 yard line! No black shirts between the goal line! CAN YOU BELIEVE WHAT YOU JUST SAW?!?!

On April 28, 2017, Bestwick confirmed that he was being released by ESPN after the 2017 IndyCar double-header Detroit Grand Prix and would call his last Indy 500. However, in February of 2018, ESPN announced that they would be bringing Bestwick back to call the Indy 500 in 2018.[9]

On April 14, 2021, it was announced that Bestwick will be the play–by–play commentator for the Superstar Racing Experience (SRX) racing series for CBS starting in 2021.[10] Bestwick also did PA work for IMS during the Month of May the same year in addition to the NASCAR-IndyCar doubleheader weekend in August.[11]

In the summer and autumn of 2022, Bestwick was a sideline reporter for the Professional Bull Riders Team Series, which began its inaugural season that year.[12]

High school radio are radio stations located at high schools and usually operated by its students with faculty supervision. The oldest extant high school AM radio station is AM 1450 KBPS in Portland, Oregon. Portland radio station KBPS, first licensed in 1923, is the second oldest radio station overall in the city of Portland. The student body of Benson Polytechnic High School purchased the transmitter and other equipment from Stubbs Electric in Portland for $1,800. Money for the purchase of the station came from student body funds. On March 23, 1923, the student body of Benson was licensed by the federal government to operate a radio station using 200 watts of power at 834 kilocycles. The first call letters of the station were KFIF. The station made its formal debut on the air and was officially dedicated in early May of 1923, between the hours of 9:30 p.m. to 10:30 p.m., on the opening night of the 5th annual Benson Tech Show. In spring of 1930, the call letters changed from KFIF to KBPS, for Benson Polytechnic High School. In 1941 KBPS stopped sharing its frequency with other stations and moved to 1450 AM on the dial where it remains today. In 1971 the FCC gave the station permission to increase daytime transmitting power to 1000 watts. Nighttime power was 250 watts. KBPS is now licensed for 1000 watts 24-hours a day. The KBPS studios, transmitter and 200 foot self-supporting steel tower are located at the rear of the Benson campus. AM 1450 still broadcasts 24/7/365 and the KBPS Radio Broadcasting program at Benson High School still teaches today's students about radio broadcasting and audio content creation. 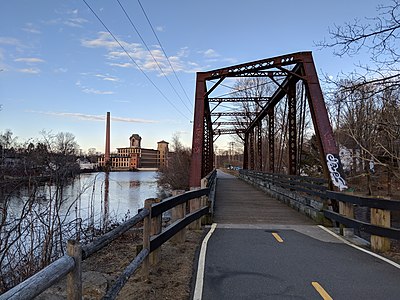 Coventry is a town in Kent County, Rhode Island, United States. The population was 35,688 at the 2020 census and is part of the Pawtuxet River Valley.

Motor Racing Network (MRN) is a U.S. radio network that syndicates broadcasts of auto racing events, particularly NASCAR. MRN was founded in 1970 by NASCAR founder Bill France, Sr. and broadcaster Ken Squier, and is a wholly owned subsidiary of NASCAR. Its first broadcast was the 1970 Daytona 500. 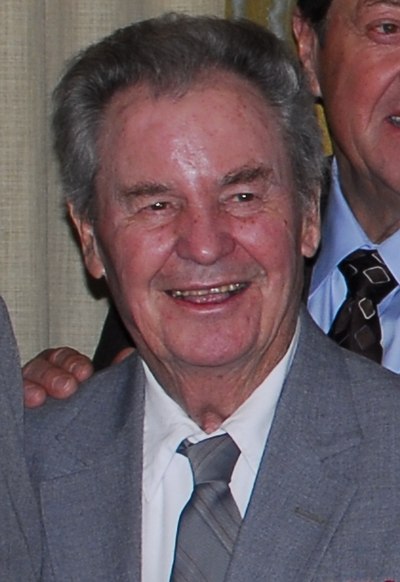 Barnet Hall was an American sports commentator for Motor Racing Network, formerly calling NASCAR races. Hall broadcast races for over 50 years. Hall is considered one of the best NASCAR commentators of all-time. MRN director David Hyatt stated, "Motor Racing Network is 'The Voice of NASCAR' and Barney Hall is the voice of MRN." 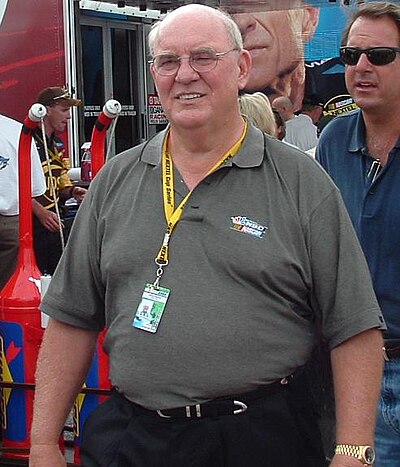 Benjamin Stewart Parsons was an American NASCAR driver, and later an announcer/analyst/pit reporter on SETN, TBS, ABC, ESPN, NBC, and TNT. He became famous as the 1973 NASCAR Winston Cup Series champion, and was a 2017 NASCAR Hall of Fame inductee. He was the older brother of former NASCAR driver, car owner, and broadcaster Phil Parsons of Phil Parsons Racing.

William Weber is a former television sports commentator best known for his work on TNT and NBC NASCAR broadcasts. Weber was also the lead announcer for Champ Car World Series events and other auto racing series on NBC. He is working as an illusionist in St. Petersburg, Florida.

A cameo role, also called a cameo appearance and often shortened to just cameo, is a brief appearance of a well-known person in a work of the performing arts. These roles are generally small, many of them non-speaking ones, and are commonly either appearances in a work in which they hold some special significance or renowned people making uncredited appearances. Short appearances by celebrities, film directors, politicians, athletes or musicians are common. A crew member of the movie or show playing a minor role can be referred to as a cameo role as well, such as Alfred Hitchcock's frequent cameos. 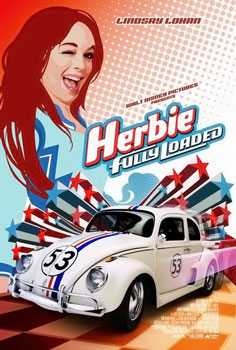 Herbie: Fully Loaded is a 2005 American sports comedy film directed by Angela Robinson, written by Thomas Lennon, Robert Ben Garant, Alfred Gough and Miles Millar, and starring Lindsay Lohan, Justin Long, Matt Dillon and Michael Keaton. The film features cameos by many NASCAR drivers, including Jeff Gordon, Jimmie Johnson, Tony Stewart, Dale Jarrett. It is the sixth and most recent installment of The Love Bug film series, following the 1997 television film The Love Bug, and the only theatrical Herbie film since Herbie Goes Bananas (1980). This film serves as a direct sequel to the original films. Herbie: Fully Loaded was released on June 22, 2005 and was a success at the box office grossing over $144 million worldwide despite receiving mixed reviews from critics. 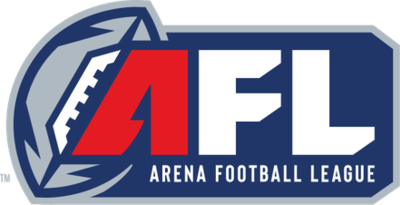 ESPN is an American international basic cable sports channel owned by ESPN Inc., owned jointly by The Walt Disney Company (80%) and Hearst Communications (20%). The company was founded in 1979 by Bill Rasmussen along with his son Scott Rasmussen and Ed Eagan.

NASCAR on ESPN is the now-defunct former package and branding of coverage of NASCAR races on ESPN, ESPN2, and ABC. ABC, and later the ESPN family of networks, carried NASCAR events from the sanctioning body's top three divisions at various points from the early 1960s until 2002, after the Truck Series rights were lost. However, ESPN resumed coverage of NASCAR with the Nationwide Series race at Daytona in February 2007 and the then-Nextel Cup Series at Indianapolis in July 2007. ESPN's final race was the Ford EcoBoost 400 at the Homestead–Miami Speedway on November 16, 2014, with Kevin Harvick winning that year's NASCAR Sprint Cup Series championship. 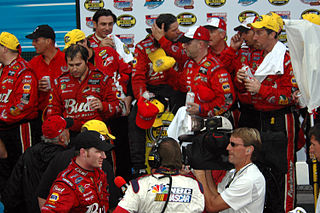