The 2023 Texas A&M–Corpus Christi Islanders baseball team will represent Texas A&M University–Corpus Christi during the 2023 NCAA Division I baseball season. The Islanders play their home games at Chapman Field. They are led by sixteenth–year head coach Scott Malone and are members of the Southland Conference. 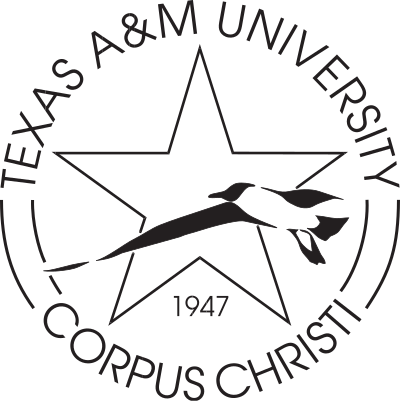 The 2023 NCAA Division I baseball season, play of college baseball in the United States organized by the National Collegiate Athletic Association (NCAA) at the Division I level, begins on February 17, 2023. The season will progress through the regular season, many conference tournaments and championship series, and conclude with the 2023 NCAA Division I baseball tournament and 2023 Men's College World Series. The Men's College World Series, consisting of the eight remaining teams in the NCAA tournament and held annually in Omaha, Nebraska, at TD Ameritrade Park Omaha, will end in June 2023.

*Rankings are based on the team's current ranking in the D1Baseball poll.

ESPN+ is an American over-the-top subscription video streaming service available in the United States, owned by Disney Media and Entertainment Distribution, in partnership with ESPN Inc., which is a joint venture between The Walt Disney Company and the Hearst Communications. It is one of Disney's three flagship subscription streaming brands in the United States, alongside Disney+ and Hulu, and operates using technology of Disney subsidiary BAMTech, now known as Disney Streaming Services.

The 2023 Texas Longhorns baseball team represents the University of Texas at Austin during the 2023 NCAA Division I baseball season. The Longhorns play their home games at UFCU Disch–Falk Field as a member of the Big 12 Conference. They are led by head coach David Pierce, in his 7th season at Texas. 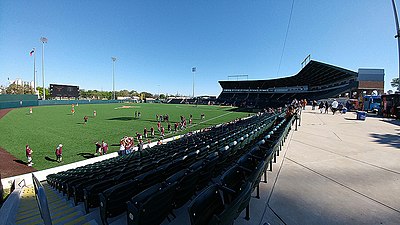 UFCU Disch–Falk Field is the baseball stadium of the University of Texas at Austin. It has been home to Texas Longhorns baseball since it opened on February 17, 1975, replacing Clark Field as the home of the Longhorns.

The 2023 Incarnate Word Cardinals baseball team will represent the University of the Incarnate Word during the 2023 NCAA Division I baseball season. The Cardinals play their home games at Sullivan Field and are led by fourth–year head coach Ryan Shotzberger. They are members of the Southland Conference.

FloSports is an over-the-top subscription sports broadcaster and streaming service. The company is based in Austin, Texas, United States, and was founded in 2006. FloSports streams live sporting events to audiences around the world.

The Houston Cougars baseball team is the college baseball team of the University of Houston. Along with the university's other athletic teams, the baseball team is a member of the American Athletic Conference as a Division I team. They play their home games at Schroeder Park. In addition to numerous NCAA Tournament appearances, the Cougars have made two College World Series appearances. Houston has been led by head coach Todd Whitting since 2011.

The Texas Southern Tigers baseball team is the varsity intercollegiate baseball program of Texas Southern University in Houston, Texas, United States. The program's first season was 1965, and it has been a member of the NCAA Division I Southwestern Athletic Conference since the start of the 1999 season. Its home venue is MacGregor Park, owned by the city of Houston. Michael Robertson is the team's head coach starting in the 2009 season. The program has appeared in 5 NCAA Tournaments. It has won five conference tournament championships and no regular season conference titles. As of the start of the 2018 Major League Baseball season, no former Tigers have appeared in Major League Baseball.

The UTSA Roadrunners baseball team is the varsity intercollegiate baseball team representing University of Texas at San Antonio in NCAA Division I college baseball. The program is a member the West Division of the Conference USA (CUSA). The program's home venue is Roadrunner Field. The team has appeared in the NCAA Tournament three times, most recently in 2013.

Roadrunner Field is a college baseball stadium in San Antonio, Texas, United States on the main campus of the University of Texas at San Antonio. It is home to the UTSA Roadrunners baseball team, and seats 800. The stadium was opened in 1993. The stadium features a press box with seating for eight, and three indoor batting cages. In 2006, the stadium was renovated, and outfitted with lights that allowed games to be played at night.

UTRGV Baseball Stadium, originally Edinburg Stadium, is a stadium in Edinburg, Texas. It is primarily used for baseball and is the home of the UTRGV Vaqueros of college baseball. It was also the home to the Edinburg Roadrunners of the Texas–Louisiana League/Central Baseball League/United League Baseball. The Roadrunners disbanded before the 2014 season. The stadium, which opened in 2001, holds 4,000 people, expandable to 14,000-16,000 for concerts and other special events. It includes a 17.8' x 13.6' diamondvision scoreboard and luxury boxes.