The newspaper supported the Turkish War of Independence. Articles written by modern Turkey's founder Atatürk were published anonymously by the newspaper. İleri became the voice of the Turkish national movement in İstanbul. However, in 1920, the newspaper's founder, Celal Nuri, was arrested by the English in İstanbul and sent into exile. The newspaper was published a total of 2436 issues until 2 December 1924.[1] Publication was resumed by Suphi Nuri in 1944.

Turkish, also referred to as Turkish of Turkey, is the most widely spoken of the Turkic languages, with around 80 to 90 million speakers. It is the national language of Turkey and Northern Cyprus. Significant smaller groups of Turkish speakers also exist in Iraq, Syria, Germany, Austria, Bulgaria, North Macedonia, Greece, the Caucasus, and other parts of Europe and Central Asia. Cyprus has requested the European Union to add Turkish as an official language, even though Turkey is not a member state. Turkish is the 13th most spoken language in the world.

Celâl Nuri İleri (1881–1938) was a Turkish writer and politician, who was an important figure in the transition from a constitutional monarchy to a republic.

Suphi Nuri İleri was a Turkish politician and writer. 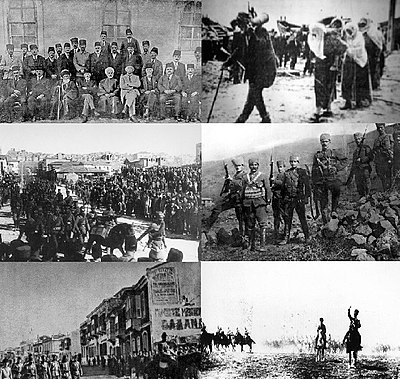 The Turkish War of Independence was a series of military campaigns waged by the Turkish National Movement after parts of the Ottoman Empire were occupied and partitioned following its defeat in World War I. These campaigns were directed against Greece in the west, Armenia in the east, France in the south, loyalists and separatists in various cities, and British and Ottoman troops around Constantinople (İstanbul). 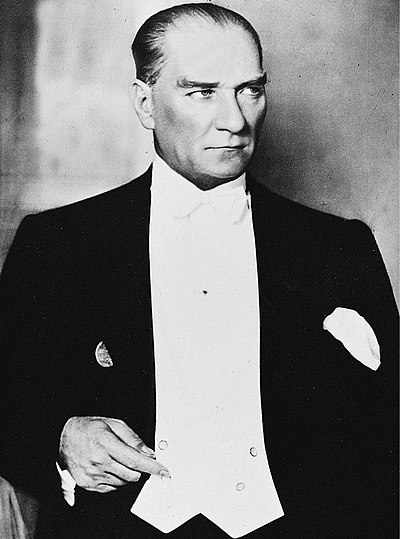 Mustafa Kemal Atatürk, or Mustafa Kemal Pasha until 1921, and Ghazi Mustafa Kemal from 1921 until 1934 was a Turkish field marshal, revolutionary statesman, author, and the founding father of the Republic of Turkey, serving as its first president from 1923 until his death in 1938. He undertook sweeping progressive reforms, which modernized Turkey into a secular, industrializing nation. Ideologically a secularist and nationalist, his policies and socio-political theories became known as Kemalism. Due to his military and political accomplishments, Atatürk is regarded as one of the most important political leaders of the 20th century. 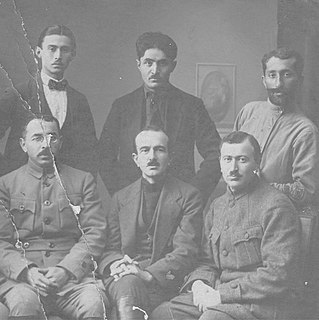