Özcan Deniz (born 19 May 1972) is a Turkish actor, singer, composer, writer and director, who is of Kurdish descent.[4]

His family is of Kurdish origin.[5] Deniz's family is originally from Ağrı but he was born in Ankara and grew up in Aydın. He is the nephew of a famous traditional Kurdish singer named Şakiro. He started acting during his highschool years itself in theater plays, which he wrote himself and attended local amateur theater clubs. He performed his first orchestra work in 1985 in Aydın. In 1988 he moved to Istanbul and in 1998 to Germany to pursue a music career. He was discovered by a group of producers in Munich, Germany. Deniz‘ debut album Ağlattın Beni was released in 1992. With the album Meleğim released in 1993, he became well known. In 1994, he released his album Beyaz Kelebeğim. In 1994, he acted in the film 'Ona Sevdiğimi Söyle' directed by Memduh Ün. After his military service he released another album called Yalan mı in 1997 and started acting in the TV series Yalan mı in the same year. In 1999, he starred in another TV series called Aşkın Dağlarda Gezer which he wrote himself too. In 2002, he had the leading role in the very popular TV series Asmalı Konak. Deniz both directed and wrote the screenplay for the film Ya Sonra? in 2011.[6] 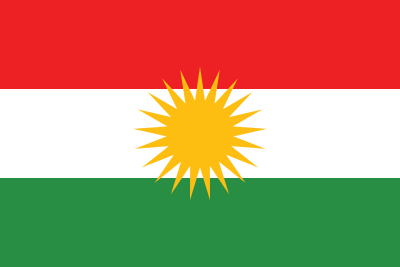 Kurds or Kurdish people are an Iranian ethnic group native to the mountainous region of Kurdistan in Western Asia, which spans southeastern Turkey, northwestern Iran, northern Iraq, and northern Syria. There are exclaves of Kurds in Central Anatolia, Khorasan, and the Caucasus, as well as significant Kurdish diaspora communities in the cities of western Turkey and Western Europe. The Kurdish population is estimated to be between 30 and 45 million.

Ağrı is a city in eastern Turkey, near the border with Iran. It is the seat of Ağrı Province and Ağrı District. Its population is 120,390 (2021). Formerly known as Karaköse from the early Turkish republican period until 1946, and before that as Karakilise, the city is now named after Ağrı, the Turkish name of Mount Ararat. 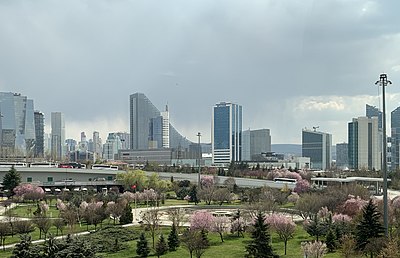 Ankara, historically known as Ancyra and Angora, is the capital of Turkey. Located in the central part of Anatolia, the city has a population of 5.1 million in its urban center and over 5.7 million in Ankara Province, making it Turkey's second-largest city after Istanbul.

Aydın is a city in and the seat of Aydın Province in Turkey's Aegean Region. The city is located at the heart of the lower valley of Büyük Menderes River at a commanding position for the region extending from the uplands of the valley down to the seacoast. Its population was 207,554 in 2014. Aydın city is located along a region which was famous for its fertility and productivity since ancient times. Figs remain the province's best-known crop, although other agricultural products are also grown intensively and the city has some light industry.

Şakir Deniz also known as Şakiro, was a Kurdish Dengbêj singer. His songs were often recorded on cassettes and distributed illegally, when the Kurdish language faced limitations in cultural expression in Turkey. He is one of the most prominent figures for Dengbêj in recent times. His and the recordings of other Dengbêjs such as Karapete Xaco are considered a resource for the ones who also want to become Denbêj singers. He once met such an apprentice and foresaw that he will be seen as a Dengbej who sings in the Şakiro style.

Istanbul, formerly known as Constantinople, is the largest city in Turkey, serving as the country's economic, cultural and historic hub. The city straddles the Bosporus strait, lying in both Europe and Asia, and has a population of over 15 million residents, comprising 19% of the population of Turkey. Istanbul is the most populous European city, and the world's 15th-largest city. 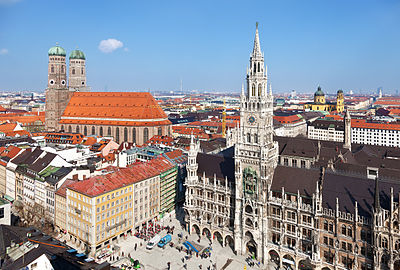 Munich is the capital and most populous city of the German state of Bavaria. With a population of 1,558,395 inhabitants as of 31 July 2020, it is the third-largest city in Germany, after Berlin and Hamburg, and thus the largest which does not constitute its own state, as well as the 11th-largest city in the European Union. The city's metropolitan region is home to 6 million people. Straddling the banks of the River Isar north of the Bavarian Alps, Munich is the seat of the Bavarian administrative region of Upper Bavaria, while being the most densely populated municipality in Germany. Munich is the second-largest city in the Bavarian dialect area, after the Austrian capital of Vienna.

Arif Memduh Ün was a Turkish film producer, director, actor and screenwriter. His film, The Broken Pots, was entered into the 11th Berlin International Film Festival.

Asmalı Konak was a Turkish TV series directed by Çağan Irmak and written by Mahinur Ergun and Meral Okay. It was shown on ATV for a total of 54 episodes. The series was followed by a sequel, released as a feature film titled Asmalı Konak: Hayat.

And Then What? is a 2011 Turkish romantic comedy film, written and directed by Özcan Deniz, starring Deniz Çakır as an unhappily married woman who attempts to restart her long dormant career. The film, which opened on February 25, 2011 at number 2 in the Turkish box office, is one of the highest grossing Turkish films of 2011.

He's in the Army Now

He's in the Army Now

He's in the Army Now is a 2003 Turkish film, directed by Mustafa Altıoklar on a screenplay co-written by him and Levent Kazak.

Where's Firuze? is a 2004 Turkish comedy film directed by Ezel Akay and written by Levent Kazak based on a story of Özcan Deniz.

And Then What? is a 2011 Turkish romantic comedy film, written and directed by Özcan Deniz, starring Deniz Çakır as an unhappily married woman who attempts to restart her long dormant career. The film, which opened on February 25, 2011 at number 2 in the Turkish box office, is one of the highest grossing Turkish films of 2011. 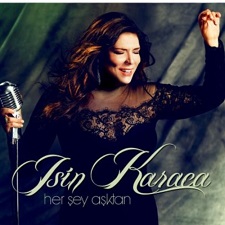 Her Şey Aşktan, is Işın Karaca's seventh studio album, released on 8 May 2013. This is her first pop album since Uyanış, which was released in 2009. She revealed the track listing on 29 March 2013 from her official Instagram account. She worked with Cansu, Fettah Can, Sefa Cheshmberah, Zeynep Talu, Selim Çaldıran, Elif Nün İçelli, Bora Duran and Zeki Güner for this album. She promoted the album during her "Başucu Şarkıları" talk show broadcast on 16 April 2013. During the show she revealed that the song "Herşey Aşktan" was previously titled as "Günaydın".

Asmalı Konak was a Turkish TV series directed by Çağan Irmak and written by Mahinur Ergun and Meral Okay. It was shown on ATV for a total of 54 episodes. The series was followed by a sequel, released as a feature film titled Asmalı Konak: Hayat.

Haziran Gecesi is a Turkish romantic drama television series that was shown in Kanal D. It started in 2004 and had 62 episodes. The main actors were played by Özcan Deniz, Naz Elmas and Burcu Kara. Gökhan Kırdar composed the soundtrack to the series which also includes "Yağmur" ("Rain"). 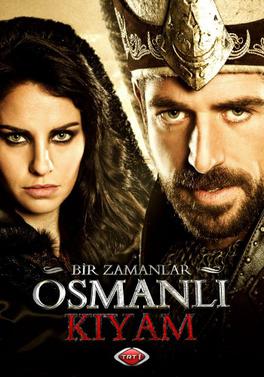 Bir Zamanlar Osmanlı: Kıyam is a Turkish historical television series about assassins, the tulip period and the Patrona Halil rebellion in the 18th-century Ottoman Empire. It was originally broadcast on Turkey's state television TRT. 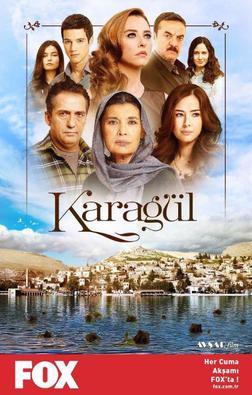 TRT 1 is the first Turkish national television channel, owned by state broadcaster TRT. It was launched on 31 January 1968 as a test broadcast and was officially launched in December 1971. It was the only channel in Turkey until 15 September 1986, when TRT launched its second channel, 2. Kanal. It is also available in Azerbaijan on terrestrial television. 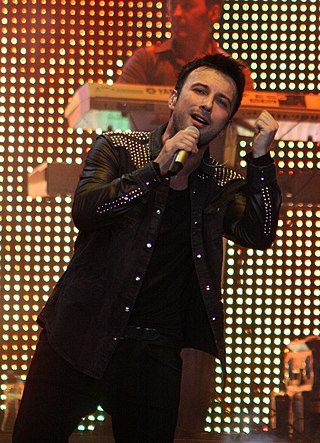 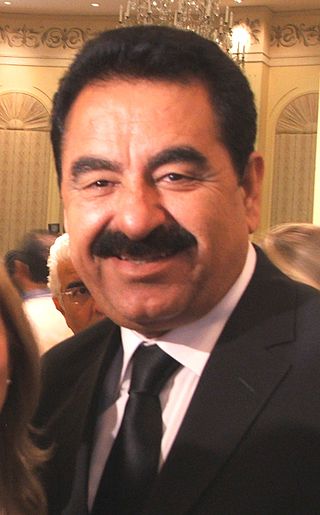 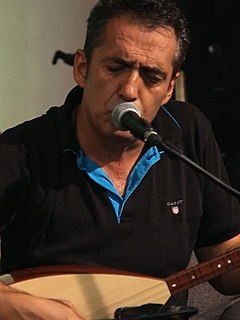 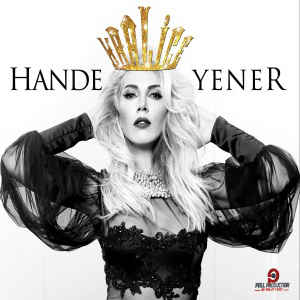